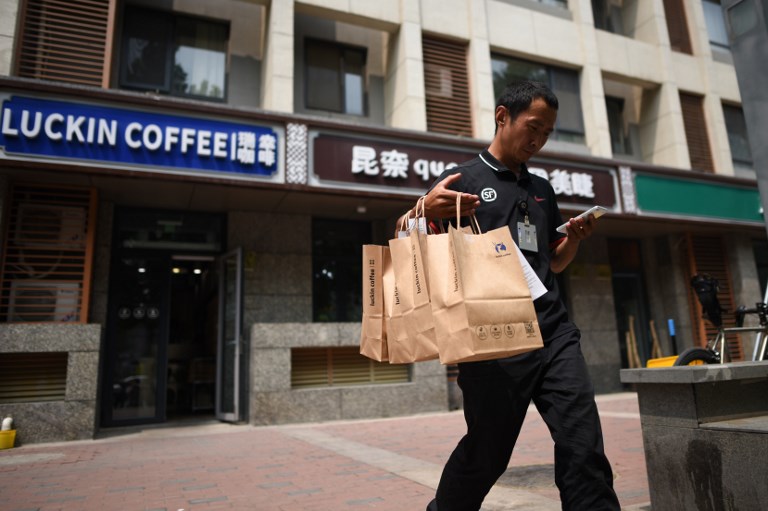 BEIJING, China – The chief executive of Luckin Coffee, a chain rivaling Starbucks in China, and another top executive have been sacked in the wake of a massive fraud scandal that has rocked the company.

Jenny Zhiya Qian, the CEO, and chief operating officer Liu Jian were terminated from their positions as part of an internal investigation into fabricated transactions, Luckin Coffee said in a statement on Tuesday, May 12.

The board of directors made the decision after a special committee conducting the probe brought “evidence that sheds more light on the fabricated transactions,” it said.

Both also resigned from the board.

The disclosure caused the company’s shares to sink by more than 70% in the NASDAQ stock exchange in New York. Trading in Luckin shares has been suspended ever since.

Liu and several collaborators had been suspended pending the outcome of the investigation.

The company said it will “continue to cooperate with the internal investigation and focus on growing its business under the leadership of the board and current senior management.”

Launched in 2017, the Chinese coffee chain made a remarkable debut on Wall Street in May 2019, raising US$561 million during its initial public offering. Shares soared by more than 50% during initial trading.

The coffee startup had aimed to dethrone Starbucks in China by pursuing an aggressive growth strategy, enticing customers with an app-based purchasing model which prioritized takeaway and delivery options, and generous mobile coupons.

By the end of 2019, the Xiamen-headquartered chain’s 4,500 outlets in mainland China had already surpassed Starbucks’ 4,300 stores, and investors touted the company’s potential to go global. – Rappler.com