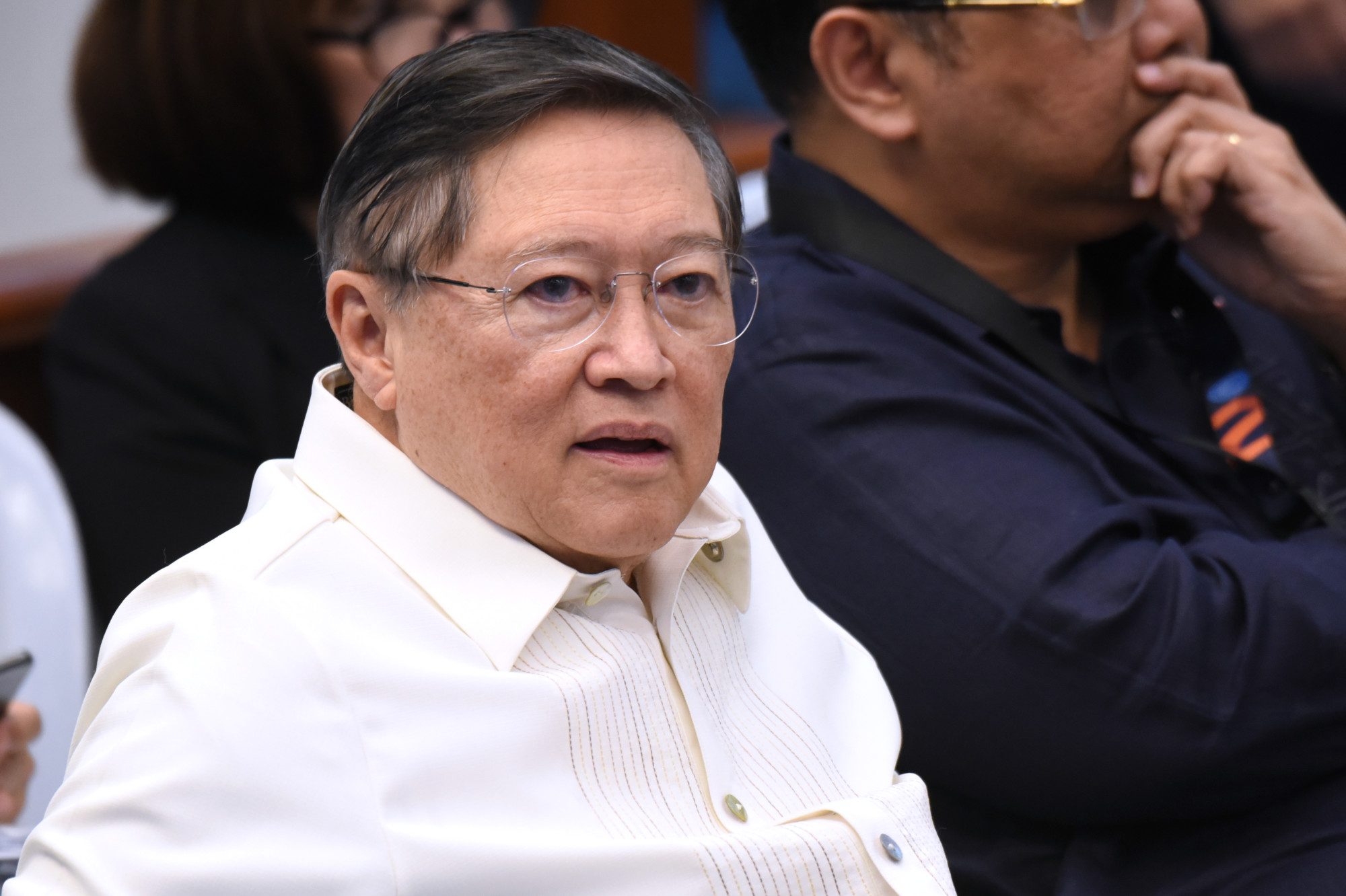 MANILA, Philippines – Finance Secretary Sonny Dominguez said that the economic team-backed P130-billion stimulus program is “appropriate” for the year, even as cabinet secretaries wished for more.

At the marathon Senate hearing on coronavirus measures, Dominguez was asked by Senate President Pro-Tempore Ralph Recto and Senator Imee Marcos, on separate occasions, whether the proposed P130-billion stimulus fund would be enough.

“At this point in time, we estimate that the stimulus program will be appropriate for the rest of the year,” Dominguez told Marcos, the Senate economic affairs chair, on Wednesday, May 20.

The economic team previously met with lawmakers at the Senate and the House of Representatives to propose the PH-Progreso program, of which only P131 billion would be the additional spending on top of the 2019 and 2020 general appropriations law.

Congressmen had earlier argued that the amount is not enough to propel the economy.

Cabinet secretaries’ wishlist: Later on Wednesday, Recto asked the labor, tourism, and transportation departments – who were present at the hearing – how much they would need to assist the affected stakeholders as part of their “wishlist.”

For the 3 departments alone, the proposed stimulus package amounted to P205 billion.

“I’m not saying we should give everyone, ha. I’m just saying that part of the hearing is to know the real score,” Recto said.

Recto earlier questioned whether the proposed stimulus package would be enough, in anticipation of higher unemployment rates and more businesses closing shops. “Is that all we need to address the needs of the time?”

Why not ask for more? Dominguez said Tuesday that the economic team is constrained in requesting for a higher bailout program as they only collected some P130 billion in additional revenues from the government-owned and controlled corporations’ dividends.

“We do not have the required additional revenue to support additional supplemental budget. We are living within our means, plus we are trying to appropriate (sic) whatever we have to support our most vulnerable community,” Dominguez said.

“Probably we should have more, but this is all that we have really put a lot of there,” he added.

Article VI Section 25 (4) of the Charter requires that special appropriations bill shall be “supported by funds actually available as supported by the National Treasurer, or to be raised by a corresponding revenue proposed therein.”

In the past 4 years of the Duterte administration, there was never an official request for a supplemental budget from the executive. Historically, such requests are based on existing sources of revenue or available current surplus.

The finance chief argued that the best way to spend the additional cash that the government has would be to invest it into government financial institutions like Landbank, DBP, and PhilGuarantee.

He said Wednesday that the P70-billion investment would yield around P800 billion worth of loans, adding that the multiplier effect per P1 capital infused to banks is at 8.5 to 10 times. It’s even bigger for guarantees at 12 to 20 times, he said. – Rappler.com