May 27, 2020 11:40 PM PHT
Agence France-Presse
Facebook Twitter Copy URL
Copied
If passed, this proposal would be the biggest European Union stimulus package in history. But Germany predicts talks would drag on until the end of 2020. 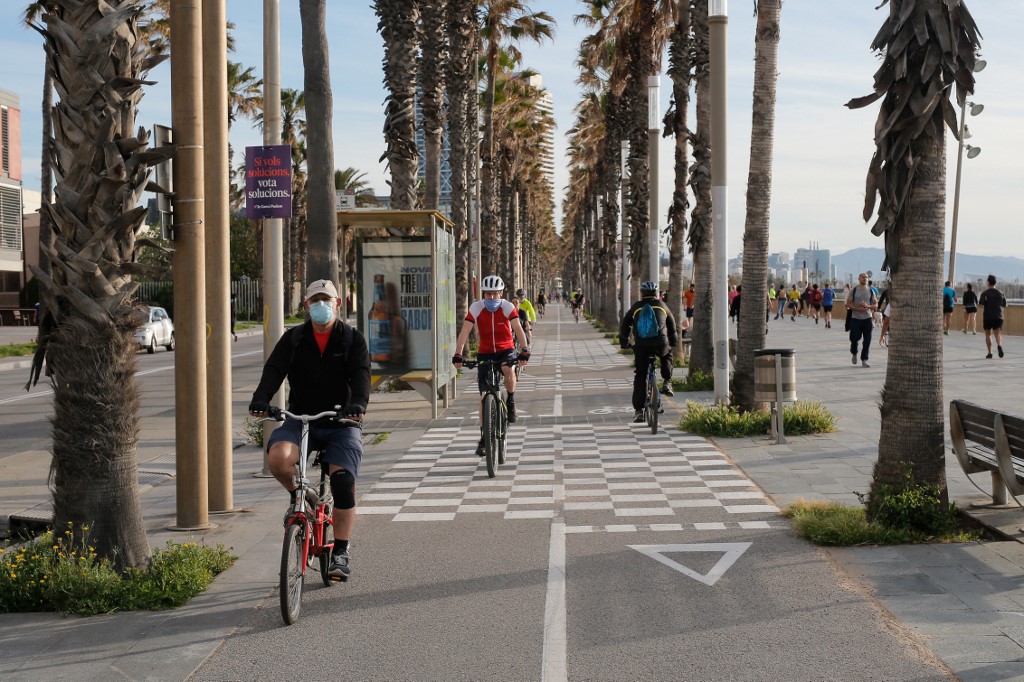 The global coronavirus outbreak has already thrust the EU into its deepest ever recession, and Von der Leyen’s proposal would help the worst affected countries.

But the path ahead will be long, with cost-cutting member states promising fierce opposition and Germany warning that the plan would only come into effect next year.

If passed, the proposal would be the biggest EU stimulus package in history and could see Europe-wide taxes on plastics and big tech introduced in a major advance for European integration.

“This is Europe’s moment,” Von der Leyen told a session of the European Parliament as she announced the plan.

“We either all go it alone, leaving countries, regions, and people behind…or we walk that road together,” she said. “Let us put aside the old prejudices.”

Spreading quickly from China, the virus has killed more than 173,000 people in Europe and put its economy in a deep freeze.

Businesses are only slowly reopening and tight controls on borders are still stifling travel and trade, leaving a very uncertain outlook for the future.

Officially called “EU Next Generation,” the plan comes at the urging of Italy and Spain, Europe’s first victims of the outbreak that are too burdened with debts to rebuild their economies alone.

If member states accept the deal as drafted, Italy would receive 81.8 billion euros in direct aid over the next few years, and 77.3 billion euros would go to Spain.

“Just to put this into context, this means additional EU expenditure in Italy worth roughly 5% of GDP (gross domestic product),” tweeted Lucas Guttenberg of the Delors Institute in Berlin.

“We can safely say that the EU graduates to a small-but-serious macro player today,” he said.

In all, the EU would offer grants of 405 billion euros, with the European Commission borrowing 750 billion euros on the markets to pay for it.

The money would also pay for loans, with Italy receiving credits for up to 90 billion euros and Spain 63 billion.

The commission will now face opposition from the so-called Frugal Four – the Netherlands, Denmark, Sweden, and Austria – who have traditionally vetoed using the EU budget to redistribute funds to the indebted south.

They have insisted on a loans-only rescue, accusing southern Europeans of living beyond their means and piling on debt instead of choosing cost-cutting reform.

The fund will be linked to the EU’s long-term budget for 2021 to 2027 and both must be adopted unanimously by the 27 member states and ratified by MEPs.

“The positions are far apart…so negotiations will take time,” a Dutch diplomat said.

“It’s difficult to imagine this proposal will be the end state of those negotiations,” the diplomat added.

The frugals will make their fight without usual ally Germany.

She also accepted that aid could come through direct grants rather than loans in another policy U-turn by Berlin.

Von der Leyen will devote the next weeks and months to tough negotiations along with EU Council head Charles Michel, who chairs EU summits.

Michel said EU leaders would meet on June 19 to discuss the issue, but Merkel in Berlin predicted talks would drag on until the end of the year.

“It’s clear that we’re headed for tough negotiations, they will not be concluded at the next” EU summit, ” Merkel told reporters.

“The goal should be to have enough time in the autumn for national parliaments and for the European Parliament to examine things so it can all go into effect on Jan 1, 2021,” she said. – Rappler.com