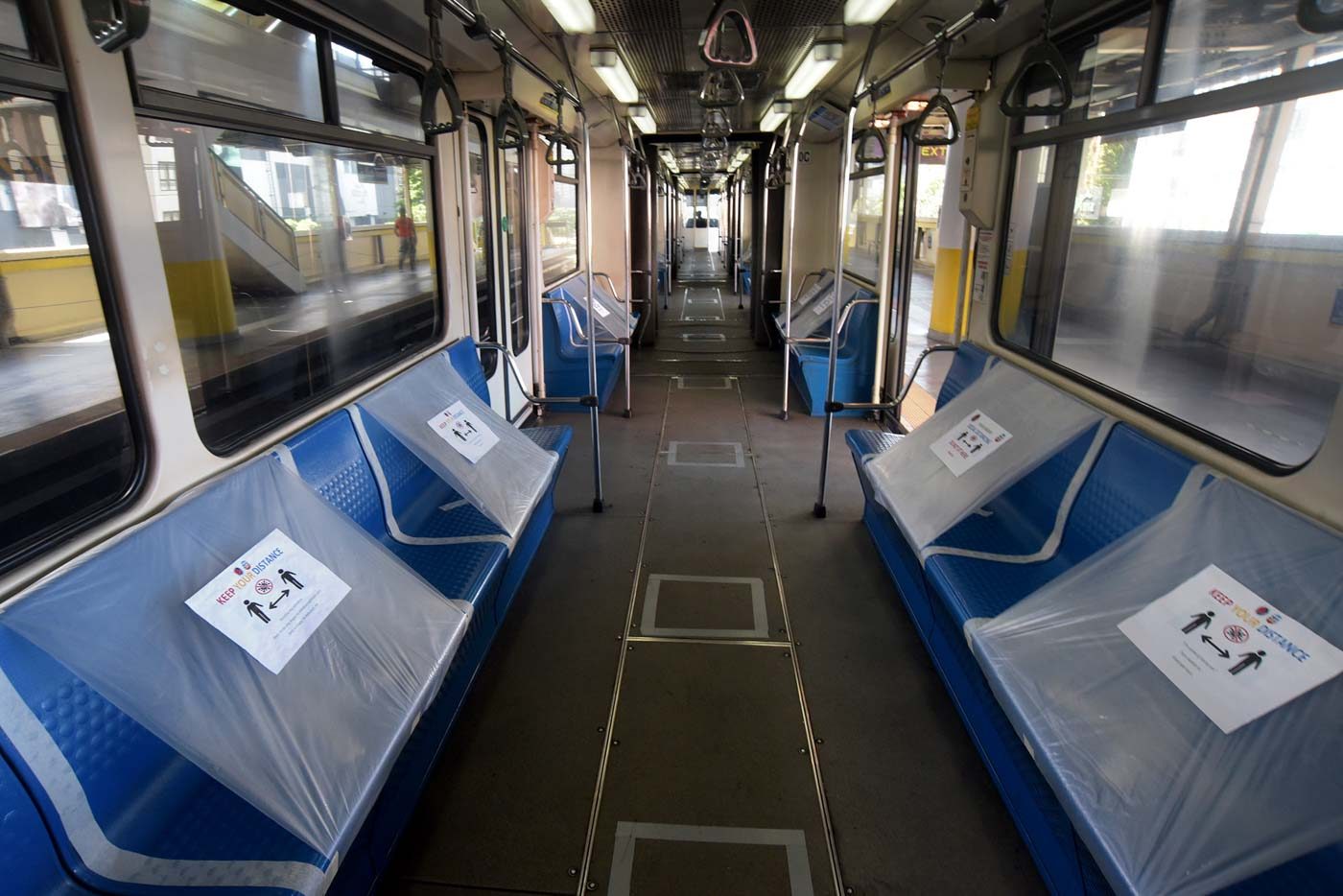 Facebook Twitter Copy URL
Copied
The Department of Transportation says the number of MRT3 train sets will be increased to 19 on Monday, June 1. But each train set will only be at 13% capacity due to physical distancing.

From 15 train sets before the enhanced community quarantine (ECQ) began in Metro Manila last March 15, the Department of Transportation (DOTr) said there will be 19 train sets beginning Monday.

But with physical distancing to be enforced to prevent the spread of the coronavirus, there can only be 153 passengers per train set, according to MRT3 Director for Operations Michael Capati.

This is only 13% of the 1,182 capacity per train set pre-ECQ. (READ: Will public transportation be enough once Metro Manila is placed under GCQ?)

The addition of trains would help ease the load, said Transportation Secretary Arthur Tugade in a statement on Sunday, May 31.

(Through this, we’ll be able to increase trips and accommodate more passengers despite the limited capacity.)

Markers were placed in the trains to remind commuters of the one-meter physical distancing requirement.

The MRT3, pre-pandemic, was notoriously congested, with long lines snaking around train stations and passengers crammed inside trains during rush hour. (READ: On their own: Commuters and the looming transportation crisis in Metro Manila)

The DOTr also said that starting Monday, trains will run at up to 40 kilometers per hour (km/h) between North Avenue and Santolan stations, and between Buendia and Taft stations. The pre-ECQ speed was 30 km/h for the entire railway line.

“This will reduce headway, or the time between trains, from an average of 9 minutes pre-ECQ to an average of 6 minutes upon resumption of operations,” added the transportation department.

The DOTr said it was able to add more trains and increase operating speed through ongoing rail replacement activities and the agreement to deploy 3 more Dalian train sets.

The DOTr earlier said that if rail replacement activities are completed in September, the 30 km/h speed of the MRT3 could be gradually increased to 60 km/h by December.