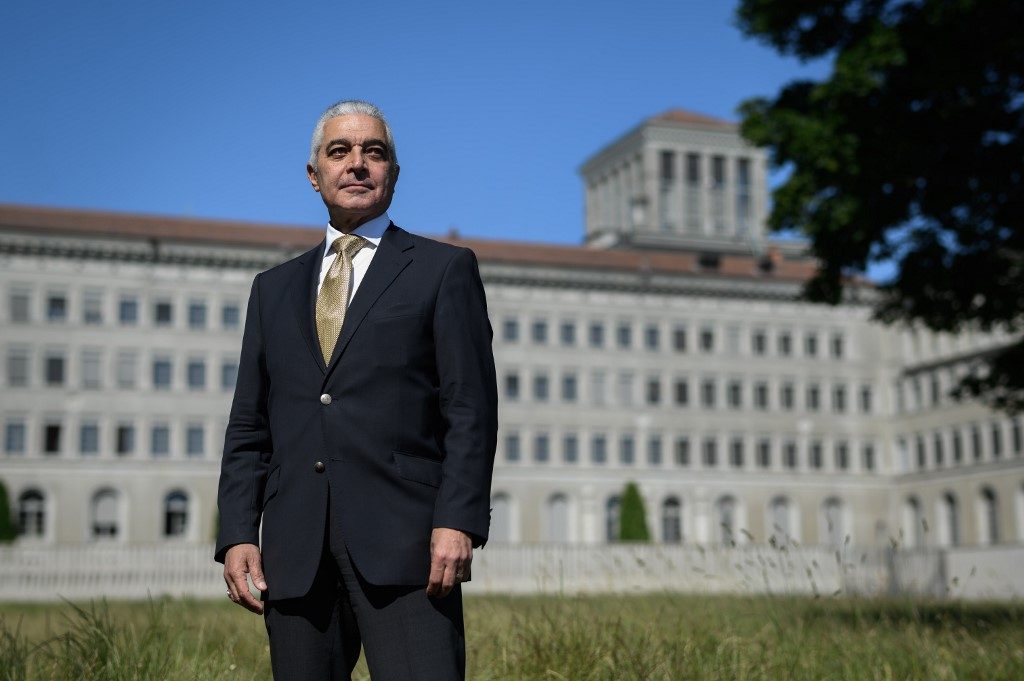 GENEVA, Switzerland – As the World Trade Organization (WTO) prepares to search for a new director-general, it should commit to finally handing the top job to an African, a candidate for the post said.

Hamid Mamdouh, a former Egyptian diplomat, told Agence France-Presse in an interview this week that African countries were determined to take the reins of the organization for the first time.

“The African Union (AU) decided back in July 2019 that the next director-general of the WTO should be from Africa,” he said.

“It’s a strong sentiment,” said the 67-year-old, who spent more than 20 years in high-level WTO posts.

Mamdouh, who also holds Swiss citizenship after living in the country for 35 years, is not the only African expected to bid for the job.

Nigerian Yonov Frederick Agah, a WTO deputy director-general, and Eloi Laourou, Benin’s ambassador to the United Nations in Geneva, were also preselected by the AU in February for consideration.

The AU had been aiming to whittle the choice down to a single African candidate by July, well ahead of the initially scheduled kick-off date for a months-long election process in December.

But earlier this month, the WTO’s current chief, Roberto Azevedo of Brazil, suddenly announced his “personal decision” to step down on August 31 – a full year before his mandate expires.

The surprise announcement forced the global trade body to accelerate the nomination process, with anyone wishing to replace him given from June 8 to July 8 to announce their candidacy.

It remains to be seen if African countries will manage to rally around a single candidate by then.

And reaching consensus could be further complicated if Amina Mohamed, a Kenyan politician and former diplomat who ran against Azevedo when he won his first term in 2013, joins the race, as some expect she will.

Whoever wins the top spot will have their work cut out for them, at a time when the coronavirus pandemic has pushed the global economy and international trade into turmoil, facing downturns not seen since the Great Depression.

The 164-member organization was already in crisis before the pandemic hit, dealing with raging trade wars and scathing criticism from the United States under President Donald Trump, who has pushed for reforms of the Geneva-based body.

But Mamdouh says that with his long WTO track record he is cut out for the job.

After arriving in Geneva in 1985 as an Egyptian trade negotiator, he joined the WTO’s predecessor organization GATT in 1990 as a legal advisor and rose to become a deputy director-general.

He helped draft the agreement that became part of the foundation for the WTO in 1995, and he subsequently spent more than two decades at that organization in high-level roles.

He spent most of the time as head of the Trade in Services and Investment division before leaving in 2017.

Since then, he has served as senior council with the King and Spalding law firm and as a visiting professor at Queen Mary University of London.

Mamdouh acknowledged that his profile was “a bit of a departure from the typical profiles of previous directors-general.”

But he stressed that his experience helping to build the organization from the ground up would be valuable as it faces growing demands for reform.

“WTO is member-driven…. But in order to drive, your car must be in a working condition,” he said.

“If you’re embarking on a reform process…would you [not] rather have one of the engineers who helped design and put the system together to help you take it apart, have a good diagnostic analysis…and then help you put the car back together?” he asked.

Since Trump came to power in 2017, Washington has been openly hostile to the WTO’s multilateral approach, and late last year forced the closure of its appeals panel, accusing it of serious overreach.

But Mamdouh stressed that the US was not the only country eager to see WTO reform.

“Everybody agrees that reform is needed,” he said.

“How do you actually interpret that – this is where you get the differences,” he added.

Mamdouh stressed the need to rebalance the organization, which has increasingly tilted towards resolving trade disputes, as talks towards new global trade rules have been largely stagnant for more than two decades.

“The negotiating function has broken down…. It is the first priority to repair that function.” – Rappler.com