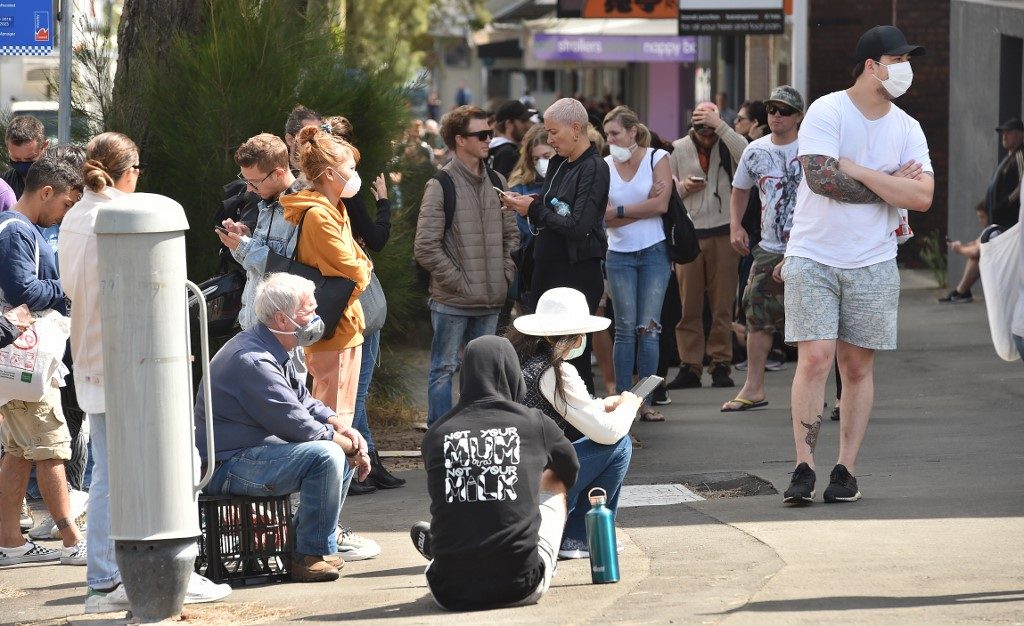 Facebook Twitter Copy URL
Copied
Australia's gross domestic product shrinks 0.3% in January-March 2020. It is now on track to enter its first recession since 1991.

SYDNEY, Australia – Australia is heading for its first recession in nearly 3 decades after the economy shrunk in the January-March quarter, with a “far more severe” reading expected in the next 3 months as the effects of the virus shutdown bite.

The 0.3% contraction was the first quarterly drop since 2009 during the global financial crisis and came as the lockdown exacerbated the impact of a prolonged drought and massive bushfires.

And while it was smaller than the forecast 0.4% drop, Treasurer Josh Frydenberg said Australia was now on track to enter its first recession since 1991 “on the basis of the advice that I have from the Treasury Department about where the June quarter is expected to be.”

“The economic impact will be severe. Far more severe than what we have seen today,” Frydenberg said.

Authorities ordered numerous businesses shut and closed the country’s international borders to stem the spread of COVID-19, costing the economy billions of dollars but achieving success in containing the virus.

“We were on the edge of the cliff. What we were facing was an economist’s version of Armageddon,” he said.

“We have avoided the economic fate, and the health fate, of other nations because of the measures that we have taken as a nation.”

The government has effectively bankrolled swathes of the economy – subsidizing wages and urging rent deferrals in order to keep businesses on life support until normal life returns.

Millions of Australians have lost their jobs or seen hours slashed, but officials hope a 3-stage approach to lifting virus restrictions will help restore the economy.

National Australia Bank’s Kaixin Owyong said the economy would likely shrink 8.4% in the next 3 months.

But she added that the lifting of restrictions earlier than expected “points to economic recovery beginning in the 3rd quarter, with high-frequency indicators…showing spending is picking up as restrictions are eased.”

She did, however, warn that a full rebound was some time off as borders were still closed, which will continue to hit trade.

“Full recovery will also require confidence in health and economic outcomes to be restored, where households may remain cautious for some time given record job losses and with the labor market historically lagging recovery in activity,” she added.

Australia has recorded about 7,200 cases and 102 deaths from the coronavirus, with many regions now regularly reporting zero new daily cases. – Rappler.com