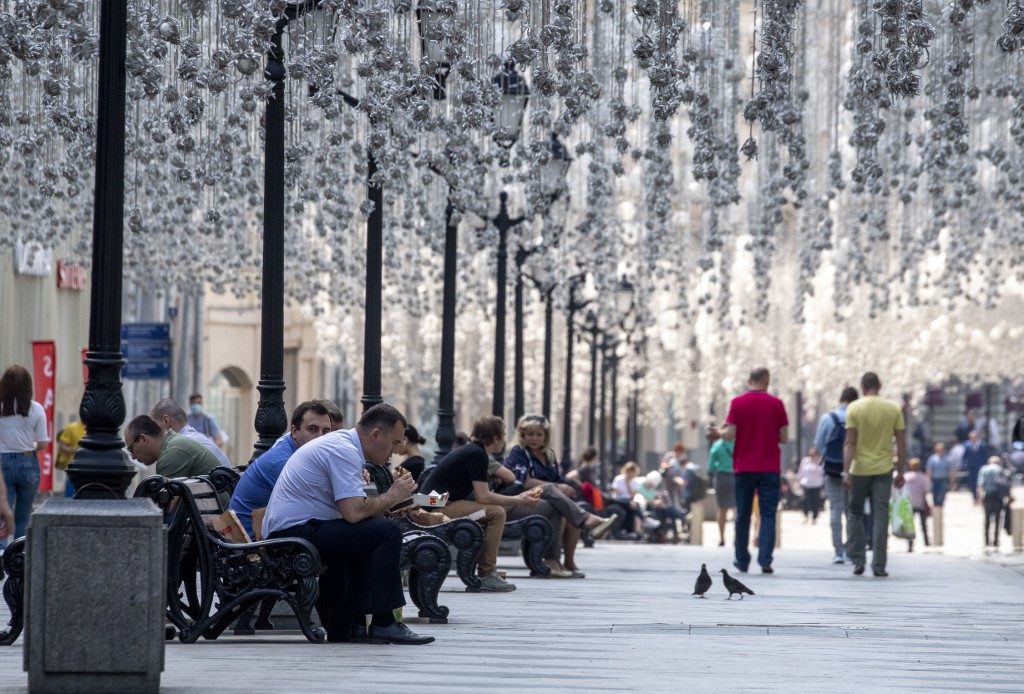 MOSCOW, Russia – Russia’s central bank on Friday, June 19, announced a 1-percentage-point cut to its key interest rate, taking it to 4.5%, the lowest level in decades, in a bid to revive the economy after a virus shutdown.

A global slump in demand during months of lockdown measures triggered by the coronavirus pandemic led to “more profound than expected” disinflationary factors, the bank said in a statement.

The bank has abided by a conservative monetary policy for years, targeting 4% inflation, but said on Friday that the rate decision was taken because this figure may dip “significantly” below the target next year.

It said the negative effect of the economic lockdown has been “more extended” than previously assumed, hitting investment and incomes and increasing unemployment.

“The influence of the weaker ruble and the episodes of increased demand for certain product groups in March has been exhausted,” it said.

It said further cuts would be considered, based on inflation dynamics, economic activity, and domestic and global market risks.

The next bank meeting on monetary policy is scheduled for July 24.

Russia’s State Statistics Agency on Friday published figures showing employment grew to 6.1% in May, steadily growing from 5.8% and 4.7% in April and March, respectively.

Consumer spending fell by 19.2% in May year-on-year, figures showed, though rose from even lower levels in April of this year by 6.7%.

President Vladimir Putin declared a “non-working” period from late March, but on May 12 lifted the national lockdown, saying regions were free to impose rules based on local stages of the pandemic.

Some sectors of economy were opened up, though many remain crippled by the restrictions.

The central bank predicted that the contraction of the economy in the 2nd quarter “could prove more sizeable than expected,” after growth of 1.6% in the 1st quarter.

It predicted the gross domestic product for the year 2020 would shrink by 4% to 6%, and a return to pre-coronavirus levels of economic growth only in 2022.

Central bank chief Elvira Nabiullina said she also expected the recovery to take longer than previously forecast, notably due to oil production cuts at least until the end of July that Moscow has agreed with the Organization of the Petroleum Exporting Countries cartel.

The new key rate is the lowest in recent history, below the previous record of 5% in June 2010.

“This is quite a change relative to previous 5 years of quite conservative monetary policy,” said Renaissance Capital’s chief economist Sofiya Donets.

“So it could clearly affect both borrowing and savings in the economy,” she told Agence France-Presse (AFP), adding she expects a return to a more neutral policy next year.

“The rate of 5% or below would indeed be the lowest over this century,” said Dmitry Polevoy, chief economist at the Russian Direct Investment Fund.

“With downside risks to inflation outlook, strong ruble, and recessionary economic environment, there is clearly room to enter this uncharted territory of lower policy rate to fuel the just-started economic recovery,” he told AFP. – Rappler.com