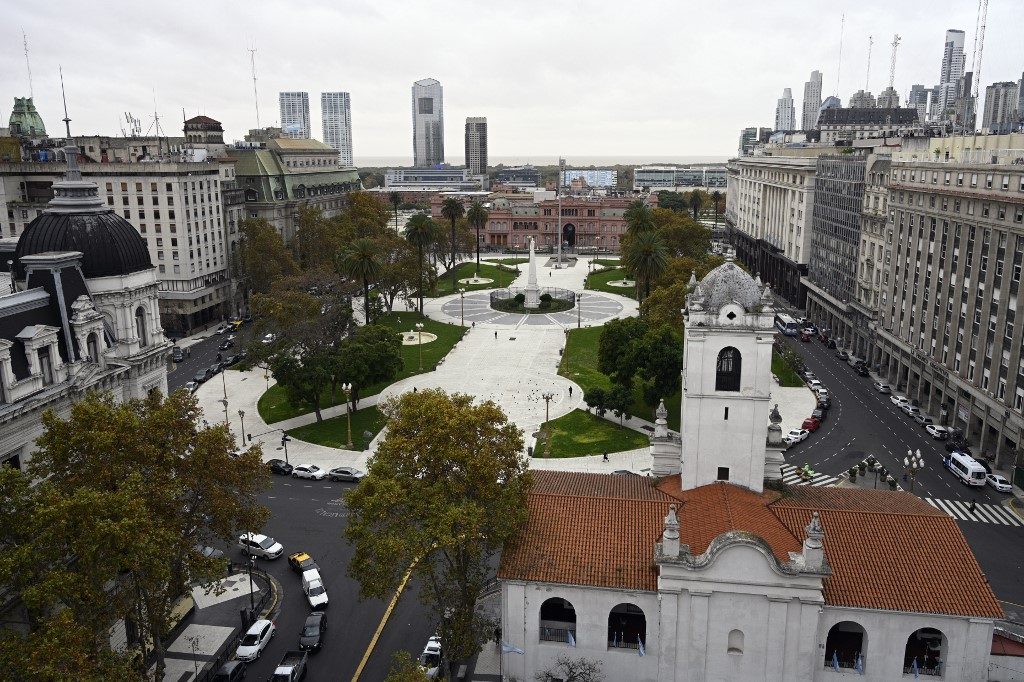 BUENOS AIRES, Argentina – Argentina’s tug-of-war negotiations with creditors over a $66-billion debt restructure plan was progressing, President Alberto Fernandez said on Friday, June 19, as the deadline to find a deal was extended once again.

“The negotiations are progressing in fits and starts. In 2005, when we renegotiated the debt, a year went by. Now 2 or 3 months have gone by and we’re being asked for results. What’s needed is less worry and to keep on working,” Fernandez told Radio Nacional as Argentina extended its deadline for a 4th time.

The new deadline has now been set for July 24 “to continue discussions and allow the investors to contribute to a successful restructure,” the government said in a statement.

The news sparked an 8% surge in the Buenos Aires stock exchange.

It comes during a week in which the renegotiation talks appeared to have broken down after one group of creditors, Ad Hoc, which represents 13 international funds, revealed on Tuesday night, June 16, it would not accept Argentina’s latest offer and was considering taking the South American country to court in New York.

Crisis-wracked Argentina has proposed an exchange offer to bondholders under foreign law, but has yet to find common ground over interest rates and a grace period.

“We’re confident we will reach an agreement. But COVID-19 totally complicated everything. Many of the creditors are banking on the pandemic passing to negotiate in better conditions,” Fernandez added.

Already reeling from two years of recession, Argentina’s economy has been further punished by the coronavirus pandemic and is expected to shrink by 6.5% this year. (READ: Coronavirus pandemic poses perfect storm scenario for Argentine debt)

And almost a month has passed since Argentina – one of the world leaders in food exports – defaulted for the 9th time after failing to pay $500 million of interest on its bond debt.

Argentina, which has been involved in months of tough negotiations, has received backing from the International Monetary Fund in its bid to come to an agreement with creditors, but Fernandez insists any new deal must be sustainable.

The country’s original offer to creditors in April requested of bondholders a 3-year grace period on debt repayment, a 62% reduction on interest amounting to $37.9 billion, and 5.4% on capital – or $3.6 billion.

That was rejected and the government has since upped its terms but insists it won’t offer creditors more than 50 cents on the dollar – while Ad Hoc says it won’t accept less than 55 cents.

The bonds Argentina is trying to exchange represent almost a fifth of the country’s $324-billion debt, which amounts to around 90% of its gross domestic product.

Around 35% of its 44 million people live in poverty. – Rappler.com