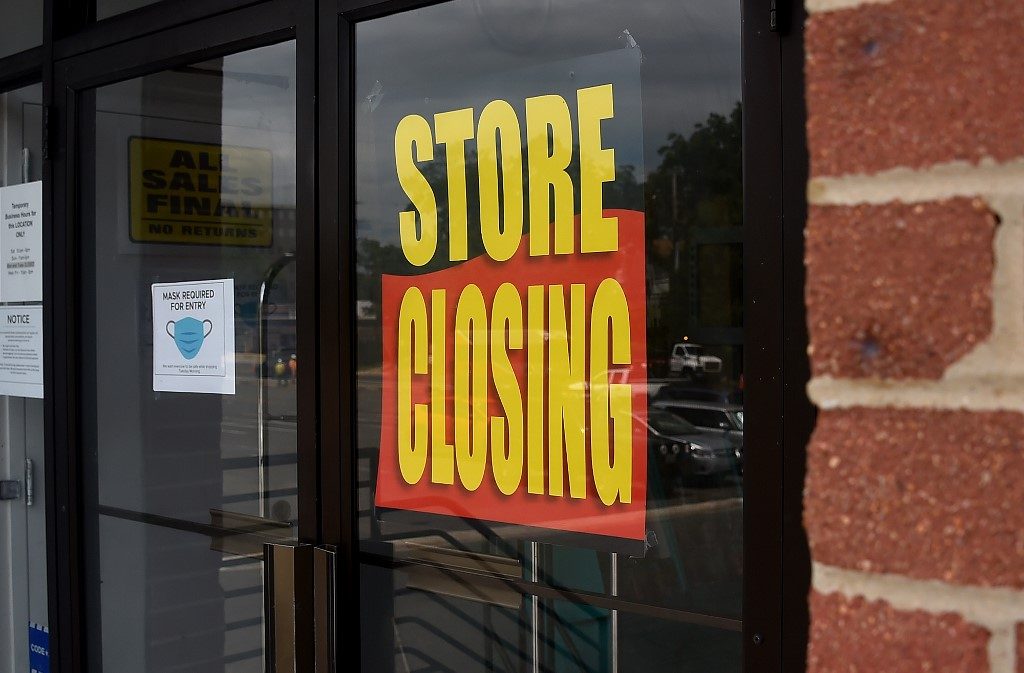 WASHINGTON, USA – Claims for benefits from newly laid-off workers remain stubbornly high in the United States, amid fears the resurgent coronavirus could reverse the economy’s progress.

Labor Department data released on Thursday, June 25, showed another 1.48 million Americans made new claims for unemployment benefits last week, a drop of only 60,000 from the week prior, indicating that even as states allow businesses to resume after shutting activity down in mid-March, some employers might not be able to make it.

“We have made it through the initial employment shock and are now seeing the troubling long tail of second order effects as many businesses gradually realize that conditions won’t get back to anything close to normal in the near future,” Shai Akabas, director of economic policy at the Bipartisan Policy Center, said on Twitter.

The latest data brought layoffs to 47.2 million since the lockdowns began.

Adding to the toll were the 728,120 people applying for benefits last week under a special program authorized in the $2.2-trillion CARES Act stimulus package for contractors and the self-employed, workers not normally eligible for such benefits.

The insured unemployment rate indicating people actually receiving benefits was at 13.4% in the week ended June 13, down only half a point despite hopes people would go quickly back to their jobs as states reopened.

Jobless claims peaked in late March after skyrocketing due to the business shutdowns, but they’ve remained well above any weekly level seen during the global financial crisis since then, and the unemployment rate hit 13.3% in May.

Rubeela Farooqi of High Frequency Economics noted positively that the 4-week moving average on claims has fallen from 1.78 million to 1.62 million.

“The decline in continuing claims for a 3rd straight week is encouraging and continues to signal hiring and rehiring.”

The Paycheck Protection Program (PPP) created by the CARES Act offered loans that turned into grants if employers rehired all employees laid off as the pandemic hit.

But Oxford Economics warned those conditions could actually feed the unemployment, with companies having taken the money and then laid off their workers again.

“We might be starting to see some layoffs by firms who received PPP loans and have met the requirements for loan forgiveness,” Oxford said in a note.

Parts of the US seem to be backsliding in their fight against the coronavirus, with more than 35,900 cases reported in 24 hours on Wednesday, June 24.

“The danger now is that claims rebound in other states where infections are rising rapidly, and people are starting again to stay away from restaurants and malls,” Ian Shepherdson of Pantheon Macroeconomics wrote in an analysis.

The data was more straightforward in the manufacturing sector, where durable goods rose 15.8% in May to $194.4 billion, according to the Commerce Department.

That was a big jump from April’s downwardly revised 18.1% plunge, with much of the gains coming from the transportation sector where orders rose 80.7% as planemaker Boeing and the Detroit automakers got back to work after the coronavirus closed their factories.

But the growth could be reversed if spreading outbreaks force factories closed again, and Farooqi warned of weak trends in the data, which showed all orders down 17.9% compared to last year and down 6.3% excluding transportation.

The Commerce Department also released its latest gross domestic product forecast showing the economy shrinking 5% in the 1st quarter, even though business shutdowns were widespread only during its last two weeks. – Rappler.com