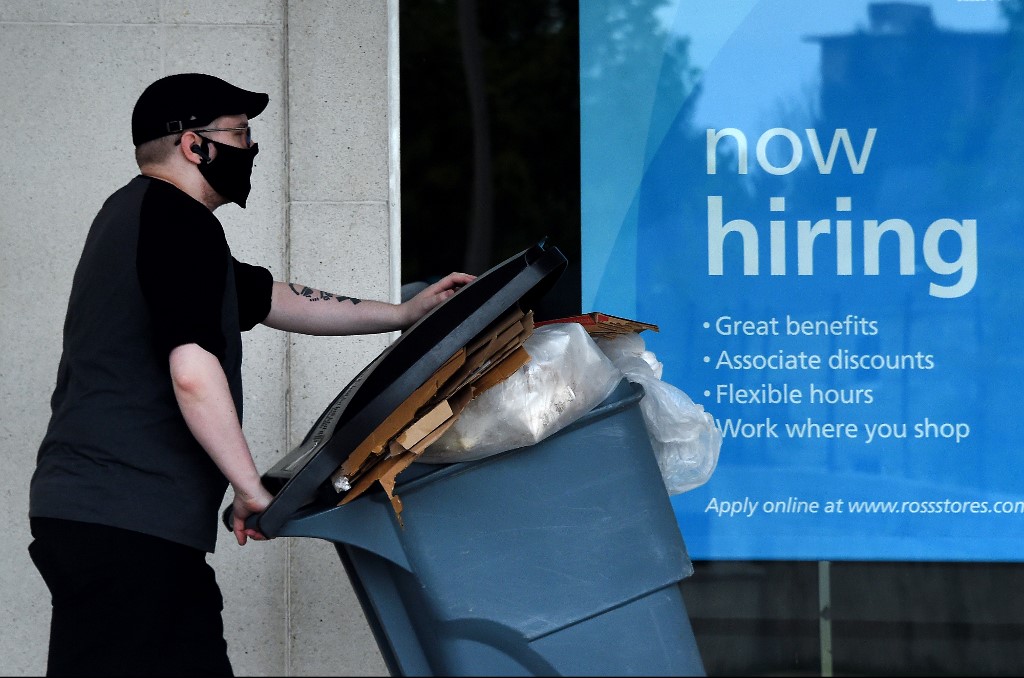 The reports underscored the benefits of the recent easing of restrictive measures imposed to stop the virus from spreading, even as a surge in cases across the US raises concerns that many businesses will have to shut down again.

Private firms hired 2.4 million workers in June, according to data from payroll services firm ADP. Combined with the 3 million hires in May, it means a quarter of the 20 million people who lost jobs in March and April due to the pandemic have returned to work.

Separately, the Institute for Supply Management’s (ISM) manufacturing index jumped to 52.6% in June, showing a return to growth as parts of the industry rebounded at unheard-of rates.

However, the manufacturing sector is recovering from the weak levels caused by COVID-19, while the private sector hiring was more than a million jobs short of what economists had expected.

With more than 40,000 new US coronavirus cases reported every day and some states reinstating lockdown measures, analysts fear the recent progress could be reversed.

“We’re happy that manufacturing activity appears to have risen in June, but a full recovery is a long way off, and we’re worried about the risk of a temporary relapse in the face of the second COVID wave,” Ian Shepherdson of Pantheon Macroeconomics said.

More than two-thirds of the new private sector jobs were in small businesses of less than 50 workers, which added 937,000 positions last month, the data showed. And 961,000 were in leisure and hospitality – a sector almost entirely shut down by the efforts to contain COVID-19.

Ahu Yildirmaz, vice president and co-head of the ADP Research Institute, said the payroll data showed a “significant rebound” in employment, particularly in sectors hardest-hit by the shutdowns.

“In fact, 70% of the jobs added this month were in the leisure and hospitality, trade, and construction industries,” she said.

Construction added 494,000 workers, however Commerce Department data released on Wednesday showed spending in the sector dropping 2.1% in May, below expectations.

The ADP data are closely watched as a preview of the government employment report for June, due out Thursday, July 2, where the forecast is for a slight drop in the unemployment rate from the current 13.3%.

Rubeela Farooqi of High Frequency Economics cautioned that even with the job gains, “the unemployment rate will likely remain high, signaling that conditions in the labor market remain weak with a renewed threat to activity and jobs from a resurgence in virus infections.”

The manufacturing sector also saw a gain in employment of 10 percentage points, according to the ISM survey, while production jumped 24.1 points and new orders surged to 56.4%, more than doubling from May.

Survey respondents also were more positive than cautious, though many complained business in the sector key to overall US growth was not back yet to normal.

“While we are seeing signs of an uptick in business activity, it is a slow recovery at this point,” a chemical products executive said.

While low interest rates have ensured the housing market remains strong, the Mortgage Bankers Association weekly data showed a drop in loan applications in the week ended June 26, both in purchases and refinancing. – Rappler.com