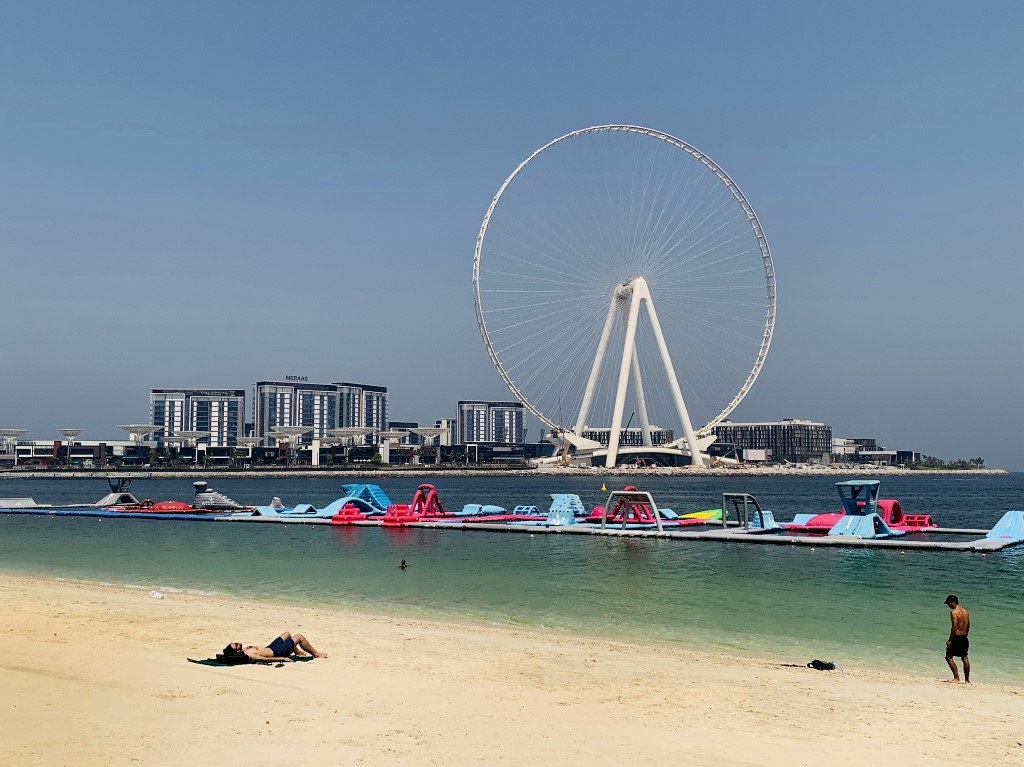 DUBAI, United Arab Emirates (UPDATED) – With a “welcome” passport sticker and coronavirus tests on arrival, Dubai reopens its doors to international visitors on Tuesday, July 7, in the hope of reviving its tourism industry after a nearly 4-month closure.

But businesses are mainly betting on those already living in the gleaming desert city to energize its ailing economy and serve as a test run before wary foreign holidaymakers return.

Italian tourist Francesca Conte said on arrival she was worried up until the last minute that her flight would be canceled.

“When I saw passengers queueing at the gate, I thought today we are not leaving, since the trip to Dubai had already been skipped 3 times,” Conte said.

She said she felt sad “seeing empty spaces” on the plane and stewards and hostesses “dressed like nurses and doctors,” in their lab coats.

The reopening on Tuesday came even as the number of COVID-19 cases in the United Arab Emirates climbed to 52,600 including 326 deaths, with millions of foreign workers living in cramped accommodation particularly hard hit.

Incoming tourists are required to present a negative test result taken within 4 days of the flight. If not, they can take the test on arrival, but must self-isolate until they receive the all-clear.

Tourism has long been the lifeline of the glitzy Gulf emirate, one of the 7 sheikhdoms that make up the UAE.

High season starts in October when the scorching heat of the Gulf summer starts to dissipate.

Dubai welcomed more than 16.7 million visitors last year, and before the pandemic crippled global travel, the aim had been to reach 20 million arrivals in 2020.

“We are ready to receive tourists while we take all necessary precautions,” said Talal Al-Shanqiti of Dubai’s General Directorate of Residency and Foreigners Affairs in a video message tweeted on Sunday, July 5.

With scant oil resources compared to its neighbors, Dubai has built the most diversified economy in the Gulf, boasting a reputation as a financial, commercial, and tourism hub despite an economic downturn in recent years.

The city-state is known for its mega malls, high-end restaurants, and 5-star hotels and resorts.

But all have taken a severe hit during the coronavirus outbreak, and Dubai’s gross domestic product in the 1st quarter of 2020 contracted 3.5% following two years of modest growth.

Dubai-based airline Emirates, the largest in the Middle East, has been forced to slash its sprawling network and is believed to have laid off thousands of staff.

As the hospitality business works out how to create an environment that follows strict hygiene rules but is still worth the hassle for potential foreign clients, hotels are offering Dubai residents “staycation” and “daycation” deals to offset the slump.

Restarting hospitality by “primarily targeting the domestic market is an important first step in our phased approach towards restoring normalcy in the tourism industry,” said Issam Kazim, chief executive officer of the Dubai Corporation for Tourism and Commerce Marketing.

And key to the effort are health and safety measures at hotels to “reassure guests and travelers that Dubai is one of the world’s safest destinations,” he said in a statement last month.

Boosting domestic tourism is also part of the strategy of the UAE’s other main destination, the oil-rich capital Abu Dhabi, which welcomed a record 11.35 million international visitors in 2019.

The UAE’s capital is home to top attractions including an F1 circuit and the Louvre Abu Dhabi museum, which in late June opened its doors to masked, gloved visitors after a 100-day closure.

But the emirate does not share Dubai’s enthusiasm about opening doors to foreign tourists just yet, although those with negative test results are now allowed to enter.

“Plans have changed and we are not expecting to have the same numbers of 2019 this year definitely. It would take another 2 to 3 years,” said Ali Al Shaiba, executive director of tourism and marketing for the Abu Dhabi Department of Culture and Tourism.