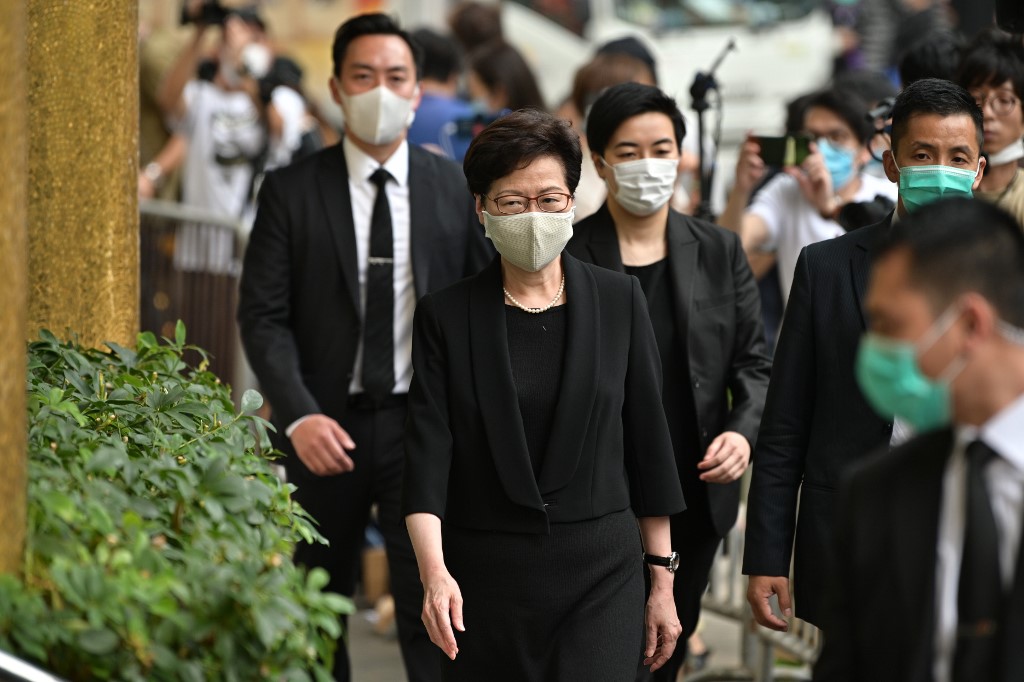 HONG KONG – Hong Kong politicians, tycoons, and celebrities joined grieving relatives on Friday, July 10, at the funeral of Stanley Ho, the flamboyant gaming magnate who made his fortune in neighboring Macau.

It was the 3rd day of ceremonies for the Hong Kong-born Ho, who played an integral role in transforming the former Portuguese colony from a sleepy outpost into the world’s biggest casino hub.

In the morning, black-clad family members including Ho’s daughter Pansy and his 4th wife Angela Leong arrived at the funeral home, in the northeast of Hong Kong Island.

Local politicians including city leader Carrie Lam, as well as her predecessors Leung Chun-ying and Tung Chee-hwa, arrived at about noon, as did Luo Huining, director of Beijing’s Liaison Office in Hong Kong.

A public memorial had been held on Thursday, July 9, and hundreds of white floral wreaths with messages of condolence were placed around the corner of the venue.

Ho was known as the “godfather” of Macau casinos, having been instrumental in turning the city on China’s southern coast into a gambling boomtown with gaming revenue surpassing Las Vegas.

He is survived by 3 wives and 15 of his 17 children. Speculation about how his vast fortune – estimated at HK$50 billion ($6.4 billion) – would be divided among his offspring has long occupied Hong Kong’s tabloid media, along with public family feuds.

His Sociedade de Jogos de Macau Holdings (SJM) empire owns 19 casinos and remains a major player in Macau, the only place in China where casinos are allowed. – Rappler.com