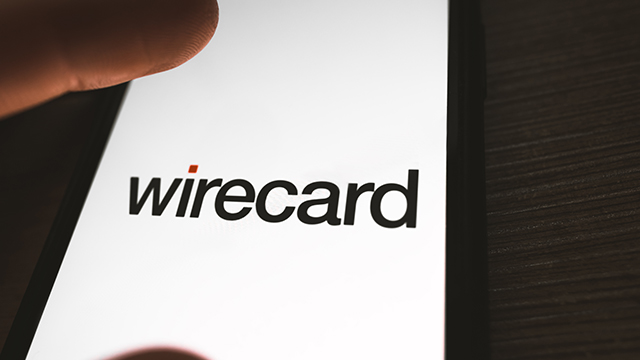 BERLIN, Germany (UPDATED) – The plot thickens in the spectacular collapse of payment provider Wirecard: the Austrian man at large over Germany’s worst financial fraud scandal may also have had links to secret services.

Jan Marsalek, Wirecard’s former chief operating officer, has vanished since the technology company was busted for what accountants described as an “elaborate and sophisticated fraud.”

Once a darling of the fintech scene, the payments provider filed for insolvency in June after being forced to admit that 1.9 billion euros ($2.1 billion) missing from its accounts likely did not exist.

Wirecard’s former chief executive and founder Markus Braun turned himself in to police, but Marsalek remains at large.

On Friday, July 10, the Financial Times and Austrian daily Die Presse in separate reports said Marsalek had access to highly confidential information, suggesting he had links to secret services.

The exchange took place through a middle man identified as Florian S., who was reportedly close to the FPOe.

The information allegedly fueled the FPOe’s mistrust of its then-coalition partner, culminating in controversial police raids of the intelligence services in 2018.

Marsalek also flaunted his access to secret information in Britain, according to a report in the Financial Times.

In an attempt to impress business associates, he is said to have shown them documents containing the recipe for the nerve agent Novichok, used to poison Russian-born double agent Sergei Skripal and his daughter in Britain in 2018.

According to the FT, Marsalek bragged about his links to secret services in a bid to impress members of the London financial services sector – possibly part of efforts to identify speculators betting against the Wirecard share price.

Sources interviewed by the FT said Marsalek had an association with individuals or networks linked to Russia’s military intelligence directorate, the GRU, which Britain has blamed for the poison attack.

Also in 2018, Marsalek is said to have unveiled a plan at his lavish home in Munich to recruit 15,000 Libyan militiamen – in a country under growing influence from Russia and the GRU.

This project apparently had a humanitarian pretext, but its true purpose remains unclear, according to sources cited by the FT.

Hailed as a champion of the burgeoning financial technology scene, it boasted a market valuation of more than 23 billion euros at the time – outweighing even giant Deutsche Bank.

Wirecard’s troubles began in January 2019 with a series of articles in the Financial Times alleging accounting irregularities in its Asian division, headed by Marsalek.

But at that time, the FT’s journalists themselves had come under investigation over the reports as the financial technology company was able to repeatedly fend off claims.

After the scam unraveled in June, Germany’s BaFin financial watchdog has come under scrutiny for failing to prevent the scandal, while German shareholders’ association SdK has launched legal action against accountancy firm EY.

German Finance Minister Olaf Scholz has called the demise of Wirecard an “unparalleled scandal,” saying it underlined the need for greater oversight of such financial firms.

An international arrest warrant has been issued for Marsalek, with his whereabouts still unknown.

The trail had briefly led to the Philippines, whose authorities had said immigration records show Marsalek arriving in the archipelago on June 23 – the day after he was fired – before leaving for China on June 24.

But CCTV footage, airline manifests, and other records show no trace of him being in the country on those dates.

Authorities have since accused immigration employees of falsifying records about Marsalek’s movements. – Rappler.com