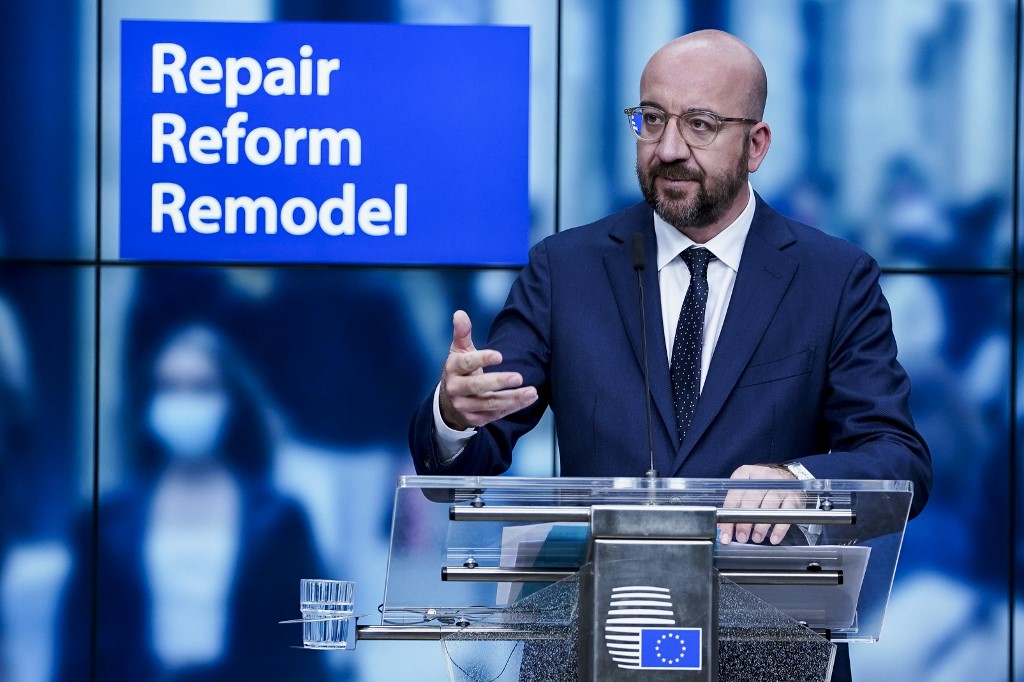 Europe has been thrust into its biggest recession in history and Michel, who coordinates among EU government leaders, is hoping to win a green light for the package at a summit next week.

This will be the first in-person summit since the pandemic engulfed Europe in March and leaders will also seek approval of the bloc’s long-term budget.

But Michel’s proposals ran into immediate trouble as Finland, Sweden, Hungary, and the Netherlands all voiced concerns.

As a sweetener for the so-called “Frugal Four” – the Netherlands, Sweden, Denmark, and Austria – Michel proposed to revise the EU’s 7-year budget down to 1.074 trillion euros ($1.2 trillion), 13 billion euros less than an earlier proposal.

Michel also said countries with long-held rebates on their European contributions would continue to get them, despite a big push to do away with these discounts.

Rebates are an EU custom made famous by former UK prime minister Margaret Thatcher who 4 decades ago called for Britain to get “our money back.”

Michel also awarded more power to EU member states on how the recovery fund would be distributed, giving EU capitals a greater say over the spending plans of their neighbors.

This will be sure to revive tortured memories of the debt crisis bailouts, where Greece, Portugal, and Ireland were subjected to the oversight of the EU and International Monetary Fund.

Michel did not cede ground on the main point of contention: whether aid should be handed out in the form of grants or – as the “frugals” demand – loans.

“Some right steps…but much work needs to be done on the recovery package,” she wrote on Twitter.

“We need a lower overall level and better balance of grants and loans.”

And there was more skepticism from Swedish EU minister Hans Dahlgren, who said that while the level of the long-term budget was moving in the right direction, Stockholm would have liked to see it go down further, according to news agency TT.

Austrian Chancellor Sebastian Kurz warned that EU countries were “still very far apart” on the question of grants, saying the time left before next week’s summit must be used for intense talks.

Kurz on Thursday, June 9, suggested he could back the package if aid was tied to certain conditions, such as climate protection, willingness to reform, and rule of law.

But Hungarian Prime Minister Viktor Orban threatened to veto the package, and the EU’s long-term budget, if payments were linked to Budapest’s ongoing row with Brussels over rule of law concerns.

In The Hague, Dutch Prime Minister Mark Rutte demanded the EU “nail down” budget reforms to break the deadlock.

“As far as the Netherlands goes, it is very important that you nail down the reforms as we have heard promises on economic reforms before,” Rutte told a press conference.

The recovery plan, as well as the EU budget, require unanimous approval among member states at the July 17-18 summit. – Rappler.com