Are investors scared of the pork barrel scandal?

Sep 6, 2013 8:15 AM PHT
Facebook Twitter Copy URL
Copied
It is too early to tell the impact of the recent pork scandal among investors in the country, an economist and a business expert say 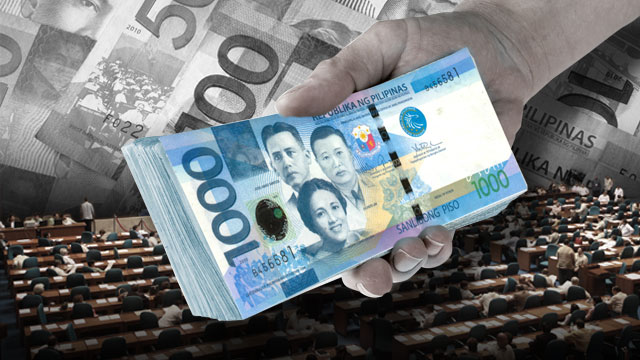 Cayetano Paderanga, professor at the University of the Philippines School of Economics, said he feels that “difficult decisions” being postponed, such as that on the “raise in electricity rates,” may have more effect on the business community’s confidence in the government.

Yet perception can be affected by what the Aquino administration may or may not be doing after the surrender of Janet Lim-Napoles, the alleged pork barrel queen. Also closedly watched is how the government addresses calls to eliminate kickbacks that have ensued from the issuing of the Priority Assistance Development Fund (PDAF) — the infamous pork — for the executive and legislature.

“If the government is acting decisively, the investors will come out with a better view,” Paderanga added.

Each project the government pushes, after all, is an investment. What we need is for the spending to be transparent, Luz said.

So, should we abolish pork?

Paderanga said he was asked to sign the petition to scrap PDAF 3 years ago, around the time he was socioeconomic planning secretary under Aquino. He declined.

“I didn’t see what would be the alternative,” he clarified.

Paderanga believes that the flexibility of the current system must go through drastic changes.

The US, he shared, uses “earmarking,” which gives the power over to the states. Each state provides information about the project they shall undertake.

“PDAF is more discretionary than that,” he said. What legislators provide is the budget while the details to which the fund will be funneled can be left out during budget hearings.

That flexibility in discretion may have led to abuse.

“We need to tighten up the mechanism for the release,” Luz stressed. “What we need to work on is accountability and transparency of control.”

While he said that the entire pork constitutes only 1% of the national budget, he insisted that everyone involved in the recent scam must be prosecuted.

The prosecution should be able to move forward the restructuring and overhauling of the system in its present form.

“This pork scandal has overshadowed 3 years’ worth of budget reforms,” pointed out Luz, among which is the Budget department’s effort to inform the public of PDAF allocations through detailed reports on its site page.

The country’s competitiveness, he reported, is also rising in the region.

“We are the most improved player in Asean,” he said in an interview prior to the NCC announcement that we are now ranked 59th in the Global Competitiveness Index.

Reflecting growing confidence in how the government curbed corruption in 2012, the current global Corruption Perceptions Index placed the Philippines at 105 out of 176 countries, the most improved in Asean from its rank as 129th among 183 countries in 2011.

“All around we have been improving, helping attract investors in the country,” he added. – Rappler.com