May 16, 2014 5:15 PM PHT
Facebook Twitter Copy URL
Copied
Only when we see the poorest members of urban and rural societies adopt financial services can we claim any success in creating a better and more inclusive world 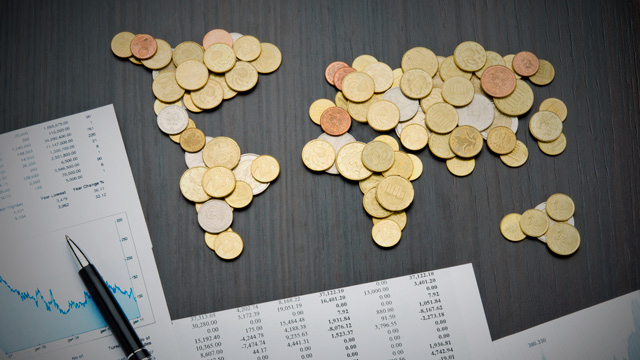 Our world has never grown so quickly, nor has it been so unequal. This inequality is first and foremost the result of exclusion.

In the past two decades, the average annual GDP for developing Asia reached 7%, thanks in particular to growth in China and India, which has led to more than 700 million people being lifted out poverty.

At the same time, there has been a significant increase in inequality in Asia, as in other parts of the world. In the past 20 years, the expenditure share of Asia’s richest 1% grew from 6% to 9%. In the US for instance the top 1% owns 40% of the nation’s wealth, while the bottom 80% owns only 7%.

Income disparity is often the result of unequal opportunities, and not the lack of drive, energy or entrepreneurial ability. Indeed, low-income people in Asia (as in other parts of the world) are excluded from many of the basic services that are so crucial to their own development. In Asia, the poorest students, those in the lower income quintile, are up to 20 times less likely to attend college than those in the richest income quintile. Similarly, the chance of a poor infant dying at birth is about 10 times higher than of a rich one. Poor people in Asia have little access to education and health, and barely any access to formal and diversified financial services.

Not too long ago, in their book “Portfolios of the Poor,” Daryl Collins, Jonathan Morduch, Stuart Rutherford and Orlanda Ruthven argued that the financial lives of people on an income of less than $2 a day were as sophisticated as those of their richest peers, with an average of 10 financial instruments per household.

However, as no financial institutions are currently offering diversified and modern services to this segment of the population, most of those financial instruments are provided by the informal sector – at a very high cost.

Cost is the result of inefficiency in the market, as well as lack of competition. For instance, in the Philippines, small entrepreneurs in need of a loan will typically rely on “5/6,” which is locally known as loans offered on Monday and to be repaid on Friday with a 20% interest rate (for a 5-day period). Similarly, in Myanmar, where banking penetration is as low as 20%, many market vendors have to rely on informal lenders who may charge as much as 10% on a daily basis, with interest collected at the end of every day.

It is estimated that two decades ago, 7 million people around the world had access to formal financial services from microfinance institutions. There are now about 250 million. However, while financial inclusion has clearly spurred progress in many parts of the world, including Asia, it’s still far from enough.

About 3 billion people worldwide, including 1.5-1.8 billion in Asia, still have no access to formal financial services. Even where there is access, such as Bangladesh or Indonesia, where microfinance giants Grameen Bank, ASA, BRAC or BRI operate (each of those institutions have between 5 and 10 million clients), the services are far from being widespread, and people living below $2 a day still have access to only a limited number of products (mainly small business loans and basic saving products).

The World Economic Forum, as well as other leading global players, particularly the IFC but also the World Bank and most other development finance institutions, have played an important role in the past 10 years in supporting the development of financial inclusion, but it is now time for all stakeholders to be more proactive in promoting access to formal financial services, as will be addressed at the World Economic Forum on East Asia in Manila this May.

The public sector, from governments and central banks to local authorities, must implement policies that restore confidence in the financial sector, scrutinizing it for signs of exploitation while allowing it the flexibility to innovate.

Licensed financial institutions need to develop innovative products and services designed for the poor; they also need to attract investment in technologies that deliver greater convenience and accessibility; and they need to exercise discipline in rendering such services to the most vulnerable in society.

From borrowers and local grass-roots institutions, we require capacity-building, education and training in financial literacy, plus a greater sense of responsibility and accountability. In addition, there should be efforts to provide other support, such as business management, marketing and technical skills.

A survey in Myanmar showed symptomatic issues behind the lack of access to financial services. This was down to a lack of:

Only through concerted effort from all of the key stakeholders, can we quickly address these and other issues.  When we do, we should see rapid progress; people around the world have shown us, time and again, that when opportunity is given to them in equal and fair measure, their inherent resourcefulness, energy and drive will naturally carry them, and often the rest of us, and the economy, forward.

As Aung San Suu Kyi said in her address to last year’s World Economic Forum on East Asia, inclusiveness is down to perception. It is only when people “feel included” that it is truly achieved. Only when we see the poorest members of urban and rural societies adopt financial services can we claim any success in creating a better and more inclusive world. – Rappler.com

Office desk with world map made of coins image from Shutterstock

This article was published in collaboration with the World Economic Forum. Thura Ko is managing director of YGA Capital Limited, Myanmar. Arnaud Ventura is co-founder and CEO of PlaNet Finance, France. They are both Young Global Leaders.

The Philippines is hosting the World Economic Forum on East Asia from May 21 to 23, 2014 at the Makati Shangri-La Hotel. For updates about the forum, visit Rappler’s microsite.