The study shows an increasingly open environment for PPPs, though with individual countries at different stages of readiness.

In the 2011 Infrascope, the ADB said the Philippines ranked 8th overall and first among ASEAN countries with a score of 47.1 out of 100. Countries’ scores were from zero to 100, with 100 representing the ideal environment for PPP projects. 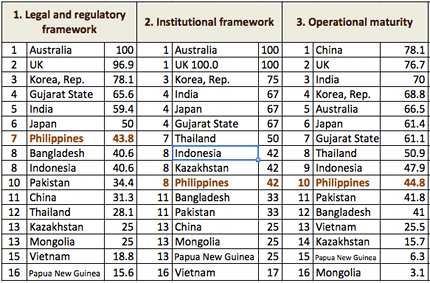