What entrepreneurs can learn from Jollibee’s ‘Chickenjoy’ supply problem 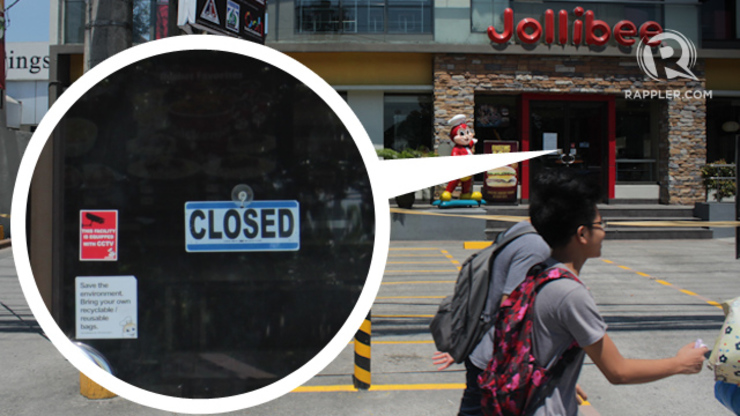 MANILA, Philippnies – According to a Jollibee disclosure more than a week ago, they had to temporarily shut down 72 stores due a supply disruption caused by a major IT system upgrade. Some experts estimate that the closure cost the food giant millions of pesos in losses per day.

While these losses are staggering (and come as a bummer to Filipinos everywhere who love their “ChickenJoy”), they provide a valuable case study in the making to local entrepreneurs and businessmen. Jollibee’s failure to anticipate the problems that would come with a system overhaul highlights the importance of business continuity planning (BCP).

You’re never too big to plan ahead

Business continuity planning, which is a term used interchangeably with business continuity and resiliency planning (BCRP), represents the need to identify internal and external threats to a business, so that it may continue to stay competitive in the market and avert any possible crises.

In simple terms, BCP is not just a venture’s plan B – it’s plan B, plan C, and everything up to plan Z, covering all possible bases in their particular industry. An airline carrier, for example, would have ideally planned for emergency contingencies (what happens if a plane crashes?) to far less newsworthy, but no less as important of situations (how will we comply with this piece of aviation regulation if it is passed?).

As the Jollibee situation proves, no company is so big that they can successfully operate without a thorough BCP. Evan Tan, who is the regional director for Southeast Asia of Freelancer.com, which competes internationally and locally with rival job platforms Elance and oDesk, echoes this sentiment.

According to a business article that he read, 90% of tech startups fail due to their inability to respond to the challenges facing their companies. “In the tech industry where even giants can easily be toppled by budding companies (Facebook killing Myspace and Friendster ring a bell?), one’s incapability to adapt and innovate can be disastrous to one’s business,” he said.

To not go the way of Myspace and Friendster, Tan says that Freelancer.com has entire teams dedicated to performing research on how to improve their products. As a whole, the company also tries to stay attuned to industry trends, in addition to listening to their users and engaging with them on how to get better.

Tan advises other businesses and entrepreneurs to do the same, even when doing so is not easy to swallow. As an example, he invokes the case of users that publicly say negative things about your company on Twitter or other social media networks.

“It’s easy to dismiss people who lash out on social media as rabble-rousers out to destroy one’s company, but some of them could actually have been your fiercest supporters who have grown frustrated with your service,” Tan pointed out. According to him, you need to make it a priority to find out what made them feel that way.

The risks that come with being an entrepreneur

But BCP should not just be an exercise of large corporations. Even early-stage startups would benefit tremendously from some form of BCP, as Kickstart Ventures president Minette Navarrete shared. Kickstart Ventures invests in and incubates such notable companies as dating platform Peakwoo, ecommerce shopping site Ava.ph, and recruitment platform Kalibrr.

Navarrete said that early-stage investing is an inherently risky proposition to begin with, so BCP is a critical component of what Kickstart does. According to her, there are many clear risks associated with startups, such as market risk, execution risk, and regulatory or policy risk, such as with what ride-sharing platform Tripid is facing with the Land Transportation Franchising Regulatory Board (LTFRB).

However, some potential risks that come with startups are less obvious. “There is also the personnel risk (i.e. the risk that a key person – whether a member of the investment firm, or a founder in a portfolio company – leaves),” she said. “As much of early-stage investing relies on small teams of uniquely skilled individuals, the loss of a critical team member could be particularly crippling.”

The fact that Kickstart invests in and incubates more than a handful of startups reduces that risk that would come with any single startup. “The portfolio approach is the classic way of mitigating investment risk, even if our day-to-day operations – especially working as intimately with startups as we do – will often feel like the portfolio multiplies rather than mitigates the risks we need to live through!” Navarrete revealed.

In addition to addressing business continuity risks in their annual business plan, Navarrete said that each investment decision considers the risks that their due diligence has surfaced.

“Some startups might have a greater regulatory risk (e.g. financial services, transport, etc.); others would be more susceptible to technology risks, or market disruption,” she said. “In each case, we assess both the vulnerability of the startup, as well as the odds that it could weather the discontinuity, and the risk management / mitigation plan.”

“The strategy piece is only as good as the execution: we keep close to the community and the market; we watch for early patterns that could signal trends, and early warnings of discontinuity,” she said. “We speak to experts and share insights and experiences. Through constant and candid sharing, we are able to weave a bigger picture, and better able to understand underlying currents.”

BCP to the extreme

Some high tech startups require even more BCP than normal. VMoney, which was founded in 2013 by CEO Ralph Santos, is an end-to-end financial platform, offering everything from debit Mastercards and scratch cards to point of sale systems and tap and pay solutions.

As part of their BCP, Santos and the VMoney team keep track of where to direct their R&D by monitoring market needs, the challenges faced by their partners and other providers, and security advancements across the ecommerce world.

The startup now works with some of the largest brands in the country, including Guess, Gold’s Gym, EasyTaxi, Mango, Mossimo, and TeamManila, so continuity of the services they do currently offer is of the utmost importance.

Given the complexity of VMoney’s hardware and software, Santos and his team have ensured that there are many checks in place, including everything from “infrastructure fail overs to the transition and activation of support plans to immediate notification of potential security concerns with proper communication processes throughout.”

To test their systems, Santos said that the VMoney team performs integrity checks, quality checks, and security checks on their systems, applications, and databases – some of which are done on schedule, and some of which are done as random reviews. Santos expressed that the goal here is to not only meet regulatory requirements, but to exceed industry standards (which is a particularly fitting remark in the wake of the Jollibee situation).

So what would constitute an operational disaster for VMoney on the order of Jollibee’s current one?

“Our business relies on data and transaction integrity and not so much on tangible products or brick and mortar inventory,” Santos responded. “A disaster for us is a breach in our systems, applications, or databases.”

Lucky for him, VMoney has yet to experience such a problem. “I have no business disasters to share at this point and hopefully ever,” Santos said, before adding, “Knock on wood.” – Rappler.com