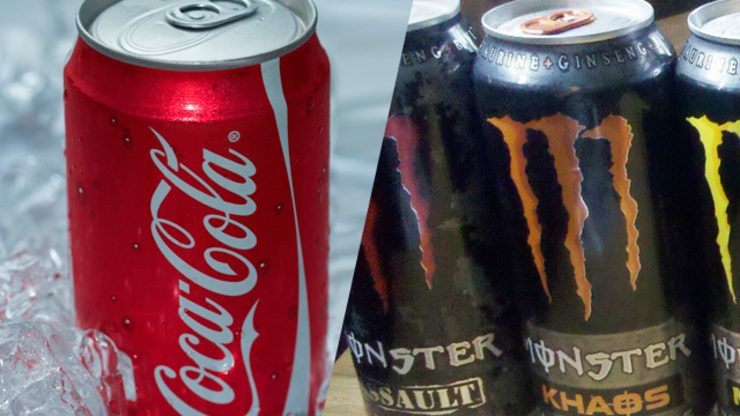 Facebook Twitter Copy URL
Copied
The deal locks in for the soft drink giant a share of the energy drink market, where its own brands have lagged far behind Monster Energy and rival Red Bull

NEW YORK, USA – Coca-Cola announced Thursday, August 14 it will pay $2.15 billion for a 16.7% stake in Monster Beverage, cementing a distribution-based link between the two that had added significantly to Coke’s profits.

The deal would lock in for the soft drink giant a share of the energy drink market, where its own brands have lagged far behind Monster Energy and rival Red Bull.

Coke will transfer ownership of its energy drink unit – brands including NOS, Full Throttle, and Burn – to Monster, and take over Monster’s non-energy brands like Hansen’s Natural Sodas, Peace Tea, and Hubert’s Lemonade.

Meanwhile, Coke will expand its distribution of Monster drinks under long-term deals, and put two directors on the Monster board.

The deal comes 4 months after Coke denied rumors it was in talks to buy Monster Beverage. Critics said a close tie-up was necessary to prevent a rival like Pepsi from buying up a significant contributor to Coke’s bottom line.

“Our equity investment in Monster is a capital-efficient way to bolster our participation in the fast-growing and attractive global energy drinks category. This long-term partnership aligns us with a leading energy player globally,” said Muhtar Ken, Coke chairman and chief executive. – Rappler.com