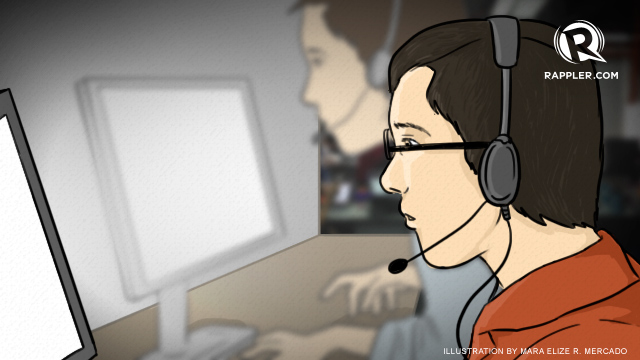 Widely considered as second only to India, Philippine outsourcing is expected to earn $18 billion this year, said the IT & Business Process Association Philippines.

Mercado expressed confidence that the sector, which started from scratch in the early 1990s, would increase its revenues to $25 billion by 2016.

The business process outsourcing or BPO sector has emerged as a shining star of the Philippine economy after posting just $1.5 billion in revenues with 103,500 employees in 2004, figures released by the industry group showed.

This has helped provide better-paying jobs to a country where 10 million people, about a tenth of the population, have travelled overseas to seek employment.

For each person hired directly by the industry, about 2.5 additional support jobs are also generated, the association said.

The Philippines has already overtaken India as the global leader in call centers and is also expanding into more sophisticated outsourced operations as Western firms farm out back office and other tasks to lower-cost areas.

These include financial services, software design, medical and legal transcription, animation, and gaming.

The industry said as of 2012, it accounted for 5.6% of the country’s gross domestic product and this could rise to 7.8% by 2016 under a “roadmap” prepared in coordination with the government.

The Philippine office of real estate giant CBRE also foresaw further growth in the BPO industry based on its growing demand for office space.

Santos said more companies were investing in BPO functions in the Philippines due to the low costs, the weakness of the Philippine peso, and the high quality of the English-speaking workforce.

“BPO companies come here for the costs. They grow because of the people,” Santos told reporters, adding that the industry was also attracting manufacturing firms to the Philippines. – Rappler.com