Facebook Twitter Copy URL
Copied
NEDA’s Arsenio Balisacan says job readiness in tourism and manufacturing is not a concern, and that they can employ more Filipinos to sustain the country’s growth

The country needs a structural transformation of employment, said National Economic and Development Authority (NEDA) director-general Arsenio Balisacan, and the shift is needed to move from agriculture to promising tourism and manufacturing fields. (READ: Agripreneurs to youth: Get your feet wet in agribusiness)

Employment in agriculture, the second largest group of employed Filipinos in the services sector, needs to be addressed due to its seasonal and low-paying nature, Balisacan said, during the press conference for the economic briefing, “Philippines: Shaping our Future” on Tuesday, September 30.

The Philippines grew by 6.4% in the second quarter of this year, according to the government, making it the second fastest growing country in Asia in terms of gross domestic product.

But millions of poor and jobless Filipinos have been struggling to keep up with the country’s high economic growth.

Unemployment rate in the Philippines was 6.7% or 2.78 million in July this year, a decline from the 7.3% rate in July 2013. Based on government data, 32% of jobless Filipinos were high school graduates, followed by college graduates at 23.2%.

“We’re very confident of the tourism industry. We’re seeing massive investments in hotels and other facilities, so we should see a great deal of employment in that industry,” Balisacan said.

Job readiness not a problem 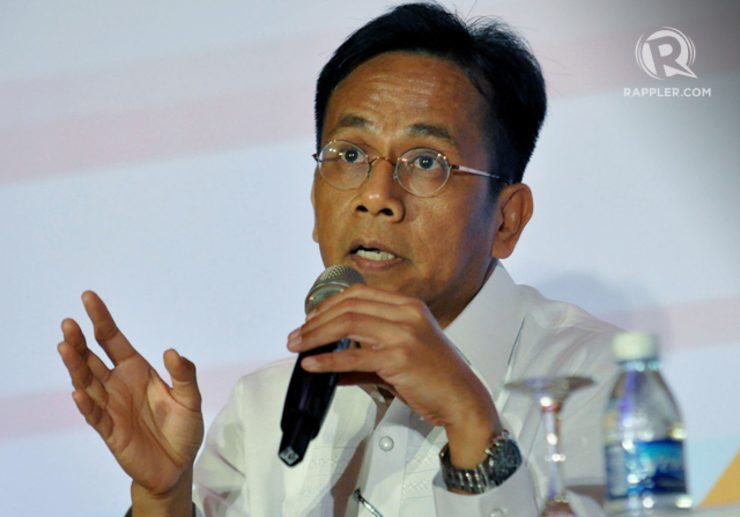 Job readiness in the tourism industry should not be a concern, as it does not necessarily require high skills, Balisacan said.

“Tourism, for instance, is a mix of highly-skilled, unskilled, and semi-skilled (workforce) and that’s what we should want, same with manufacturing,” Balisacan said.

Singson said he hopes there will be 2,800 kilometers of road completed before President Aquino’s term ends in 2016. – Rappler.com