Oct 6, 2014 11:00 AM PHT
Lynda C. Corpuz
Facebook Twitter Copy URL
Copied
Backed by its reframed global CSR program, Hershey's in the Philippines is giving back – and more to the community where it’s doing good business 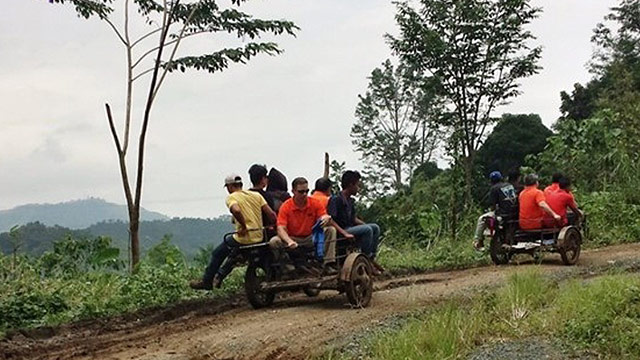 MANILA, PHILIPPINES – Going to Puray in Rodriguez (formerly Montalban), Rizal reminded him of his 5-year experience as a platoon leader serving the US Army’s 101st Airborne Division, said Matthew Andersen, general manager for Asia South of The Hershey Company.

“It was an arduous experience. I’ve never been in a rough in a long time,” Matt laughed.

As the concrete road reached its end, Matt and other Hershey’s employees walked about 7 kilometers more through the mud to reach Puray Elementary School. At times, the habal-habal or motorcycle taxis they were riding were no match to the rough terrain but they braved their way and turned over 5 repaired classrooms on July 25 this year.

Hershey’s learned about Puray through the Philippine Business for Social Progress (PBSP) and Matt said, “PBSP said we’re the only company that has the guts to go deep in that community. My team went out there in the hot sun, rode and walked in the mud. That’s a deep-level of commitment they showed. We made a difference.”

Nearly 9 months in his first international assignment overseeing Malaysia, Thailand, Singapore, and the Philippine markets, the American executive for the 120-year-old company known for brands Hershey’s, Kisses, and Reese’s, beamed at how committed Hershey’s Filipino employees are in supporting their causes since 2008. These include adopting Puray community, which the company has been helping for two years now starting with a tree-planting activity. 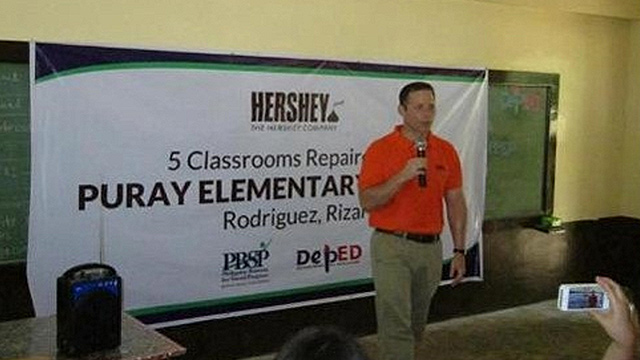 The US-based company started its corporate social responsibility (CSR) efforts in 1909 when its founder, Milton Hershey and wife Catherine put up a school. To date, the school, along with housing and medical care, is supporting more than 1800 underserved children of all backgrounds, from pre-kindergarten through 12th grade, and the Milton Hershey School Trust is the company’s largest shareholder.

In 2010, the company released its first CSR report in adherence to the Global Reporting Initiative and in 2013, the company reframed its CSR program. Now called Shared Goodness, it focuses on doing “good business” of operating ethically and yet delivering strong financial performance that will help many of Hershey’s stakeholders achieve a “better life” and “bright future.”

The reframed CSR has been aligned with “H20” or Hershey’s goal to become a $10-billion company by 2017, with 30% of its revenue coming from international markets like the Philippines. Hershey’s said that international sales outside of the US and Canada are expected to reach $1 billion by end-2014. The company, which sells chocolates in about 70 countries, has an annual revenue of $7.1 billion.

While figures are withheld, Matt said Hershey’s, which products have been in the country since World War II through rations, is doing well. Business objectives, including brand-building efforts, have been achieved for 2014. Hershey’s, Kisses, and Reese’s (imported from Shanghai and the US, and soon from Malaysia), remain the top performing products, Matt added. 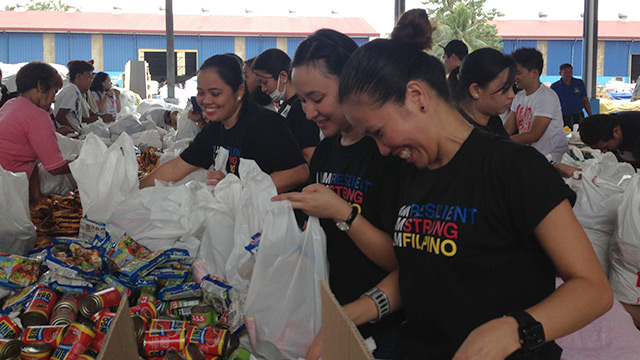 Hershey’s is globalizing its CSR efforts in the Philippines, backed by business performance; a sizable headcount of 105 for its regional headquarters operating for more than a decade now; and a self-initiative to give back through education causes and disaster-relief efforts. Other markets like China and India are also supporting their own local causes as well.

“We’re not only interested in driving our business, we’re also driving our CSR efforts,” Matt said.

Matt added, “I’m stunned to learn that employees here are giving, participating 100% in our United Way campaign for the last 3 years. That is by far the highest rate than any other Hershey’s office in the world.”

The United Way is a global effort to improve access to health care and promote self-sufficiency. The Hershey’s Philippine office contributed to the record-breaking $2.9 million funds raised worldwide in 2013. Also through United Way, Hershey donated medical equipment to the National Children’s Hospital.

Apart from Puray and United Way, the company is also: 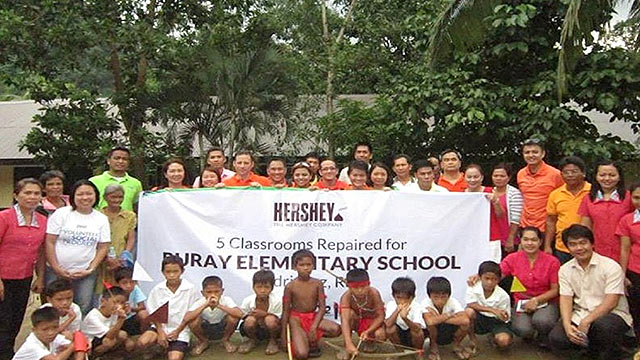 Matt is looking forward to raise the current CSR participation rate of the Philippine office through fine-tuning employee retention metrics, emphasizing on high level of engagement.

From September 14 to 20 (following the late Milton Hershey’s 157th birthday on September 13), Hershey’s Philippine office had spent time again in those organizations and community they are supporting during the company’s Good to Give Back Week, while the tree-planting activity is set for October.

“I don’t want them to participate in a business that’s exciting or because it’s a great brand or product or market. I want them to be highly engaged as individuals and employees because they believe in what we try to achieve as part of our legacy,” Matt emphasized.

Matt is also leveraging the existing communication for Hershey’s global CSR efforts to instill to his team that they are “doing well by doing good.”

“CSR is not independent of our business. It’s part of who we are. That’s why we are partnering with our key stakeholders because it’s a good business,” Matt said. – Rappler.com