Chevrolet Philippines drives toward ASEAN integration and beyond MANILA, Philippines – Appointed in 2009 by General Motors Southeast Asia (SEA) Operations as its exclusive importer and distributor of automobiles and parts in the country, Chevrolet Philippines is looking forward to continue building on its “humble successes” as the country and the region brace for the Association of Southeast Asian Nations (ASEAN) integration in 2015.

According to the ASEAN investment promotion site, Invest in ASEAN, the automotive industry in the region will remain attractive for businesses.

It cited a Deutsche Bank report that car ownership in ASEAN will rise to nearly 40 million by 2015 and around 55 million by 2050, and added that growth in car sales will be over 10% in average in the coming years.

Frost & Sullivan, a business consulting firm, said that by 2018, ASEAN will become the 6th biggest automotive market globally, and opined that ASEAN nationals, especially those in Indonesia, will drive local demand given shift of ownership from motor bikes to cars, multi-purpose vehicles, and sport-utility vehicles (SUVs).

And with the upcoming ASEAN integration, the Philippine automotive industry is looking forward to ride on these positive forecasts – but not without challenges.

Tim Zimmerman, General Motors SEA operations president said the upcoming ASEAN integration would make the region more integrated commercially. However, it needs to be more integrated in the actual implementation of agreements.

Zimmerman added that they look forward to 2016 – 2018, when the ASEAN free trade agreement’s (FTA) “single collective market” platform for the region takes shape.

All ASEAN countries signed the FTA committed to reduce to zero the commercial tariffs by 2015. There is also an aim to reduce the protection rates among ASEAN countries, though each country differs in terms respective policies.

“Personally, as a businessman, I just hope that the countries respect the spirit of what the integration is really about. You can fully implement the terms and conditions of the agreements. However, it doesn’t stop you from creating other policies that would affect the full implementation,” Chevrolet Philippines president and managing director Alberto Arcilla pointed out. 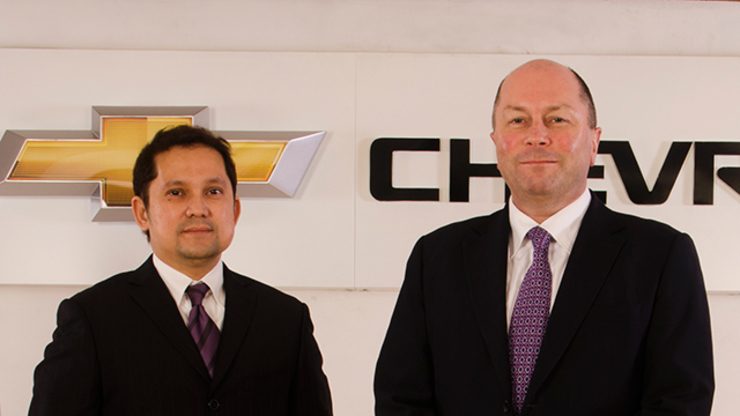 Barriers against propelling the region’s automotive industry include higher taxes and stricter import regulations, but Zimmerman is optimistic that with the ASEAN integration, it would make the industry stronger, citing Thailand’s potential to sell vehicles to more markets.

Zimmerman added that General Motors is supportive of ASEAN growth. Though the viability of transferring its production facilities to the Philippines is nil, the executive said they are helping create employment and growth in the country through their strong importer-distributor relationship with Chevrolet Philippines.

From 12 dealerships, Chevrolet Philippines is counting 25 dealerships nationwide by end-2014, spread in the growth areas of Visayas and Mindanao. Four more dealerships are expected to open by first quarter 2015.

“It’s just the way it turned out. We’re making a commercial investment in the Philippines, not industrial,” Zimmerman said.

The Philippine automotive industry players, in general, are prepared for ASEAN integration but are all waiting for their industry road map from the Department of Trade and Industry (DTI). This will  help them align their growth strategies with the full regional integration, Arcilla said.

Discussions on the country’s automotive industry road map  started in 2012, and  was supposed to be released in the first quarter of 2014 but DTI deferred it,  saying it is still “fine-tuning” the road map.

The road map is seen to include fiscal and non-fiscal incentives such as tax credits and common testing facilities for auto parts makers, easing manufacturing woes. The road map should also be aligned with the logistics and infrastructure policies of the government.

“We’re one of the highest taxed industries. Any program that would lower that…is going to be helpful,” Arcilla said.

“What’s the integration all about? It’s supposed to be open trade….It’s our hope as importers that it (roadmap) would enhance the business and not restrict it,” Arcilla said.

According to the 2013 ASEAN Automotive Federation (AAF) data, the Philippines lags behind its regional peers in vehicle assembly, with a production output of 79,169 units. In 2013, Thailand assembled a total of 2.46 million units; Indonesia produced 1.21 million units; Malaysia manufactured 601,407 units; and Vietnam made 93,630 units, the AAF added.

To aspire to become an automotive manufacturing hub like Thailand might be a little too late for the country, Arcilla opined. Courting automotive brands to transfer here would require attractive incentives.

But the DTI said in September that the government is seeking to limit the number of firms that could qualify for incentives, like firms that can produce a total of 200,000 units of a particular vehicle model over a 5-year period.

The executives are hopeful that their Philippine market would drive through the challenges from the integration and beyond.

Zimmerman said Chevrolet Philippines, though relatively small, is becoming a more important market in the region. From Chevrolet’s point of view, the country is now 4th in terms of growth in the ASEAN, afer  Thailand, Indonesia, and Vietnam.

Arcilla credited the growing economy, presence of disposable income, and availability of credit facilities to Chevrolet Philippines’ growth, even outpacing the industry’s growth at 54% year-on-year, with a 73.5% upsurge in 2013. He added though that there must be good infrastructure such as new roads and expansion projects, to help sustain the growth.

“The good thing [also] is Chevrolet has a very strong LCVs (light commercial vehicles) lineup, which is really prepared for [the country’s] terrain and weather condition,” he said.

Since October 2009, Chevrolet Philippines has introduced 10 models and sold more than 20,000 Chevrolet vehicles in the country. From January to September this year, Chevrolet sold 5,954 units, ahead of the industry’s growth of 26%. The brand expects to hits its target of 8,800 units this year, having already sold 6,700 units to date.

Sales surged by 49.1% in September as Chevrolet Trailblazer (the popular SUV among Chevrolet’s models), Colorado, and Spin continued to attract customers from across segments. It also has a Spark model that sells for P798,000 ($17,812.56*). Next year, Chevrolet Philippines is set to introduce more LCVs.

“We have a strong relation with Chevrolet, as an American brand that has been here since the 1950s. There’s a strong heritage among Chevrolet owners way back from the 50s; all we needed to do was assure the market that we would give them good ownership experience and quality after sales service,” Arcilla said. – Rappler.com