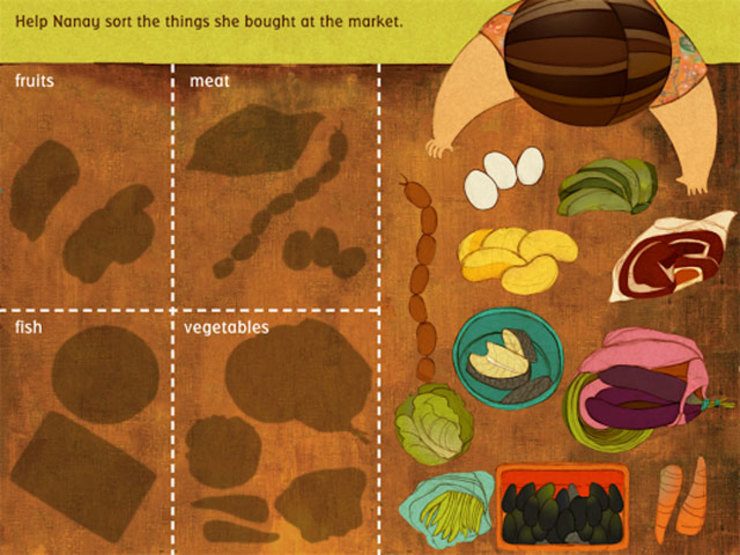 Adarna House, one of the most beloved publishers of Philippine children’s literature, is going digital.

Its new initiative – appropriately titled Adarna House Digital – aims to connect a new generation of kids from around the world to the best of our literature, says its head, Agno Almario.

In describing this new direction, Almario notably steers away from the word “storytelling,” which may connote a linear experience. “Our goal is to build content – multimedia experiences in app format – that parents can trust and children will fall in love with,” Almario said.

Creating this multimedia experience does not simply come down to adding sound effects or videos to a traditional book. The process of translating a physical Adarna House book into an app is complex, and it begins with first considering whether the piece would even work in an interactive format.

“We start with normal books but we think very carefully about the viability of its story in the interactive format,” Almario said. “This means that the story should have an interaction paradigm that will converse very naturally with its medium – whether tablet or mobile.”

He singles out “Araw sa Palengke” (Day at the Market) as an example of a story that lends itself well to a multimedia retelling. The story involves a mother and daughter going to the palengke.

“Since discovery and exploring the market was a big part of the story, we thought that the best way to tackle the app was to have a gamified narrative progression. This means that the player would only be able to advance if he or she figured out a puzzle or discovered something we set up in every part of the story,” Almario said.

After coming up with this concept for “interaction,” Almario and the Adarna House Digital team get down to business. “We start the long process of converting the book’s illustrations into assets ready for animation and the software engineering to construct the app itself,” he said.

In building each app, Almario is guided by a philosophy that evaluates interactivity based on whether it can create immersion. “Interactive for an Adarna House Digital app means that we include activities and games that will help the child understand and be more immersed in the story,” he said, adding that in all their works you can hear the characters speak and see their worlds move with life.

Almario feels that immersive works like these ultimately benefit the children who read them. “Children love that they can play and interact with their stories on a totally different way on tablets,” he said. “The creation of Filipino content on the iPad will also provide a great opportunity for kids to be introduced to our literature and culture.”

Though their goals are as lofty as introducing Filipino literature and culture to a new generation of kids, Adarna House Digital is still very much a startup. “We really think of ourselves as a startup trying to discover a business model,” Almario said. “Our founding team was brought together by a shared realization that we had an opportunity to build a product that a lot of people will love.”

The team is methodical in its approach to this goal. “We’re a very lean team but we do all the development and animation in-house. Like other startups, we focus on designing a strong engine of growth and creating a new business model. We follow agile software development principles and practice iterative product development,” Almario said.

The size of the team makes the launch of each app a challenge. “We take a lot of pride in our ability to develop products and we try our best to publish something great with the limited resources and time that we have,” Almario said.

Given that the team can only do so much, no matter how much they love their products, the creation process can sometimes be a push-and-pull between competing directions. “The construction of our apps is an interdisciplinary task,” he said. “The fundamental problem of balancing aesthetics with engineering efficiency is something we deal with every day and it can be very tricky.”

Still, Almario and his Adarna House Digital team find inspiration in the opportunity before them, one which he begins by describing tablet adoption in the Philippines. “Although anecdotal, a lot of Filipino families I meet and get to interact with usually have tablets in their home being used by their kids. In 2013, I think about 6 million tablets were sold in Southeast Asia and that number is still growing,” he said, adding that there are no concrete figures for the Philippines in particular yet.

Despite the growth across the region in tablet adoption, Almario is not seeing a corresponding increase in the amount of apps that target Filipino youth. “I think there is a scarcity of good content for Filipino kids on the app stores,” he said, citing the lack of competing titles as one of the reasons for two of their apps topping the local iOS app store. “People from the Philippines are downloading, and we want to make sure that we can make great content for their children.”

Elaborating upon this goal, Almario said, “The short-term vision for Adarna House Digital is to build a children’s app publishing brand that will be a source of high quality content for parents and children in the Philippines and eventually around the world.”

Their long-term goal is not all that different from that of other startup founders in the Philippines, who want to put the country on the map for innovative tech companies. The only difference is that theirs involves books. “Adarna House has always been in the business of promoting the Filipino artist,” Almario said. “And our goal is to show the world that Filipino art and Filipino products can compete on the global stage.”

Achieving this goal will require a translation, perhaps even more daunting than the text-to-tablet one that the team is currently addressing. Adarna House Digital will have to retell our own stories in such a way that children from other cultures – who may have never heard a word of Filipino in their lives and who may never even set foot on our archipelago in their lifetime – find their characters and conflicts relevant to me. – Rappler.com