Oct 28, 2014 5:04 PM PHT
Rappler.com
Facebook Twitter Copy URL
Copied
Lafarge Republic’s major shareholders say they are interested to sell their shares, as the global merger of the firms is set to be completed by the first half of 2015 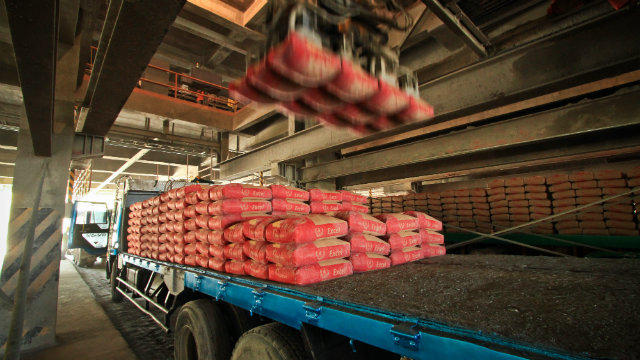 MANILA, Philippines – Cement manufacturer Holcim Philippines Inc is eyeing the acquisition of assets of Lafarge Republic Inc, as aligned with the planned global merger between Holcim Ltd and Lafarge S.A.

In April, Holcim and Lafarge announced their merger of equals, unanimously approved by their respective board of directors and fully supported by their core shareholders.

The proposed merger of the two cement manufacturers is eyed to be sealed by the first half of 2015.

In a disclosure to the stock exchange, Holcim Philippines said its board authorized the company to consider acquiring Lafarge Iligan Inc, Lafarge Mindanao Inc, Lafarge Republic Aggregates Inc, and Star Terminal at the Harbour Centre in Manila, all owned by Lafarge Republic.

Holcim Philippines will also acquire other specific assets or contracts as may be identified and negotiated, and agreed between the parties, including the purchase price and the conditions precedent to the closing of the purchase.

“The Board authorized the president and CEO of the corporation, Mr Eduardo A. Sahagun, to represent the corporation in the foregoing negotiation, and for such purpose to do all things necessary or desirable, including the appointment of financial, technical, and legal advisors as he may deem necessary,” Holcim Philippines said.

In July, Holcim Philippines and Lafarge Republic said they will explore, study, and consider the combination of all or part of its businesses with each other.

Lafarge Republic’s two cement plants located in Bulacan and Norzagaray and its plant in Iligan owned by its subsidiary Lafarge Iligan Inc will be excluded from the merger.

Lafarge Republic has 3 plants located in Batangas, Bulacan, and Rizal.

Holcim Philippines, meanwhile, has 4 major plants – one in La Union, another in Bulacan, a third in Davao City, and the Lugait plant in Misamis Oriental.