Why Philip Stein is an ‘affordable, luxury technology brand’

May 31, 2015 1:30 PM PHT
Lynda C. Corpuz
Facebook Twitter Copy URL
Copied
Co-founder and president Will Stein shares how the brand is growing, its unique selling proposition, continuous belief in the growing Philippine market, and an upcoming ‘treat’ for Filipino customers 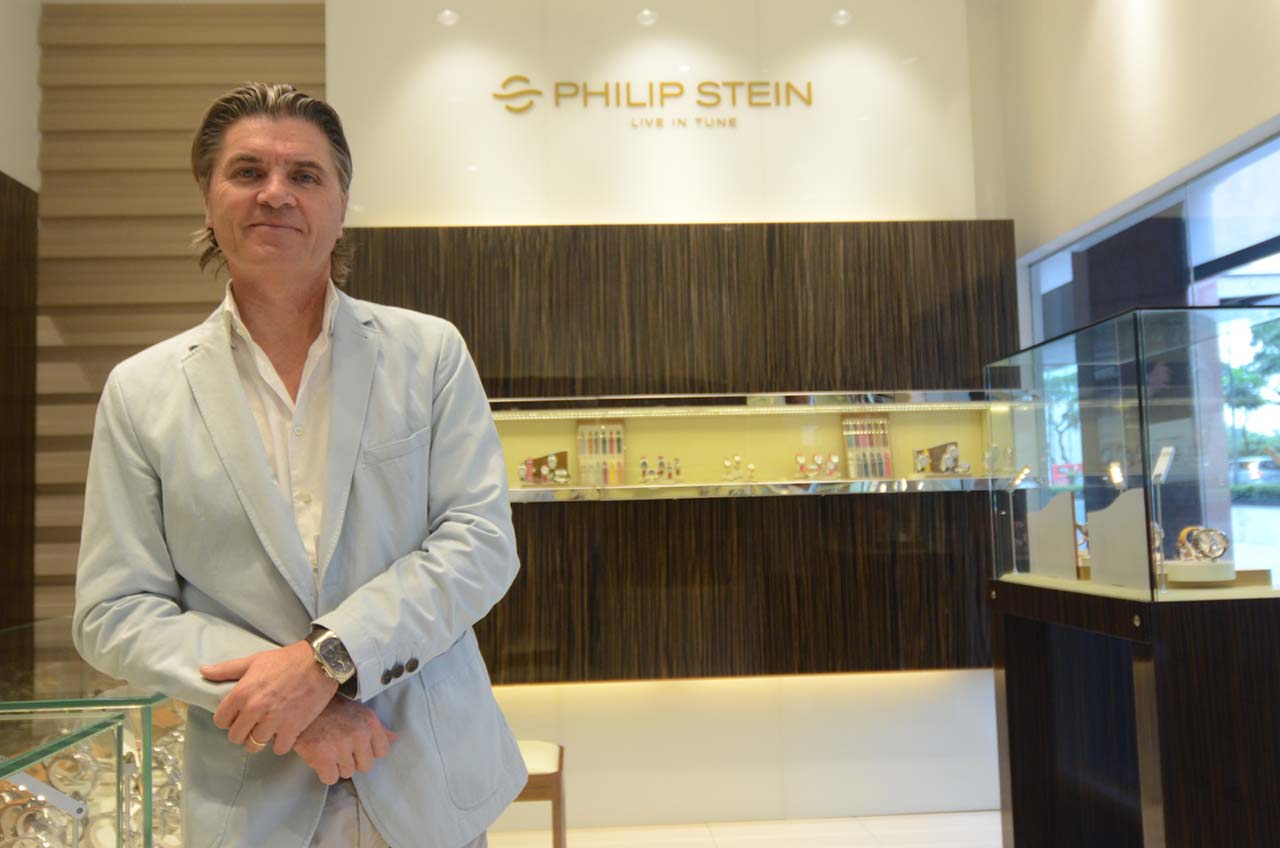 Philip Stein, positioned as an “affordable luxury technology brand,” knew early on that it has to be different in an already crowded global watch business.

So combining Rina Stein’s experience from owning and operating a Swiss watch brand and Will Stein’s marketing background from Lufthansa, fueled their will in 2002 to start offering watches that would be more than a time-telling device, a fashion accessory, or a status symbol.

“Nobody thought of a watch as a ‘well-being accessory,’” Will, Philip Stein’s co-founder and president said in an interview with Rappler on May 27, and added he and Rina both live a healthy lifestyle thus the items they offer.

So the Steins developed the proprietary “Natural Frequency Technology (NFT),” through which natural occurring frequencies are captured in a metal component found in every Philip Stein timepiece and bracelet. Working like a fine tuned antenna, the disk can pick up combinations of frequencies between 0.2 and 32.5 Hertz, believed to be beneficial for overall well-being or sleep.

Boosted by the likes of media mogul Oprah Winfrey or actor Samuel L. Jackson, other customers said that wearing the brand’s watch made them cope better with their daily stressors, while others said they feel more focused. 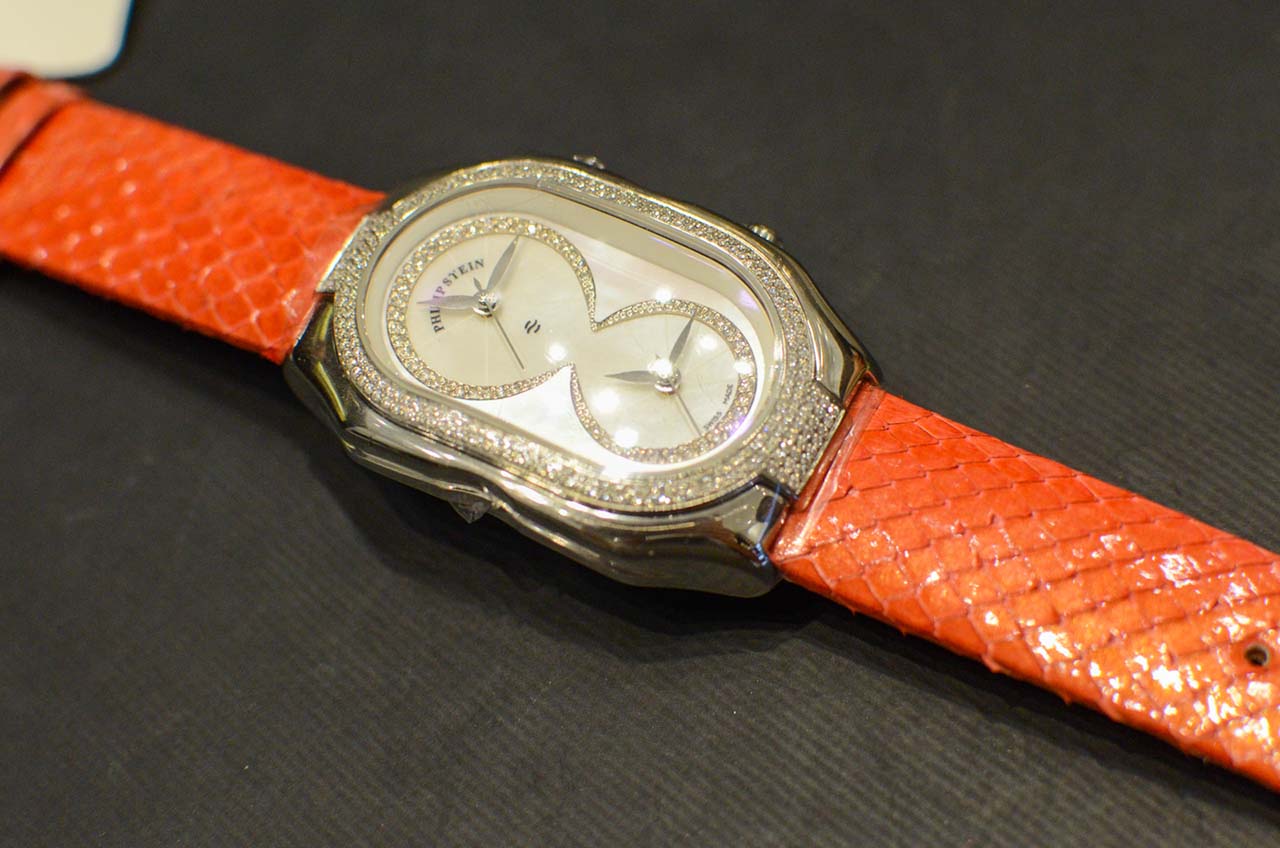 Will said Philip Stein’s unique selling proposition is its technology.

“Yes, we have a beautiful watch but more importantly, we have the technology. We have the people who benefitted from our technology. Their testimonials started the whole movement of Philip Stein,” Will said.

Philip Stein offers dual time zone watches, the DNA of its Signature collection and the brand’s most saleable (depending on the model, the price range from $600 to $3,455). Philip Stein also offers single time zone watches, plus interchangeable straps. The watches’ chronos also are ergonomically designed that they hug the wrist comfortably.

“We want to have a watch that’s easily recognizable that you’d say, ‘oh he’s wearing a Philip Stein,” he said. 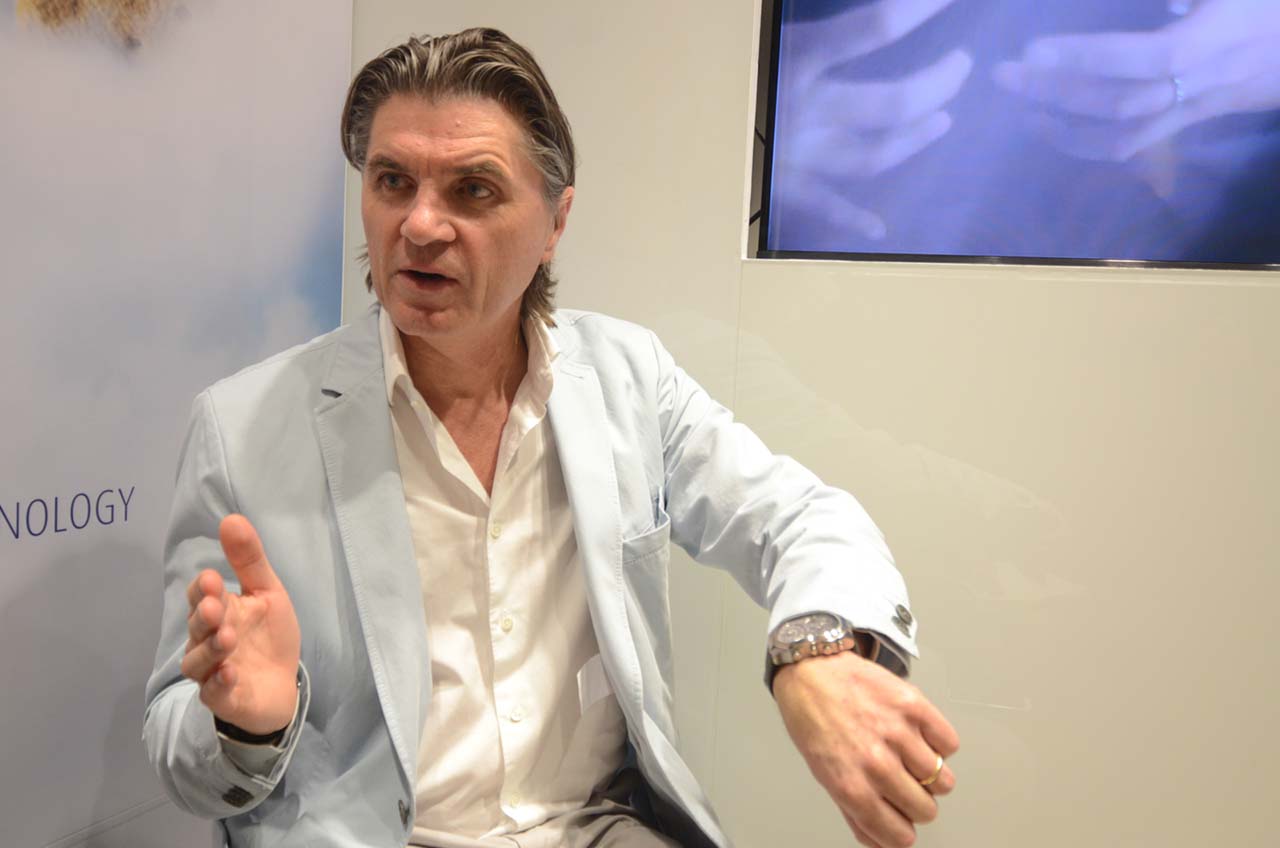 But who is Philip Stein?

Philip is not a person, rather a name thought for their then unborn son. “But we decided to call our son, Benjamin, and our then upcoming ‘child,’ Philip. The brand is our baby,” Will fondly shared.

And with Oprah showing off Philip Stein as among her “favorite things” naturally attracted the female customers to the brand, which to date commands 65% of its market.

Women is the primary market because Philip Stein is not only a watch but a well-being accessory that helps one’s overall health, Will said.

“As women found that they felt better wearing our watch, they dragged the boyfriends and the husbands to the store to buy Philip Stein,” Will laughed. 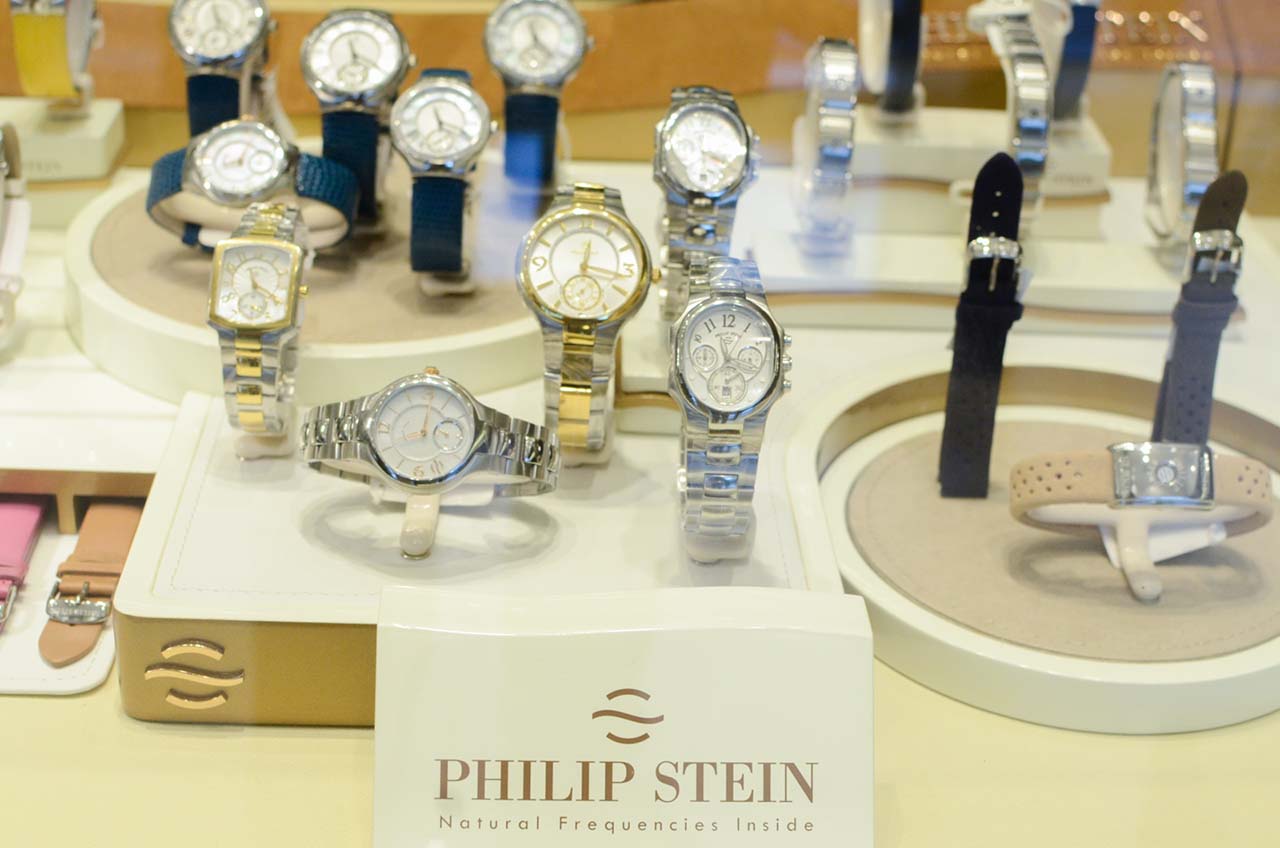 “Our watches, sleep bracelets help you with your sleep patterns, your mind and body alignment. These smartwatches have an app that can track how well you slept wearing Philip Stein. They can help validate our technology and its benefits,” Will pointed out.

Will clarified though that the experience from customer to customer vary. Some, like those practicing yoga, would feel calm and relaxed instantaneously.

“Philip Stein is an add-on to a healthy lifestyle. I can’t eat French fries all day and expect my Philip Stein watch to magically help me feel better,” Will said.

Citing such, Will said Philip Stein does not need repositioning to just compete with the smartwatches.

“We’re not going to be followers. Our NFT has nothing to do with man-made frequency (technology),” Will said. 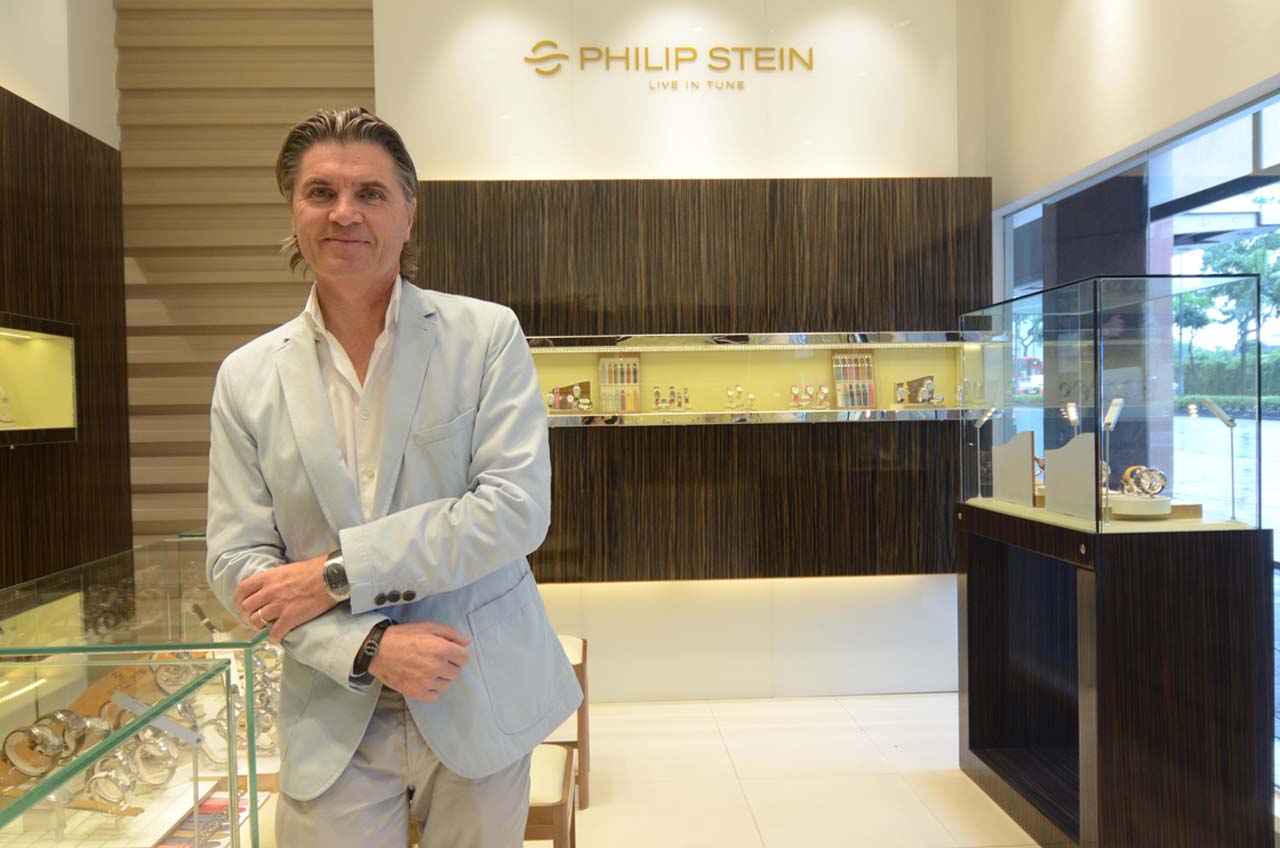 And while expansion is important for any company, Will said Philip Stein’s philosophy is to expand organically, and thought of overseas expansion immediately after it launched in 2003.

“Our company is self-financed. We don’t use any bank money ever since. It has been very advantageous to us during the financial crisis (2007-2008), there was no bank calling us, asking us to pay them [immediately],” he said.

Of course, Philip Stein adjusted then its prices to 20% to 30% lower, then came out with models that are more affordable than their earlier collections, thus opening the brand to a larger market.

While China is an important overseas market, Will said they really have not expanded fully as they are still finding the “right partner” or distributor there. “We’re working to go to China in a big fashion,” he said. Philip Stein started distributing in Hong Kong in 2004. 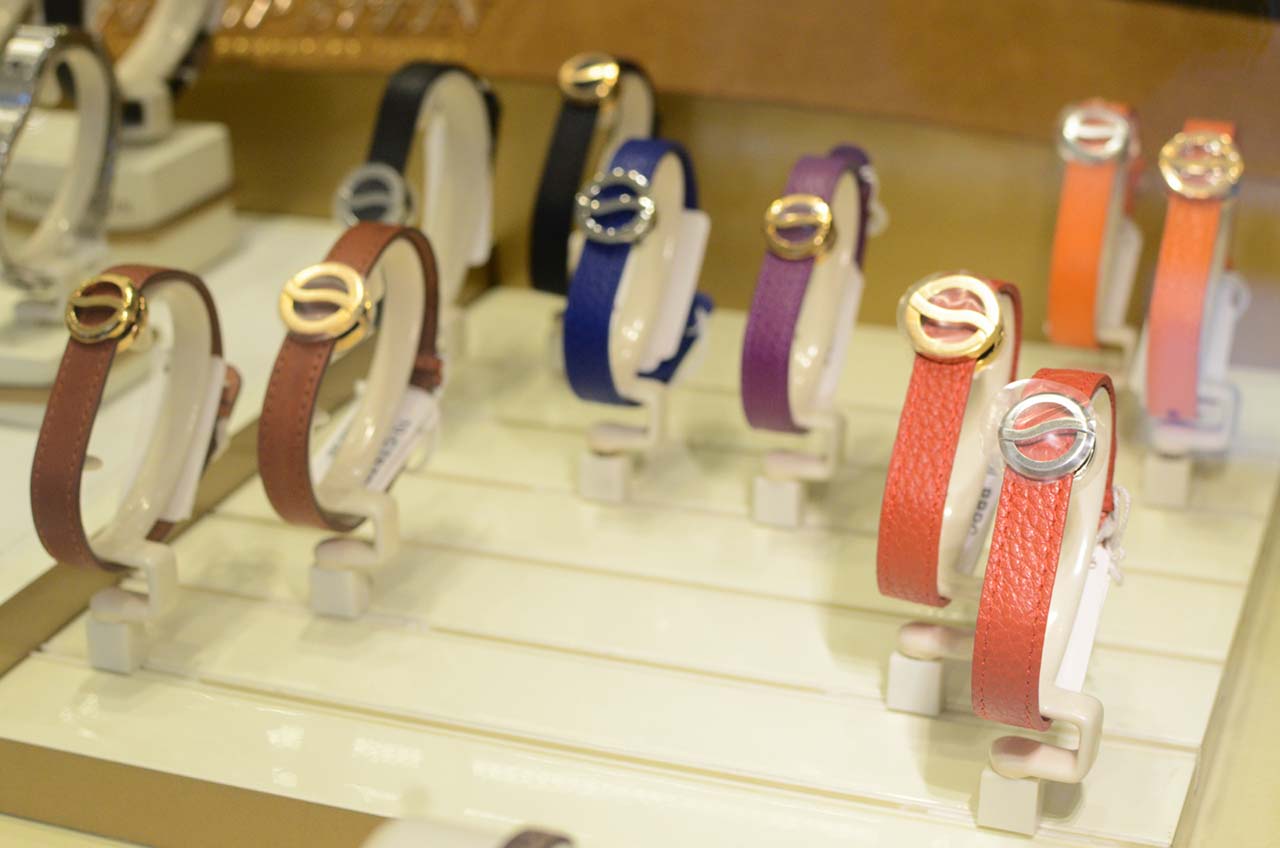 The brand also recently opened its office in Singapore and 3 stores, as the country is very important since it is the hub or window to Southeast Asia, he said. “We used to work with a distributor. But we decided to take control of our destiny in Singapore and in nearby countries,” he added.

Philip Stein is also solidifying its presence in Thailand and Indonesia and would eventually go to Malaysia and Vietnam, with only 70 people in its global workforce and a smarter, outsourced business model from manufacturing to shipping.

Its sleep bracelets line also tapped the travelers as market, as they struggle to sleep on long-haul flights or accommodations. “This is a way to help them sleep naturally. We’re now selling it on 15 airlines, including Philippine Airlines,” he said.

Growing in the Philippines 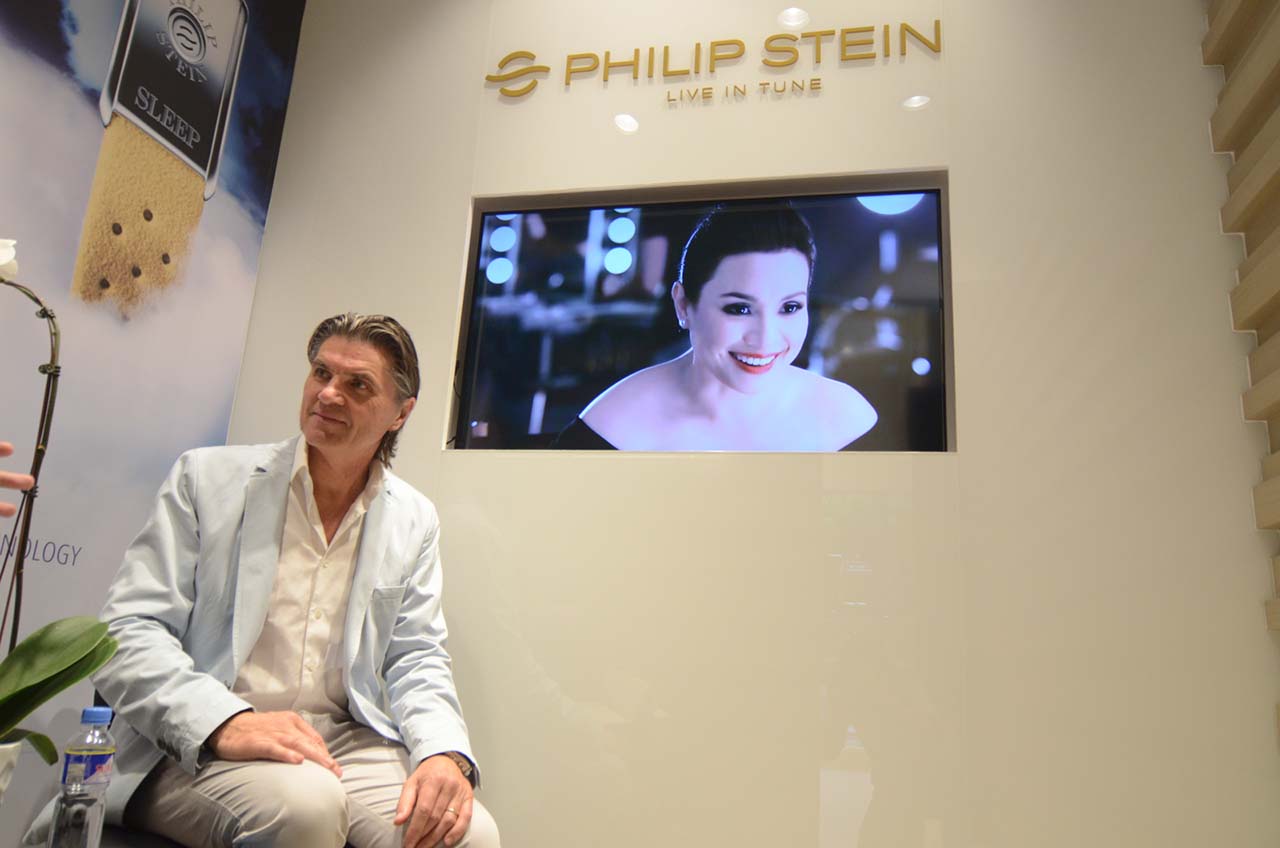 And the Philippines is a very important market, he said, as it is number 3 in over 30 markets of Philip Stein, or about contributes 60% to the brand’s growth in Asia.

“Thanks to the Lucerne Group, we have been able to distribute Philip Stein very successfully in the Philippines. Even after 10 years being in the market, the brand is still growing,” he said.

To date, there are 12 Philip Stein boutiques in the country. The brand’s items are also sold in 12 Lucerne/Chronos stores; 16 Swiss Gear/Wrist pod stores; and 8 department stores.

In July, Philip Stein is launching the Legacy collection specifically for the Philippines.

Part of the collection is the limited edition Lea Salonga watch, a collaboration with the Broadway star who is Philip Stein’s brand ambassador.

“The Philippines has been extremely good for Philip Stein. It’s our way of saying ‘thank you for being such a big supporter of Philip Stein,’” he said.

A modern interpretation of the Signature collection, the Lea Salonga watch will only be available in 222 pieces (representing the star’s birthday, February 22). A blue-faced, dual time zone watch, it is a seamlessly-looking watch, but comes with interchangeable wrist bands.

A business which watches remain as its bread and better (followed by sleep bracelet, bracelet, wine wand), is timing everything for Will when it comes to growing Philip Stein?

“Timing is one factor. What’s important is to think outside the box. I always tell our people, ‘when everybody looks to the left, we have to look to the right,’” he said.

Will illustrated that when you go to Baselworld (the largest, annual watch fair in the world), there are over 900 brands on exhibit. “It’s such a big market. How do you create noise in such a market? Have a different product and use different methods to market it,” Will said.

Will added Philip Stein has already carved a niche which it can only occupy. “Nobody else has this technology. There are many more beautiful, high-quality watches than Philip Stein. But if you want to have a beautiful watch, and at the same time, a well-being accessory, it’s only Philip Stein,” he said. – Rappler.com