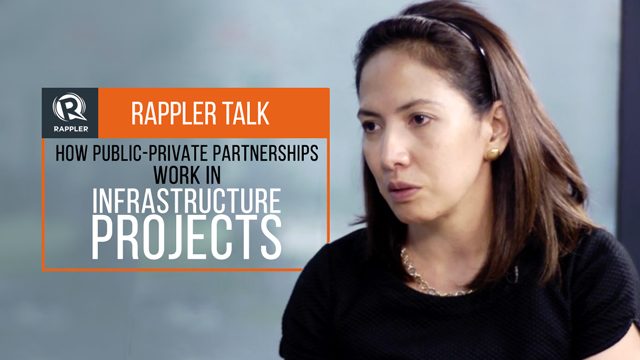 MANILA, Philippines – Getting around Metro Manila has become more time-consuming than ever. There are millions more cars, thanks to economic growth, but infrastructure spending has lagged behind.

Public spending on infrastructure — a key driver of the Philippine economy — ended 2014 on a muted note because of delays and fiascos that plagued most projects. Spending fell 24.4% short of the P365.2-billion program for infrastructure in 2014.

Infrastructure underspending is one of the culprits of lower-than-expected Philippine economic growth in the first quarter of the year. But economists see a way to address this: rolling out more public-private partnership (PPP) projects. (READ: PH’s PPP thrust: A work in progress)

“Close to 40% of infrastructure projects are being implemented via PPP,” said PPP Center executive director Cosette Canilao, emphasizing that this could give the “Philippine economy an added boost if projects are implemented on time.”

But how does the PPP Center roll out an infrastructure project? How long does it usually take from conceptualization to implementation? What are the key hurdles in achieving implementation timelines for PPP projects? Five years since its kick off in 2010, did the flagship program of President Benigno Aquino III meet expectations? – Rappler.com