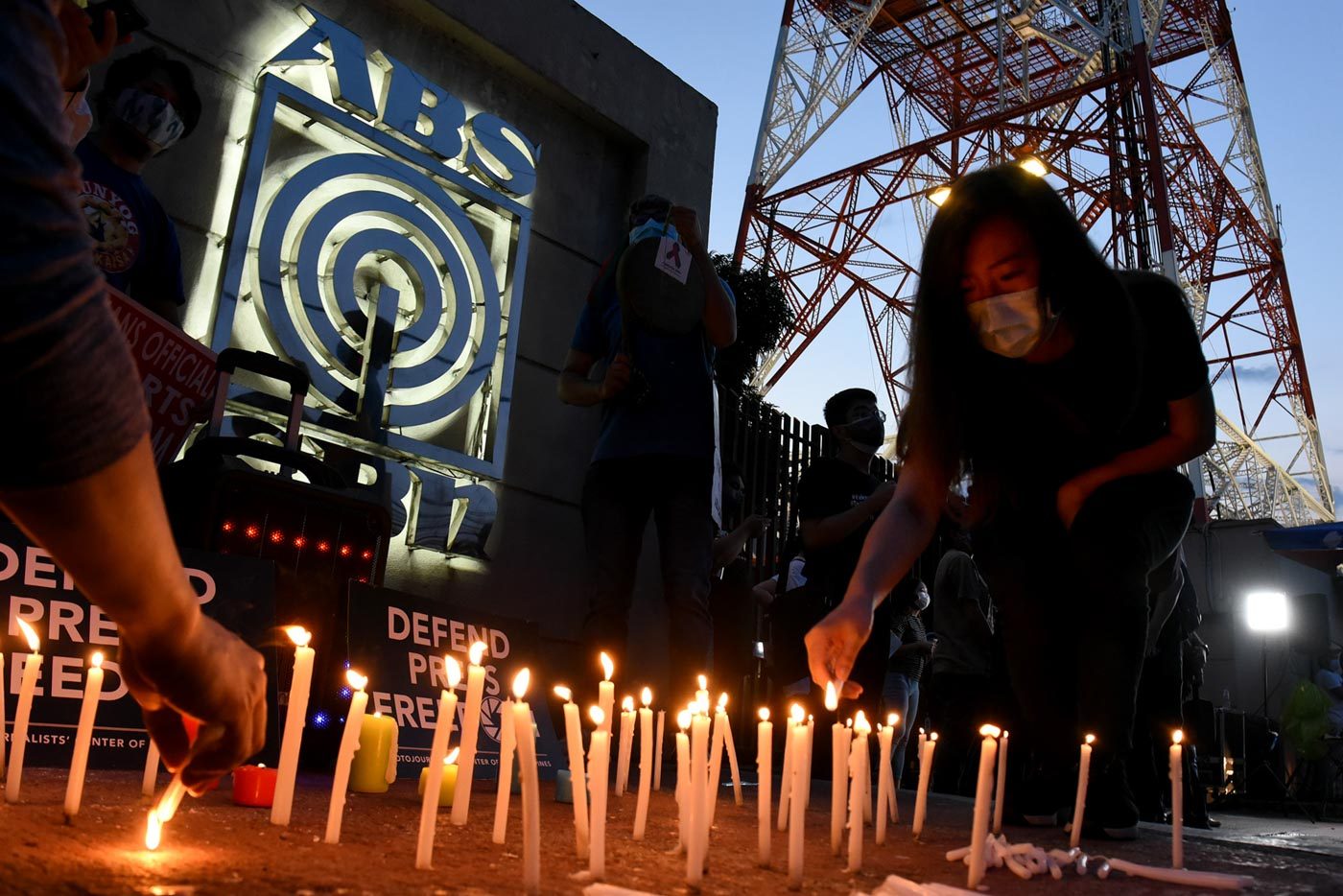 About 50 vehicles drove around the compound of ABS-CBN honking, shouting, lifting their fists and holding some placards denouncing the rejection of the network's franchise by the congress on July 15, 2020. Photo by Angie de Silva/Rappler

Media giant ABS-CBN is now focusing on its digital and cable businesses following its shutdown.

In a disclosure to the Philippine Stock Exchange on Thursday, July 23, the company said it will continue operating in businesses that do not require a legislative franchise.

These include international licensing and distribution, digital and cable businesses, and content syndication via different streaming services. (READ: FAST FACTS: Other businesses of ABS-CBN)

ABS-CBN said it is also reducing its investments in “non-core” activities. (READ: KidZania Manila to cease operations in August)

“The company takes into consideration the probable shift of consumer behavior in terms of accessing content, as well as the ever-changing technology available to the public,” ABS-CBN said.

A big chunk – 50% – of the company’s unaudited consolidated revenues for the period ending in September 2019 came from free-to-air advertising.

To mitigate the impact, the company said it will continue to implement cost control measures, such as reduction of overhead expenses, rationalization of capital expenditures, and streamlining of manpower.

As for its loans, the company expressed confidence it can fulfill its financial obligations to creditor banks, citing proper security in place.

ABS-CBN also vowed “to honor all existing obligations for goods delivered and services rendered” by suppliers.

ABS-CBN was forced off air early May, with lawmakers rejecting its bid for a fresh franchise for alleged “numerous violations” on July 10 – a decision widely condemned as politically motivated. – Rappler.com