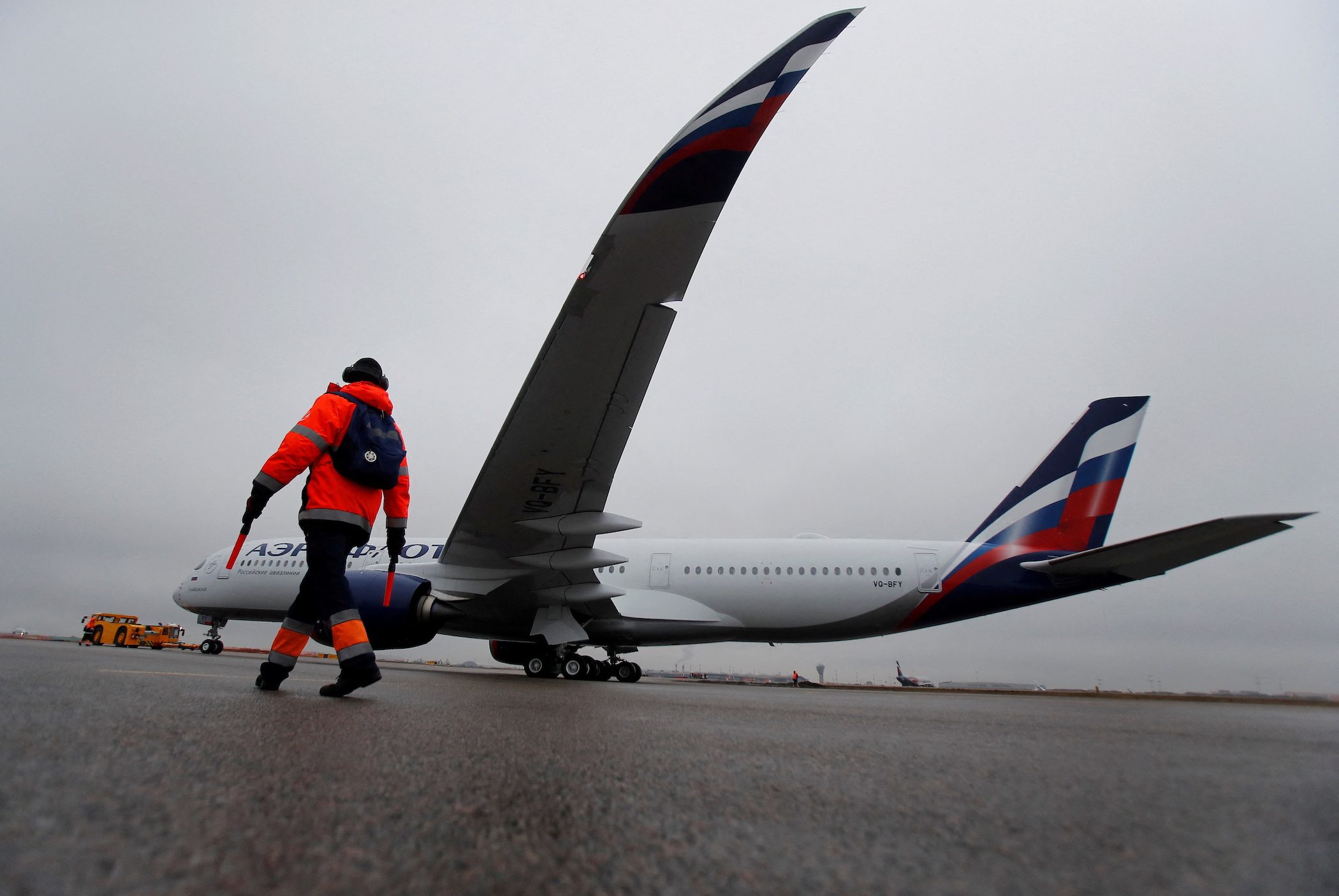 AEROFLOT. An employee walks past the first Airbus A350-900 aircraft of Russia's flagship airline Aeroflot during a media presentation at Sheremetyevo International Airport outside Moscow, Russia, March 4, 2020.

A new Russian law on leased aircraft showed Moscow could “confiscate” planes and such a move might help it claim insurance, Air Lease Corporation said at a time when leasing firms risk writing off jets stranded in the sanction-hit country.

“It (the law) helps the insurance question because it demonstrates the intent to confiscate which is, I think, a critical aspect of our war-risk insurance,” Air Lease chairman Steven Udvar-Házy said on Wednesday, March 16.

The new law allows Russian airlines to place airplanes leased from foreign companies on the country’s aircraft register and has raised fears of a mass default by jetliners.

Global leasing companies have been scrambling to repossess more than 400 jets worth almost $10 billion from Russian airlines, who have mostly been unresponsive to demands for surrendering the jets.

That has thrown up the possibility of a long-drawn tussle between lessors and insurers, who could face multibillion-dollar payouts.

The law has prompted AerCap Holdings, the world’s largest aircraft leasing company, to notify insurers of a potential $1-billion loss, according a report in The Insurer.

AerCap declined to comment. It is scheduled to report fourth quarter results on March 30.

Russia said the law aims “to ensure the uninterrupted functioning of activities in the field of civil aviation.”

“I can very easily see government stepping in at some point in time as they’ve done,” Willis said during a presentation at the JP Morgan Industrials Conference.

Cowen analyst Helane Becker said she did not believe either the United States or the EU will step in to provide support.

“Large western lessors with exposure to Russia should be able to handle the situation without government support,” Becker said.

Shares of Air Lease closed 3.7% higher after it allayed fears arising from its exposure to Russia as all of its planes are with privately-owned carriers in Russia who prefer to continue doing business with western firms.

Air Lease, which had less than 5% of its fleet by net book value on lease to customers in Ukraine and Russia, said it was making “good headway” in cutting exposure to Russia. – Rappler.com