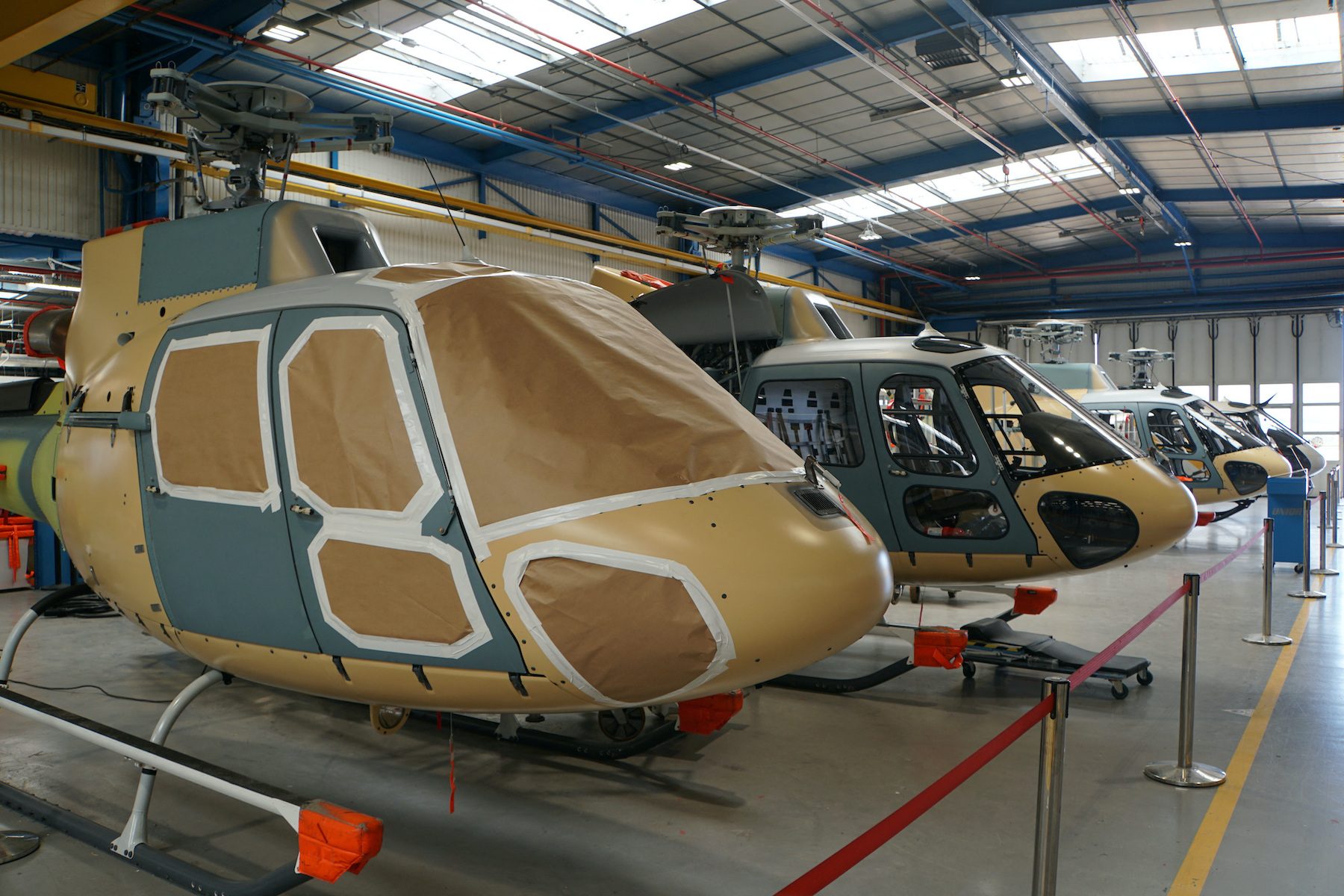 AIRBUS HELICOPTERS. Light helicopters of the H125/130 Ecureuil (Squirrel) family are seen on the assembly line at the Airbus Helicopters plant in Marignane, near Marseille, France, September 8, 2022.

Cushioned by critical public services, helicopter demand suffered less of a battering from COVID-19 than the grounded airline industry. But the looming energy crisis and a rethink of priorities amid war in Ukraine have added zest to the recovery.

“We expect a very strong year in terms of order intake especially by value,” Airbus divisional CEO Bruno Even said as the world’s largest civil helicopter maker celebrates its 30th anniversary since taking flight in a Franco-German merger.

“We also expect growth in revenues, which will be supported by growth in services and deliveries of helicopters.”

Orders had already risen thanks in part to a major French military order, reaching a record 8.55 billion euros ($8.53 billion) in 2021 after a decade of overall decline led by offshore oil firms. Further military contracts were booked this year.

“2021 really marked a turning point compared to previous years, which were hard for the industry,” Even told Reuters.

Flight hours, which drive service revenues that make up almost half of Airbus Helicopters sales, are now back to 2019 pre-COVID-19 levels and the number of available secondhand helicopters – a brake on new sales – has fallen, he added.

The average worldwide oil-rig count rose 24% in the first eight months of 2022, compared with the same period last year, but remains below 2019 levels, according to Baker Hughes.

Any offshore recovery could benefit fuel-efficient and cleaner models like the new H160, taking shape on a line pulsing forwards on automated guided vehicles inside the giant Marignane helicopter plant in France in a bid to reduce lead times.

“There has been a big lull in the oil and gas part for a long time. We note the operators are very concerned to contain their own emissions,” said program manager Gilles Armstrong.

‘Can’t not be worried’

In the long, low Light Helicopters building nearby, three lines of small H125/H130 helicopters are gradually speeding up.

Now in its fifth decade, the Ecureuil or Squirrel family is the world’s most sold helicopter. Demand for the Jack-of-all-trades vehicle outperformed larger units during COVID-19.

Even so, a spike in inflation has injected new risks this year. And a succession of crises including COVID-19 has spread supply chain disruption beyond electronic chips, Even said.

“You can’t not be worried: it concerns the whole of the aerospace industry,” he said in an interview.

Asked whether supply pressures were improving, he said, “No, it is a zone of tension and will remain so in coming months.”

The former engine-making executive acknowledged that US certification for the H160 was taking longer than Airbus had originally expected, but predicted it would come this year.

The medium-sized utility helicopter was approved by Europe in 2020 and has since been cleared in Brazil and Japan.

“We are cooperating closely” with the US Federal Aviation Administration (FAA), he said.

The FAA, which is widely seen as taking longer to give approvals since the Boeing 737 crisis, coupled with a slowdown in meetings during COVID-19, declined to give a timetable.