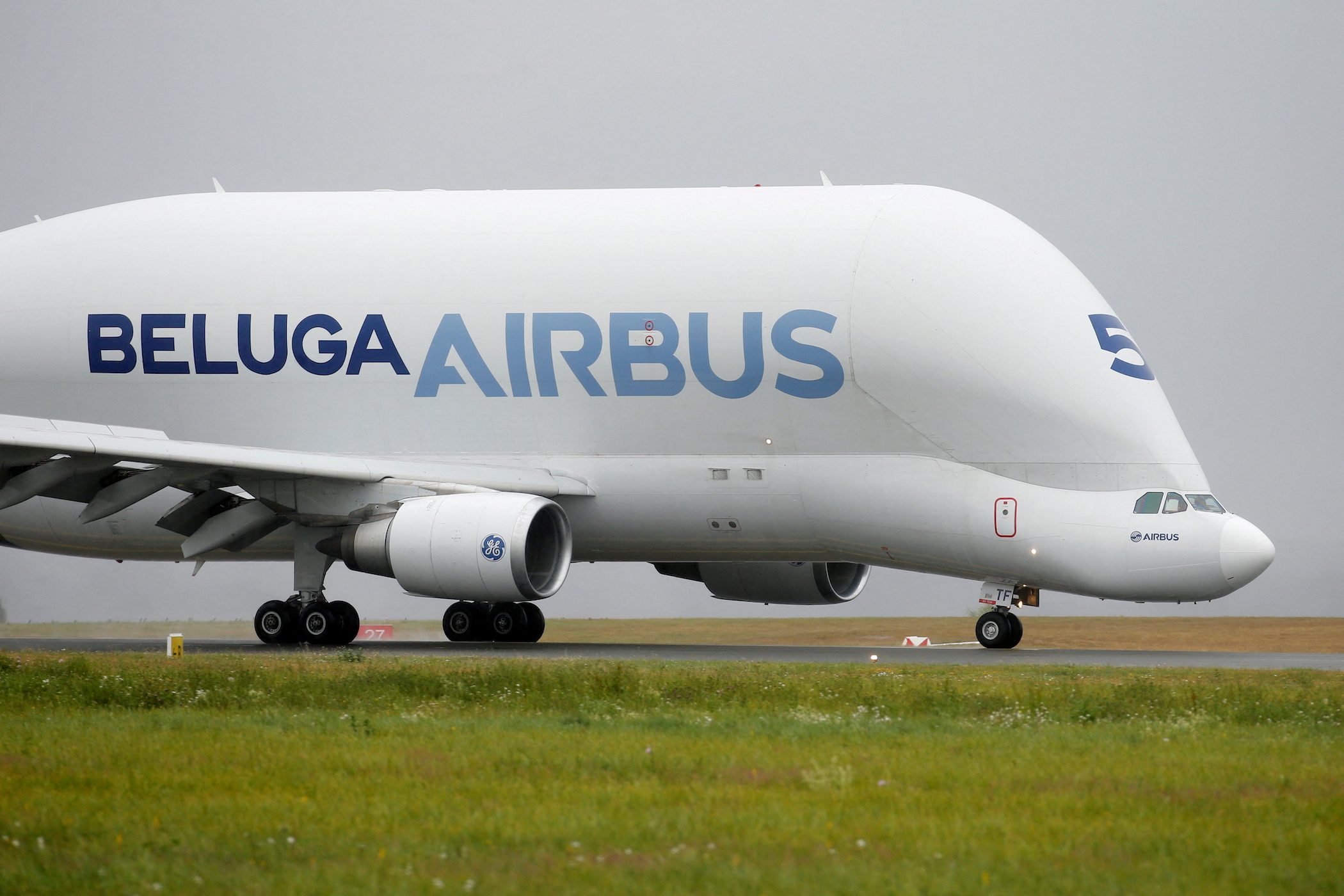 AIRBUS. An Airbus Beluga XL transport plane lands at Albert airport near the factory of Stelia Aerospace, a subsidiary of Airbus, in Meaulte, France, July 1, 2020.

SINGAPORE – Airbus voiced optimism on Monday, February 14, about sales of a new A350 freighter after Boeing launched a competing cargo version of its future 777X jetliner and said it was doing everything possible to shore up fragile global supply chains.

Airbus launched the freighter version of its A350 wide-body jet last year to address rising air cargo demand and penetrate a profitable part of the jet market dominated by Boeing, which hit back with a 777X freighter launch order from Qatar Airways.

“Yes, you can expect to see more orders for the A350 freighter,” chief commercial officer Christian Scherer said ahead of the Singapore Airshow which runs from Tuesday to Friday, February 15 to 18, but declined to elaborate.

Provisional customers for the A350 freighter include Singapore Airlines which could confirm a provisional order to coincide with this week’s air show, delegates said.

The airline signed a tentative deal in December to buy seven A350 freighters and become its first major airline operator.

But the deal also involves dropping previous orders for 15 A320neo jets and two A350-900 passenger versions. Both Airbus and Boeing have agreed to convert some passenger plane orders in order to secure wins for their new twin-engined freighters.

Scherer declined comment on a dispute with Qatar Airways which has led the Gulf carrier to refuse to consider buying the A350 freighter and back Boeing’s 777X cargo version.

It has also placed a provisional order for at least 25 Boeing 737 MAX jets, after Airbus revoked an order for A321neos as part of the same dispute over surface damage to A350 jets.

Scherer played down industry concerns over supply chains when asked whether Russian titanium could be swept up in any tit-for-tat sanctions resulting from tensions over Ukraine.

“Fundamentally, we are not concerned about the structural issue,” Scherer said.

Industry sources have said Airbus and Boeing have increased stocks of the strategically important metal, of which Russia is the largest producer.

Asked whether broader supply chain problems could also hamper Airbus’ plans to increase jetliner production, he said, “we are doing everything we can for that not to be the case.”

Boeing also indicated on Monday it was not concerned about Russian titanium supplies, but said it was keeping a close watch on other pinch points.

Concerns over the Ukraine crisis hit European shares on Monday, with Airbus down 3% and major airlines falling 6%.

Planemakers are gathering for Asia’s largest aerospace event, whose attendance has been hit by COVID-19 restrictions.

Airbus said it had firmed up previously tentative orders for 20 A220 small jets from leasing company Aviation Capital Group, a subsidiary of Tokyo Century Corporation, and 28 A320neos from Kuwaiti carrier Jazeera Airways.

Airlines have been rushing to buy such jets again as some markets recover, though long-haul travel remains depressed.

Analysts say one exception has been China, which has been notably quiet as US-China trade tensions cast a pall over its demand for Boeing jets, spilling over to affect demand for Airbus as planners avoided all politically sensitive purchases.

Scherer noted the risk that China could miss out on available airplanes as other airlines fill the gap. Usually China accounts for about a quarter of global purchases.

“We are still hopeful to be able to include additional transactions by Chinese customers,” Scherer said.

“Notwithstanding the pandemic crisis, we’ve continued to sell very successfully…so there’s a lot of pressure now on our friends in China to come to the party or run the risk of seeing not enough capacity to satisfy their needs. But I remain optimistic that China will come back to an ordinary cycle.”