Airbus vs Boeing: Legal battle of the titans 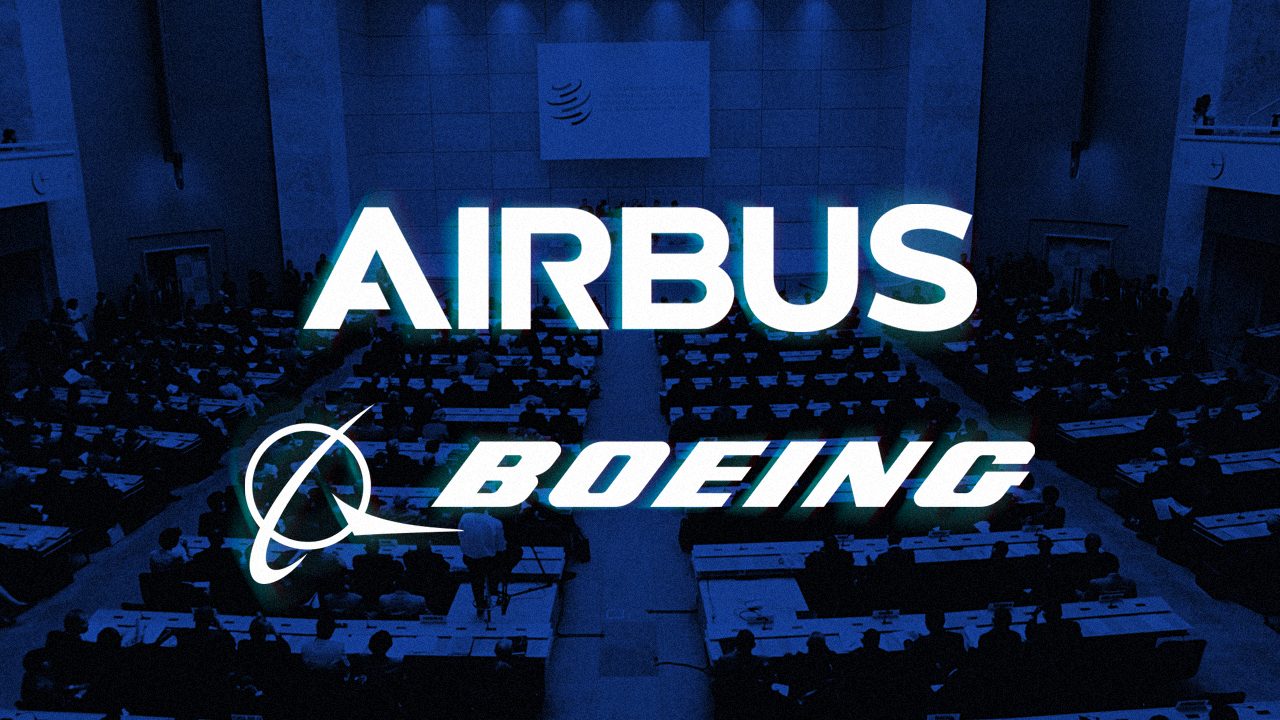 Facebook Twitter Copy URL
Copied
Here are some of the highlights to date in the trade hostilities between the United States, representing Boeing, and the European Union, acting for Airbus

The tit-for-tat legal battle between Airbus and Boeing at the World Trade Organization (WTO) can, after 16 years, be fairly described as epic.

The world’s two aviation giants do not face each other directly at the WTO’s Dispute Settlement Body, with Boeing represented by the United States and the European Union acting for Airbus.

The hostilities have continued unabated since 2004, when Washington declared that a 1992 US-EU agreement governing subsidies in the aircraft industry was dead.

Here are some of the highlights to date in the battle of the titans, which entered a new stage on Tuesday, October 13, when the WTO allowed the EU to slap sanctions on the US over its aircraft subsidies.

After years of a commercial standoff between the two aerospace giants, the Americans and Europeans in 1992 signed a ceasefire agreement that barred government subsidies to be used to support production of civilian aircraft with more than 100 seats.

The deal did however allow for government support for research.

For Airbus, EU countries are authorized to finance up to 33% of research programs through reimbursable loans. Boeing meanwhile can receive assistance through NASA and US military programs as long as it remains below 3% of the aircraft maker’s annual turnover.

A decade later, on October 6, 2004, US president George W. Bush’s administration filed a complaint before the WTO, accusing Britain, France, Germany, and Spain of breaking the 1992 agreement and providing illegal subsidies and grants to support the production of a range of Airbus products.

Brussels immediately hit back, filing its own WTO complaint on the same day against Washington, alleging that Boeing had received $19.1 billion worth of prohibited subsidies from 1989 to 2006 from various branches of the US government.

In accordance with WTO rules, the parties first engaged in consultations. When those failed, the organization’s Dispute Settlement Body in 2005 created two expert panels to rule in the two parallel cases.

In 2010, WTO judges delivered a mixed ruling, saying some of the support given to Airbus was prohibited while other parts were permitted under international trade law.

The past decade has seen appeals and counter-appeals over both the substance of the rulings and then over whether the EU had adequately amended its behavior to comply with the rulings.

Last year, the WTO authorized $7.5 billion in US sanctions against European goods and services – the biggest amount of sanctions ever authorized by the global trade body.

WTO judges said in a 2012 ruling that roughly a third of the subsidies provided to Boeing were illegal.

The US said it would make changes to comply with the ruling.

Various suits were then filed over several years, largely over the question of whether US federal and state governments were actually complying with the ruling.

Last year, WTO judges found that the US had failed to fully remove all the prohibited subsidies.

Brussels had demanded permission to slap $12 billion worth in tariffs on US goods as punishment, but the WTO has agreed to just a third of that, giving the green light on Tuesday to impose tariffs on $4 billion worth of US goods and services.

Both Washington and Brussels have declared victory with each WTO ruling. And both sides have also repeatedly declared their readiness to negotiate.

A negotiated settlement to the decades-old conflict would be in everyone’s interest, according to experts, who warn only lawyers have benefited from the drawn-out standoff. But it remains to be seen if a new ceasefire like the one agreed nearly 30 years ago is possible at a time when global trade tensions are soaring. – Rappler.com