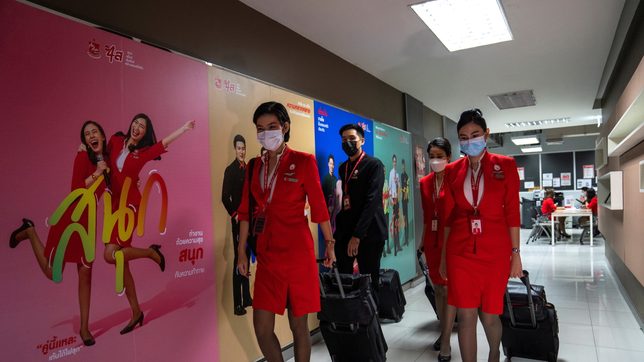 From engineers to pilots, Thailand’s aviation industry is gearing up for a grand reopening on Monday, November 1, when the tourism-reliant country will welcome vaccinated arrivals without quarantine, ending nearly 19 months of strict entry rules.

Prime Minister Prayuth Chan-ocha announced this month that vaccinated arrivals from 46 countries would be allowed entry without quarantine from November.

Airlines have responded quickly, bringing back jets from hibernation, or long-term parking, where they have been kept with their engines covered for protection and systems wound down.

“It is in our DNA, it’s easy to come back and reinstate,” said Thai AirAsia head of engineering Banyat Hansakul, referring to the routine of preparing the planes. “It’s like riding a bicycle.”

Already, Thai AirAsia had been using 10 jets from its fleet of 60, while Bangkok Airways was flying 13 planes of a total 38, mostly for domestic travel after a pilot project that reopened Phuket and Samui islands in July.

Both airlines expect to use more planes in the months ahead, anticipating greater travel with passengers from neighboring Cambodia, Singapore, and Malaysia as restrictions ease.

Flag carrier Thai Airways International has rolled out a winter schedule with Bangkok routes to London, Munich, Sydney, and Tokyo. “I’m happy to go back to flying again, tourists are coming back, so we get to come back to work,” he said.

Thailand welcomed about 40 million foreign arrivals in 2019. This year the government is targeting just 100,000.

COVID-19 has cost Thailand, one of Asia’s most popular destinations, an estimated $50 billion a year in tourism revenue. Its airlines have also suffered heavy losses.