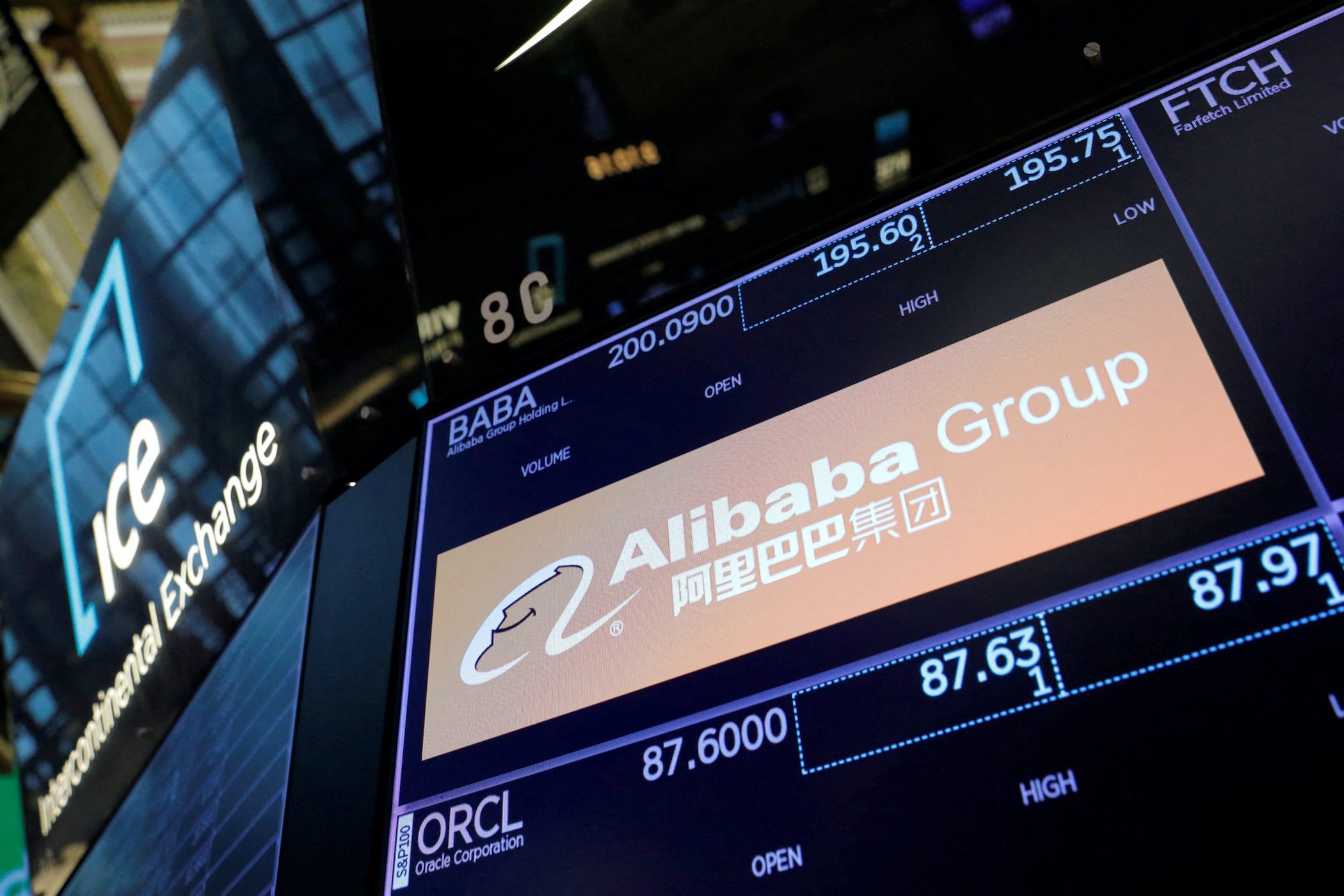 ALIBABA. The Alibaba Group logo is seen on the trading floor at the New York Stock Exchange in Manhattan, New York City, August 3, 2021.

Facebook Twitter Copy URL
Copied
Already present on the Hong Kong bourse with a secondary listing since 2019, Alibaba says it expects the primary listing to be completed by the end of 2022

Alibaba plans to add a primary listing in Hong Kong to its New York presence, targeting investors in mainland China as it becomes the first big company to take advantage of a rule change in the financial hub to attract high-tech Chinese firms.

The e-commerce giant’s move, announced on Tuesday, July 26, comes as both Washington and Beijing sharpen scrutiny over Chinese companies’ listings, and after a devastating regulatory crackdown in China left Alibaba with a $2.8-billion fine and scuppered an initial public offering (IPO) of its affiliate Ant Group.

It also comes against the backdrop of an audit dispute between China and the United States, which is threatening to kick out hundreds of Chinese companies listed in New York.

Analysts said the change should give mainland China investors easier access to the shares via a link to the Hong Kong bourse known as the Stock Connect. Secondary listings in Hong Kong, like Alibaba’s current listing, are not allowed in the Stock Connect trade.

The shares climbed 4.8% by the close of trading, while the Hong Kong benchmark gained 1.7%.

“Being in Stock Connect means it will be more convenient for mainland Chinese investors to eventually buy the stock, so investors are happy to step in today and buy the stock in Hong Kong,” said Louis Tse, managing director of Wealthy Securities.

Already present on the Hong Kong bourse with a secondary listing since 2019, Alibaba said it expects the primary listing to be completed by the end of 2022. Chief executive Daniel Zhang said the dual listing would foster a “wider and more diversified investor base.”

The move comes after the Hong Kong Stock Exchange (HKEX) in January changed its rules to allow “innovative” Chinese companies – operating an internet or other high-tech business – with weighted voting rights or variable interest entities (VIE) to carry out dual primary listings in the city.

Under a VIE structure, a Chinese company sets up an offshore entity for overseas listing purposes that allows foreign investors to buy into the stock.

“Hong Kong is also the launch pad for Alibaba’s globalization strategy, and we are fully confident in China’s economy and future,” Alibaba’s CEO Zhang said in a statement.

Alibaba listed on the New York Stock Exchange in September 2014, marking what was at the time the largest IPO in history.

Since 2020, the company’s share price has tanked in both markets, as a sweeping regulatory crackdown by Beijing has battered Chinese tech companies.

At the same time, US regulators have stepped up scrutiny of accounts of Chinese firms listed in New York, demanding greater transparency.

While broad in scope, a core focus of China’s crackdown has been regulators seeking to expand oversight of public offerings.

The company later delisted and began preparations to list in Hong Kong, leading analysts to interpret the probe as driven by a desire on Beijing’s part for data-rich companies to list domestically.

Concurrent with the announcement of its dual primary listing, Alibaba said on Tuesday in its annual financial report that several Ant Group executives had stepped down from their posts in the Alibaba Partnership, a top decision-making body for the e-commerce giant.

The departures are part of an ongoing decoupling of the fintech division from Alibaba, spurred by the botched IPO.

Justin Tang, head of Asian research at investment advisor United First Partners in Singapore, said that Alibaba’s decision would boost the company’s shares due to its potential inclusion in Stock Connect.

“With regards to other tech listings of similar kind, this will be the playbook for companies looking to hedge against regulatory risk that Chinese companies are facing on the US bourses,” he said.