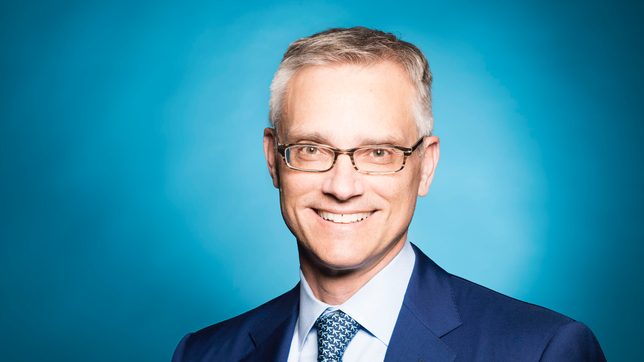 American Airlines Group chief executive officer Doug Parker will hand over the reins of the No. 1 US airline to president Robert Isom on March 31, the company said on Tuesday, December 7, sending its shares up 2% in morning trade.

Parker will continue as chairman, while Isom will join the carrier’s board after he takes over as CEO.

Isom, a longtime airline industry executive, took over as president in 2016 and has overseen operations, planning, marketing, and pricing.

The leadership change comes as the industry recovers from the lows hit during the pandemic but faces operational challenges due to the threat posed by the coronavirus Omicron variant.

Isom faces the challenge of repairing American’s balance sheet as the pandemic has left it with the largest debt stock in the US airline industry. He will also have to work on improving relations with the company’s labor unions.

In an interview, Isom said American would focus on returning to profitability as soon as possible and delivering a reliable service. He also aims to pay down a lot of debt.

“We’re going to be really focused on making sure that we have an appropriate level of leverage,” Isom told Reuters.

Returning to profitability, however, is contingent upon a full recovery in travel demand. Isom said while the airline’s domestic business remained strong, new travel restrictions following the Omicron variant’s discovery had dampened demand in some international markets.

“If there’s anything, it just delays recovery,” he said.

Isom, 58, has been playing a key role in developing American’s strategy before and through the pandemic.

Analysts at Jefferies said he would bring broad experience to the job and the leadership change was unlikely to result in a deviation from the strategy, focused on fleet renewal and alliances, under Parker.

“Given Mr. Isom’s lengthy history with Mr. Parker, this transition was likely in place for a significant period of time,” they wrote in a note.

A ‘thoughtful and well-planned’ succession

In a letter to employees, Parker said the transition was the result of a “thoughtful and well-planned multi-year process,” dating back to Isom’s elevation to president in 2016.

Parker, 60, said the transition would have happened sooner if it was not for the pandemic, which brought the airline industry to its knees.

“While we still have work to do, the recovery from the pandemic is underway and now is the right time to make the transition,” he said.

Parker, one of the longest-serving chief executives in the airline industry, is known for overseeing consolidation in the industry as well as leading it through crises.

He took the reins at America West Airlines just 10 days before the 9/11 attacks. When America West merged with US Airways in 2005, Parker continued as CEO of the combined company.

He was named chairman and CEO of American Airlines in 2013 after its merger with US Airways.

He was also instrumental in negotiating a COVID-19 relief package for the industry, which carriers say has saved thousands of jobs, prevented bankruptcy, and put it in a position to support the economy’s recovery from the pandemic.

Under Parker, American expanded overseas and took on low-cost carriers at home, sparking a fare war. He formed strategic partnerships with Alaska Airlines and JetBlue Airways to compete in markets where other carriers had an advantage.

The alliance with JetBlue, however, has invited lawsuits from the US justice department and six states.

In June, Southwest Airlines named company veteran Robert Jordan as CEO in place of Gary Kelly, who will step down next year. – Rappler.com