Robinhood and Reddit protected from lawsuits by user agreement, Congress 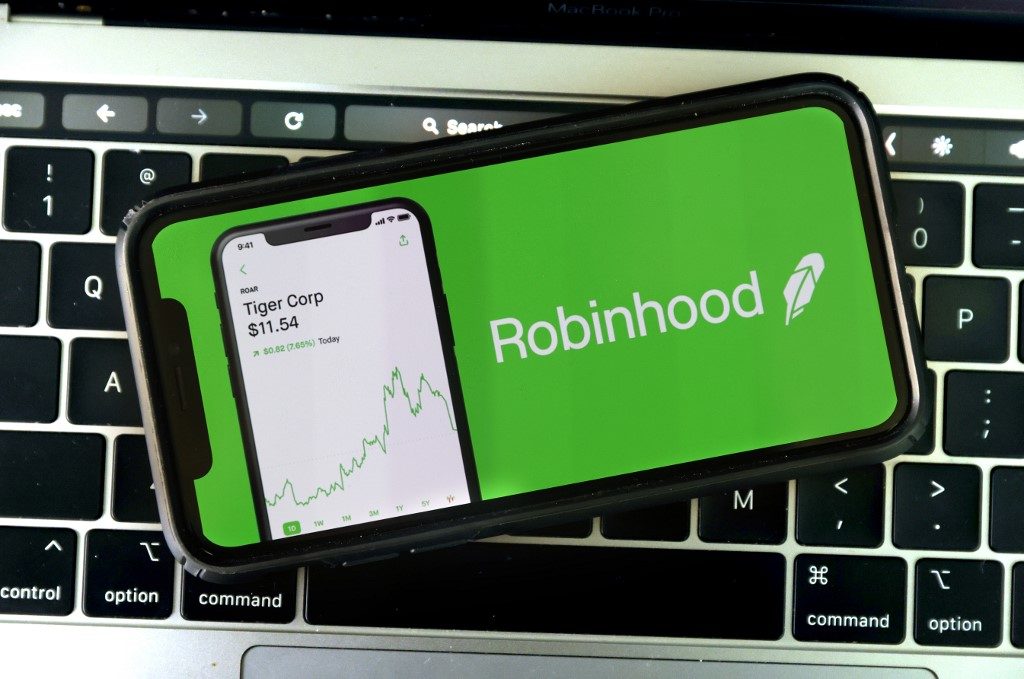 TRADING. In this photo illustration, the Robinhood logo is displayed on an iPhone in San Anselmo, California, on December 17, 2020.

Robinhood Markets‘ user agreement is likely to protect the brokerage app from a barrage of lawsuits filed by customers after it blocked a frenzied trading rally in companies such as GameStop Corporation that was fueled on social media forums.

The owners of internet platforms where much of the discussion took place are likewise shielded from liability for users’ activity under a 25-year-old law known as Section 230.

At least a dozen proposed class action lawsuits accuse Robinhood of breaching its contract with customers when it restricted trading on Thursday, January 28.

Robinhood’s users were at the center of this week’s wild rally in a handful of stocks that had been heavily shorted by hedge funds and championed by individual investors in online chatrooms including Reddit’s WallStreetBets.

The lawsuits, brought in federal court, allege that the Menlo Park, California-based company breached its contractual obligation as a regulated broker to execute orders promptly and effectively.

However, Robinhood is not legally bound to carry out every trade and the lawsuits will not succeed without evidence the company restricted trading for an improper reason, such as to favor certain investors, according to several legal experts.

The user agreement on Robinhood’s website says it “may at any time, in its sole discretion and without prior notice to Me, prohibit or restrict My ability to trade securities.”

Adam Pritchard, a professor at the University of Michigan Law School, said the lawsuits are very unlikely to gain traction.

“The contract says they can do it,” Pritchard said of the company’s decision to restrict trading. “That seems to be a big stumbling block to the breach of contract claim.”

Robinhood did not immediately respond to a request for comment.

The popular commission-free trading platform had branded itself as an app to empower retail investors to take on Wall Street and democratize finance, and the trade restrictions sparked an uproar and claims of betrayal on social media.

Robinhood said the restrictions were necessary to comply with regulatory capital requirements and clearinghouse deposits, which it said fluctuate with volatility.

The lawsuits allege the restrictions benefited large funds that were allegedly invested in or allied with Robinhood.

But the customers are unlikely to clear preliminary court hurdles to get to the point where they can demand documents and depositions to investigate Robinhood’s actions, said Ann Lipton, a professor at Tulane University Law School.

She said attempts to sue brokers for mishandling customer accounts have generally been unsuccessful due to limits that federal securities law places on the filing of class actions. For example, a federal judge in 2019 dismissed a proposed class action against TD Ameritrade Holding Corporation for allegedly mismanaging a tax feature of certain accounts.

The judge said TD Ameritrade customers failed to show the company broke promises or acted unfairly or in bad faith.

The lawsuits against Robinhood seek unspecified damages, including punitive damages, which presents another hurdle to the customers’ chances in court, according to experts.

It will be hard to prove users suffered as a result of Robinhood’s measures because GameStop and other stocks covered by the curbs fell sharply on Thursday after the restrictions were announced, said James Cox, a professor at Duke Law School.

Some of the lawsuits said investors were harmed because they were unable to short GameStop, or speculate the stock would fall.

But some investment firms did take a big hit, and shares in the companies largely rebounded after Robinhood and other online brokerages said they planned to lift most of the restrictions on Friday, January 29.

Melvin Capital Management and Citron Capital had placed large bets GameStop would drop in price and suffered huge losses as the stock rallied.

While Reddit users stoked the rally, the message platform is insulated from claims by the investment funds.

Social media companies are generally not liable for user activity under a statute commonly known as Section 230, a 1996 law that was aimed at encouraging new forms of communication at the outset of the online era.

In the early days of the internet, there were several high-profile cases in which companies tried to suppress criticism by suing the owners of platforms.

One involved a lawsuit against the early online service Prodigy by Stratton Oakmont, the brokerage firm depicted in the Leonardo DiCaprio movie The Wolf of Wall Street. The court found Prodigy was liable for allegedly defamatory comments by a user because it was a publisher that moderated the content on the service.

The budding internet industry was concerned that such liability would make a range of new services impossible. Congress ultimately agreed and included Section 230 in the Communications Decency Act.

“The whole point of Section 230 is to enable sites like Reddit to allow conversations to take place,” said Eric Goldman, a professor at Santa Clara University School of Law.

“Knowing that some conversations will be antisocial and in some cases illegal, Section 230 says that’s not the responsibility of the service that creates the venue of those conversations.” – Rappler.com