Inflation in Russia hits highest in more than 20 years 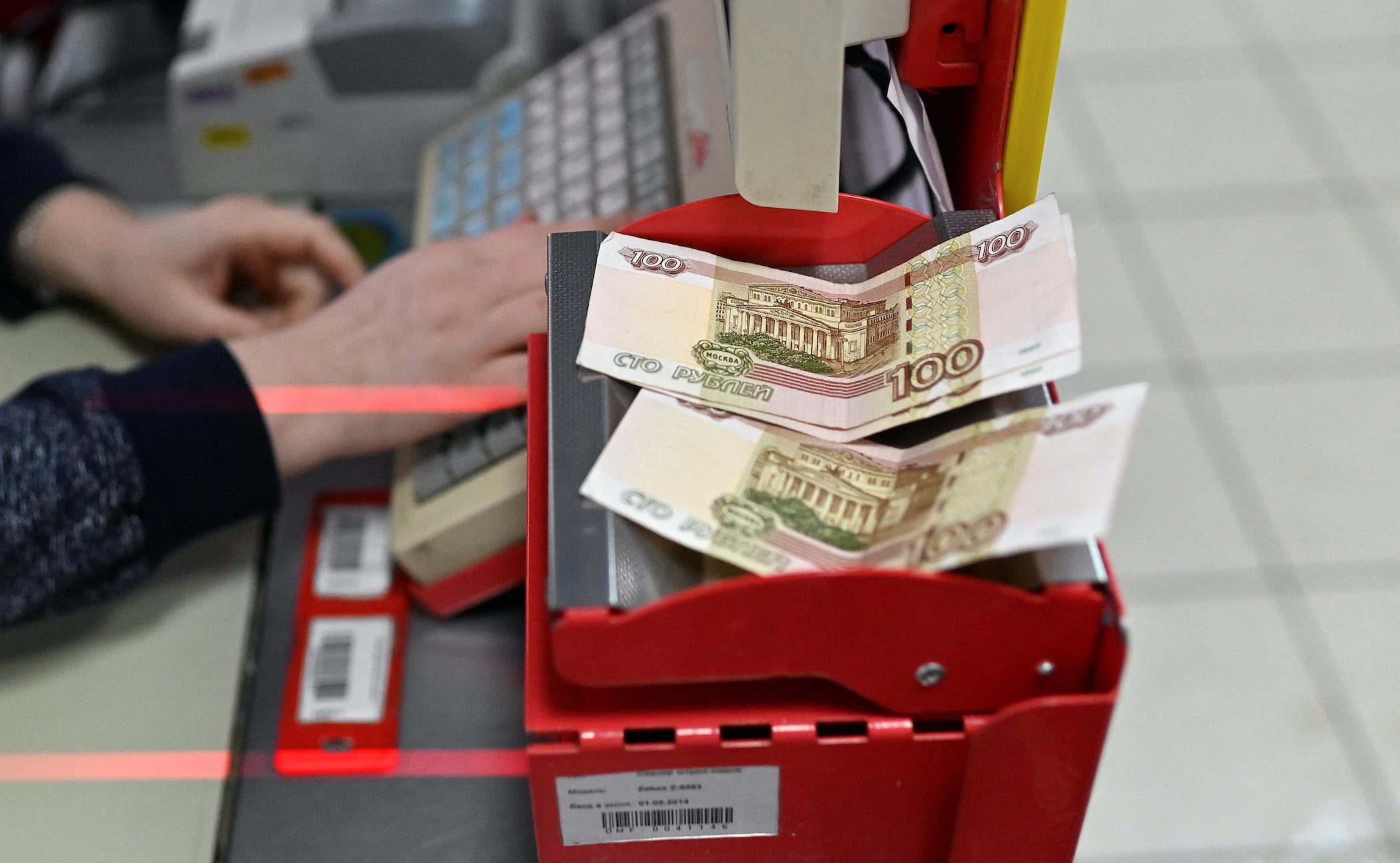 ROUBLE. Russian rouble banknotes are placed on a cashier's desk at a supermarket in the Siberian town of Tara in the Omsk region, Russia, December 14, 2021.

Annual inflation in Russia accelerated to 17.49% as of April 8, its highest since February 2002 and up from 16.70% a week earlier, the economy ministry said on Wednesday, April 13, as the volatile rouble sent prices soaring amid unprecedented Western sanctions.

Prices on nearly everything from vegetables and sugar to clothes and smartphones have risen sharply in recent weeks after Russia on February 24 began what it calls “a special military operation” in Ukraine.

The central bank warned on Wednesday that consumer inflation in Russia will keep on accelerating in annual terms due to base effects, saying that rouble volatility will lead to upside inflationary pressure.

Weekly inflation in Russia slowed to 0.66% in the week to April 8 from 0.99% a week earlier, taking the year-to-date increase in consumer prices to 10.83%, data from statistics service Rosstat showed on Wednesday.

In the same period a year ago, consumer prices rose 2.72%.

In March, consumer prices in Russia jumped 7.61%, their biggest month-on-month increase since January 1999, as the economy took a hit from sanctions and a record fall in the rouble, which has pared its losses since then.

The central bank, which aims for annual inflation of 4%, cut its key rate to 17% from 20% on Friday, April 8, and said future cuts were possible.

Inflation in Russia could reach between 17% and 20% this year, Alexei Kudrin, the head of Russia’s audit chamber, said on Wednesday. Analysts polled by Reuters in late March had on average forecast 2022 inflation to accelerate to 23.7%, its highest since 1999. – Rappler.com