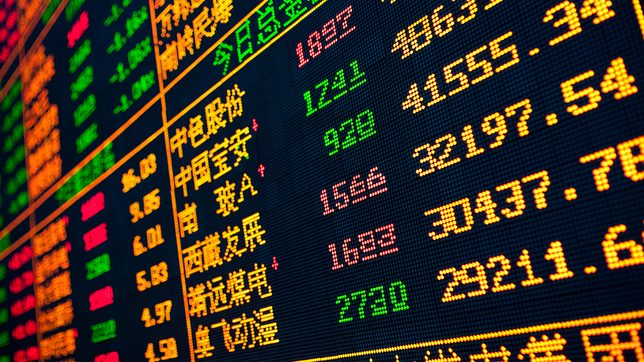 Asian shares were on edge on Wednesday, October 13, as worries about soaring power prices fueling inflation weighed on sentiment and drove expectations the United States would taper its emergency bond buying program, keeping the dollar near a one-year high.

Investors are also cautious about placing strong bets ahead of US consumer price inflation data and minutes of the US Federal Reserve’s September policy meeting, both due later in the day, as well as the start of company earnings season.

However, positive trade figures from China, which showed export growth unexpectedly accelerated in September, provided some relief to those worried about a slowdown in the world’s second-largest economy.

The trade data “will act as a cushion in the rest of the year amidst growing headwinds stemming from a slowing property sector, power shortages, and the risk of COVID-19 cases weighing on consumption,” Erin Xin, an analyst at HSBC, said in a note.

The data helped Chinese blue chips advance 0.31%, despite continued weakness in real estate stocks, while South Korea’s KOSPI rose 1.13% after September employment figures rose by the most since 2014.

Gains elsewhere were more muted, with MSCI’s broadest index of Asia-Pacific shares outside Japan rising 0.23%, steadying after falling over 1% a day earlier, its worst daily performance in three weeks.

Japan’s Nikkei shed 0.2%, as high energy prices and a weak yen mean trouble for a country that Japan buys the bulk of its oil from overseas.

Futures indicated that the uncertainty will extend into European trading. The pan-region Euro Stoxx 50 futures rose 0.11% FTSE futures were down 0.04%, and S&P 500 futures, lost 0.08%.

“This week, inflation is overriding pretty much everything else, because that pushes Fed expectations one way or the other and that’s just so dominant,” said Stefan Hofer, chief investment strategist for LGT in Asia Pacific.

“This earnings season is also critical because in the previous one, earnings especially in the US, were very strong, partly because of the base effect. The third quarter may be a little more standard,” he added.

The US Federal Reserve is inching closer to starting to taper its pandemic relief massive bond purchase programme, a decision that is complicated by growing fears around the world that rising energy costs will stoke inflation while also curtailing the economic recovery.

Oil prices are currently near multi-year highs, but steadied in Asian trading.

Also pushing expectations of taping, three US Federal Reserve policymakers on Tuesday said the US economy has healed enough for the central bank to begin to withdraw its crisis-era support.

This helped the dollar index hit its highest since September 2020 on Tuesday, though it inched lower in Asian hours on Wednesday as traders positioned themselves for CPI data.

The yen also regained a little ground having fallen to almost a three-year low earlier in the week.