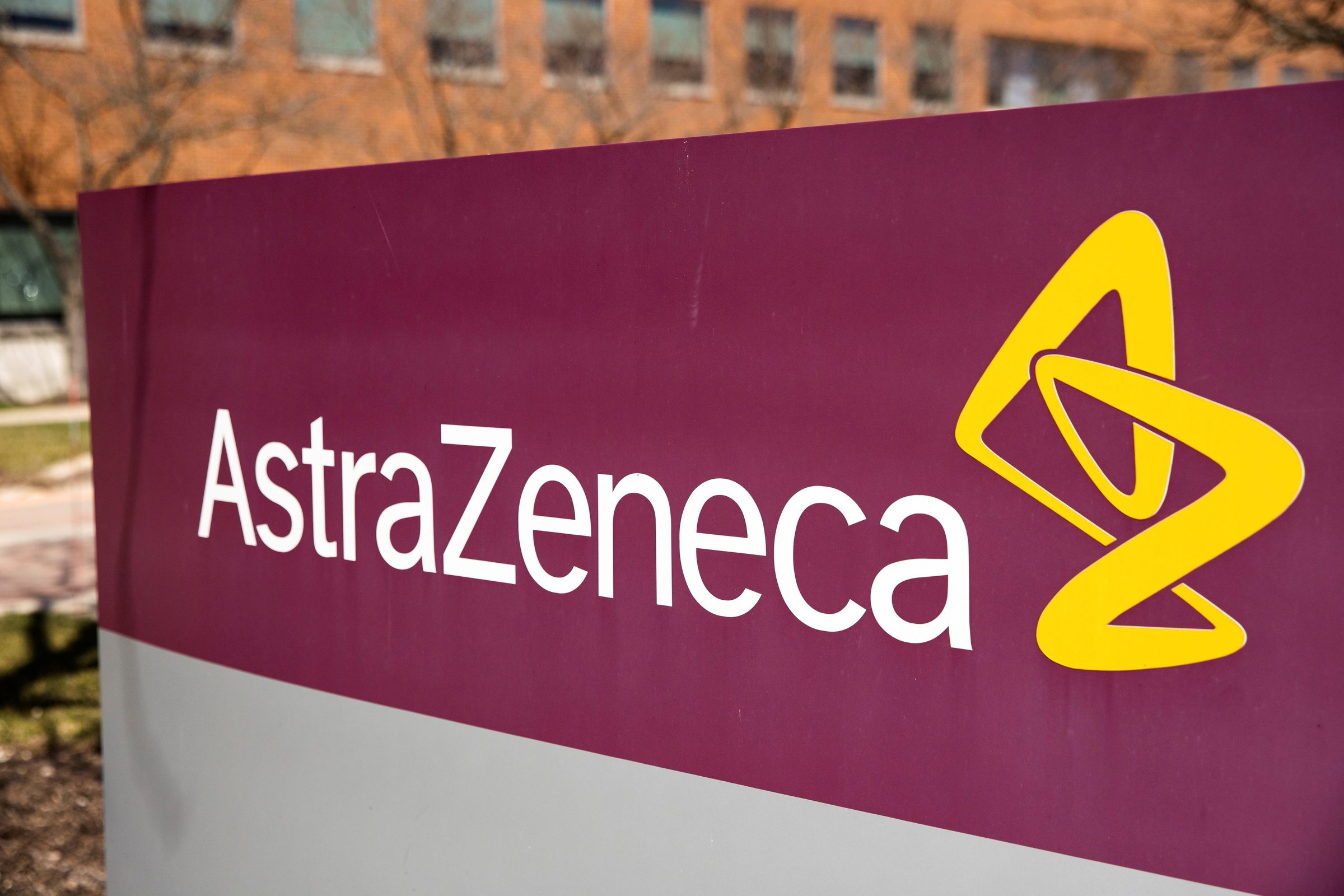 ASTRAZENECA. The AstraZeneca logo is seen outside its North America headquarters in Wilmington, Delaware, March 22, 2021.

Second-quarter sales of AstraZeneca‘s COVID-19 vaccine more than tripled to $894 million from the first quarter, but the drugmaker on Thursday, July 29, again delayed its US application for approval as it gathers more data for submissions.

The vaccine has been touted as a major weapon against the pandemic because it is cheaper and easier to use than some rivals. AstraZeneca and its Indian manufacturing partner say they have supplied a billion doses to 170 countries so far.

The company began work on the vaccine last year after teaming up with the University of Oxford, despite having no prior vaccine experience.

But the shot has also faced setbacks, including disputes over data, production problems, and links to rare side-effects that have led some countries to stop or restrict its use. The United States has been particularly critical of the vaccine.

AstraZeneca said on Thursday it now expected to seek US approval for the vaccine in the second half of this year, and it is still hopeful the shot will have a role to play there. Previously, it had planned an application during the first half.

A senior executive separately told Reuters that the company was exploring options for the future of its COVID-19 vaccine business, with more clarity on the matter expected by the end of the year.

Elsewhere, AstraZeneca is hoping for a boost from the recent purchase of rare medicines business Alexion.

Including Alexion, it now expects total revenue to increase by a low-twenties percentage this year, and core earnings of $5.05 to $5.40 per share. The forecasts do not include sales from the vaccine.

AstraZeneca shares fell 1.4% in early trade but had recovered the losses and edged higher by 1109 GMT.

The Anglo-Swedish drugmaker is also hoping to settle legal proceedings with the European Commission over vaccine delivery commitments.

Despite setbacks, the company said the vaccine, Vaxzevria, brought in $1.17 billion in sales in the first six months of the year, putting it among its best-selling products, behind first-placed lung cancer drug Tagrisso on $2.54 billion.

Vaccine sales were based on deliveries of about 319 million doses, it said, giving an average price of about $3.7 per dose. Deliveries from its partner, India-based Serum Institute, were not included.

AstraZeneca has said it will not make a profit from the shot during the pandemic but hopes to eventually generate earnings to make the business sustainable. Costs related to the vaccine shaved a cent off second-quarter earnings per share. That was down from 3 cents in the previous three months.

The company said it was also looking into how long the vaccine’s protection lasts and if a booster dose would be needed to keep up immunity.

“People received their second dose, at the earliest in March or April this year, so we need more time to know whether the protection is lasting or needs boosting,” chief executive officer Pascal Soriot said at a media briefing.

While AstraZeneca did not forecast vaccine sales for the year, rivals Pfizer, Moderna, and Johnson & Johnson have guided to $33.5 billion, $19.2 billion, and $2.5 billion for their COVID-19 shots, respectively.

Total revenue of $8.22 billion for the three months to June beat analysts’ consensus forecast of $7.58 billion. But core earnings of 90 cents per share fell short of an estimated 92 cents. – Rappler.com