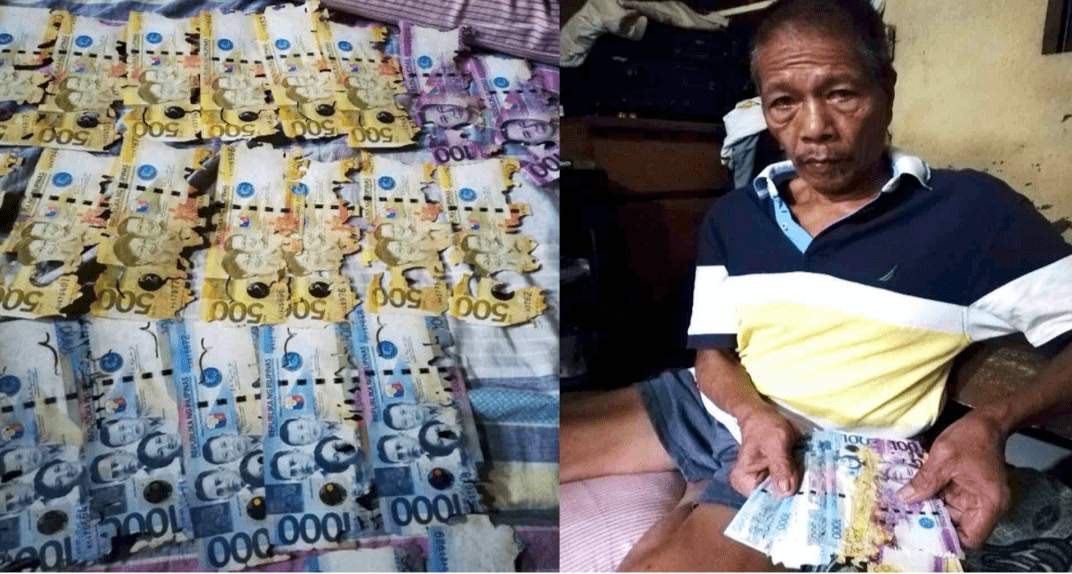 SAVINGS BACK. Adonis Buemia gets his mutilated bills replaced.

A 70-year-old man whose life savings were eaten by termites got his money back after the Bangko Sentral ng Pilipinas (BSP) replaced the severely mutilated bills.

Adonis Buemia, who has been delivering ice for 30 years, got back his P50,000 after the BSP did an evaluation and concluded that the bills were eligible for replacement.

(I’m very happy that my money was replaced and returned to me in full. Thank you very much to the bank for accepting my money. And thank you so much to the Bangko Sentral for all your help in replacing my money.)

Buemia earns P300 daily, said the central bank. He had kept his savings inside a cabinet in his home.

For replacement of dilapidated bills, these are the BSP’s regulations:

To avoid damage caused by termites, water, and other elements, the BSP encouraged the public to keep their savings in BSP-supervised financial institutions like banks where they will be secure. – Rappler.com