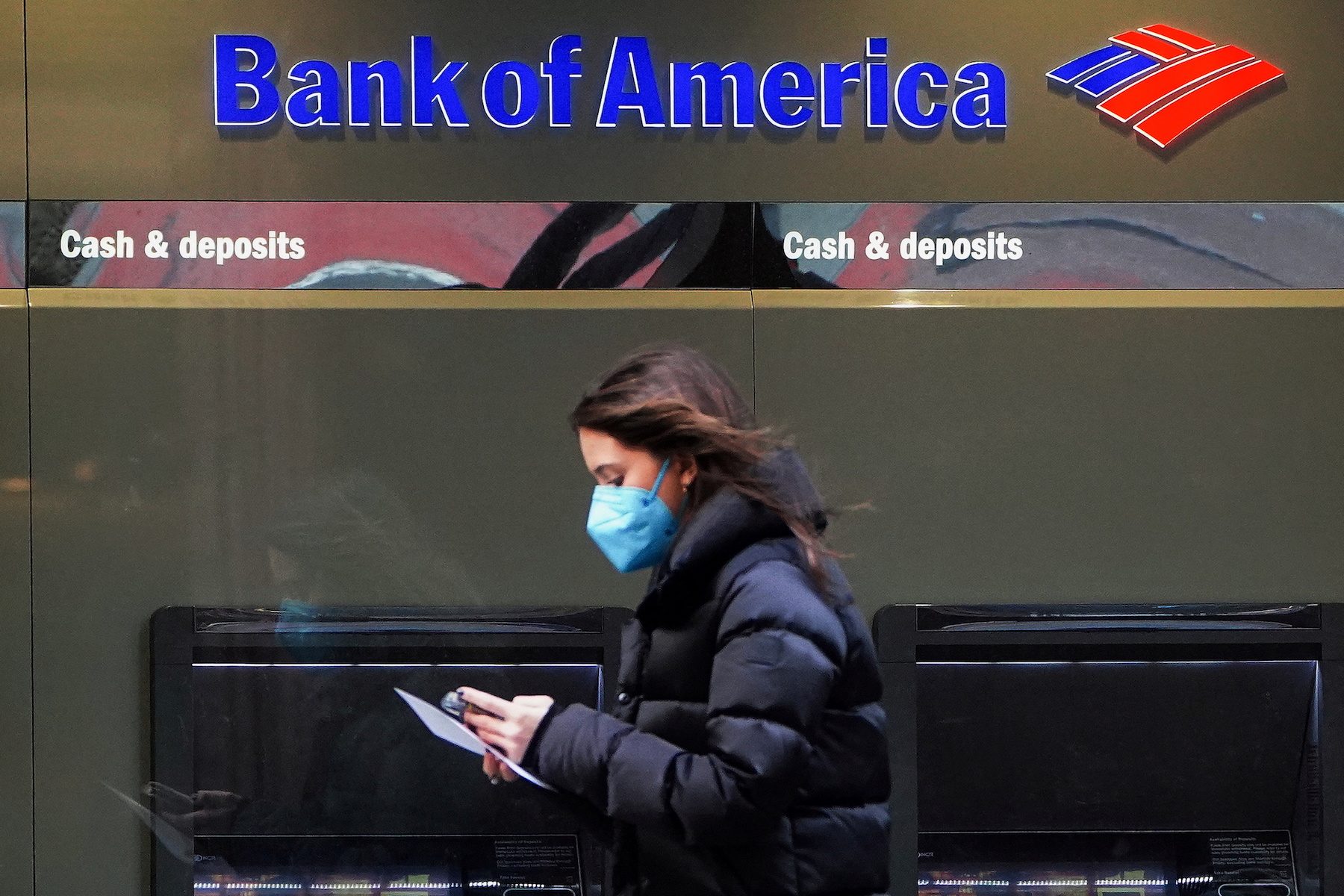 BANK OF AMERICA. A person walks past a Bank of America sign in the Manhattan borough of New York City, January 19, 2022.

Facebook Twitter Copy URL
Copied
Unlike its peers, Bank of America is expecting its expenses to be flat for 2022 compared with 2021

Bank of America Corporation reported a better-than-expected 30% jump in quarterly profit on Wednesday, January 19, driven by loan growth as well as record-breaking M&A volumes that helped drive its investment banking business, sending its shares up 1.9%.

Flush with cash and emboldened by soaring stock market valuations, large buyout funds, corporates and financiers struck billions of dollars worth of deals in the fourth quarter, generating record advisory fees of $850 million for BofA, up 55% from a year earlier.

A recovery in consumer spending on credit and debit cards and a strong performance in the bank’s trading and advisory business also helped bolster profit.

Average loans and leases, excluding those from the government-backed Paycheck Protection Program, grew 3.4% from the previous quarter and 3.2% from the year-earlier period, driven by strong commercial loan growth and higher card balances.

That compared with a 6% rise in average loans at JPMorgan Chase & Co. In contrast, Wells Fargo & Co. reported a 3% drop, although it noted positive trends to the upside in the final six weeks of 2021.

“[Loan growth] is very consistent. It is very broad-based across global markets, wealth, and consumer. It is hard to see that trend being interrupted right now,” Bank of America chief financial officer Alastair Borthwick said on a call with reporters.

“There is a lot there in terms of…stored potential for future loan growth.”

Combined spending on credit and debit cards grew 22% to $212 billion in the latest quarter.

Overall, profit rose to $6.77 billion, or 82 cents per share for the quarter ended December 31, beating analyst estimates of 77 cents per share, according to the IBES estimate from Refinitiv.

The bank reported revenue, net of interest expense, of $22.1 billion, up 10% from a year earlier.

Bank of America’s net interest income (NII) – a metric that measures the difference between the interest earned on loans and paid out on deposits – rose nearly 11% to $11.41 billion, helped by significant growth in loans and deposits.

“That assumes rising rates in the forward curve and loan momentum,” he said.

Revenue from the bank’s equities division was up 3% in the quarter, while that from fixed income trading was down 10% as stock prices continued to soar despite temporary hiccups from the Omicron coronavirus variant and a hawkish Fed.

Bank of America also released $851 million from its reserves for pandemic-related losses that did not materialize.

Bank of America, like other big investment banks and wealth managers, saw higher expenses from bonuses and other revenue-based compensation as bankers and financial advisers made the most of the capital markets activity in the second half of the year.

Unlike its peers, Bank of America said it was expecting its expenses to be flat for 2022 compared with 2021 based on estimations that some costs related to the pandemic will ease this year.

“What’s going to come out over time are some of the stubborn COVID costs,” Borthwick said on the call.

For example, Borthwick said it currently costs more than usual to run a branch. That is in part because of the cost of masks, hand sanitizer, new ventilation systems, extra cleaning and, occasionally, additional benefits for frontline workers.

Evercore ISI analyst Glenn Schorr said Bank of America’s expectations for flat expenses this year make it exceptional among its peer group because others have so far projected expenses will rise in 2022.