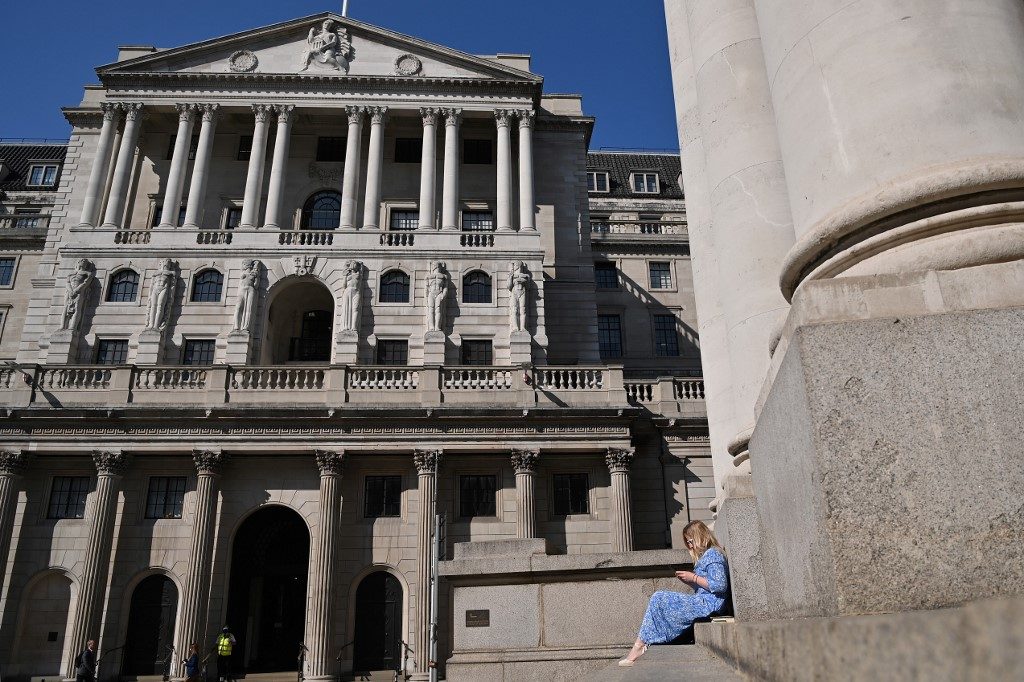 The Bank of England in central London on September 21, 2020. - England is on track for about 50,000 coronavirus cases a day by mid-October and a surging death toll unless the public gets serious about preventive action, top UK advisers warned today. (Photo by Ben STANSALL / AFP)

Bank of England Governor Andrew Bailey on Thursday, October 8, said United Kingdom economic output in the 3rd quarter was between 7% and 10% below pre-pandemic levels.

While this was far better than at the start of the pandemic, Bailey warned there was still an unprecedented level of uncertainty and that the risks to the economy are still to the downside.

“We think, in the 3rd quarter, on average, activity in the economy will probably [have been] somewhere between 7% and 10% below pre-COVID levels,” he said in an online conference.

“And while that number was obviously much better than we had in the spring, it’s still…produced a very big recession.”

Recent official data have shown that the UK economy shrank by a fifth in the 2nd quarter which coincided with Britain being in lockdown.

Bailey added that the economy faced the prospect of an “uneven” recovery as the British government battles a second wave of rising infections with tighter restrictions, particularly on the hospitality sector.

“When you look at areas of activity in the economy that require more close social interaction, it’s no surprise that they have been the weakest to recover,” he said.

“Other areas of the economy have actually recovered very strongly – and a few areas of the UK are ahead of where they were pre-COVID.” – Rappler.com