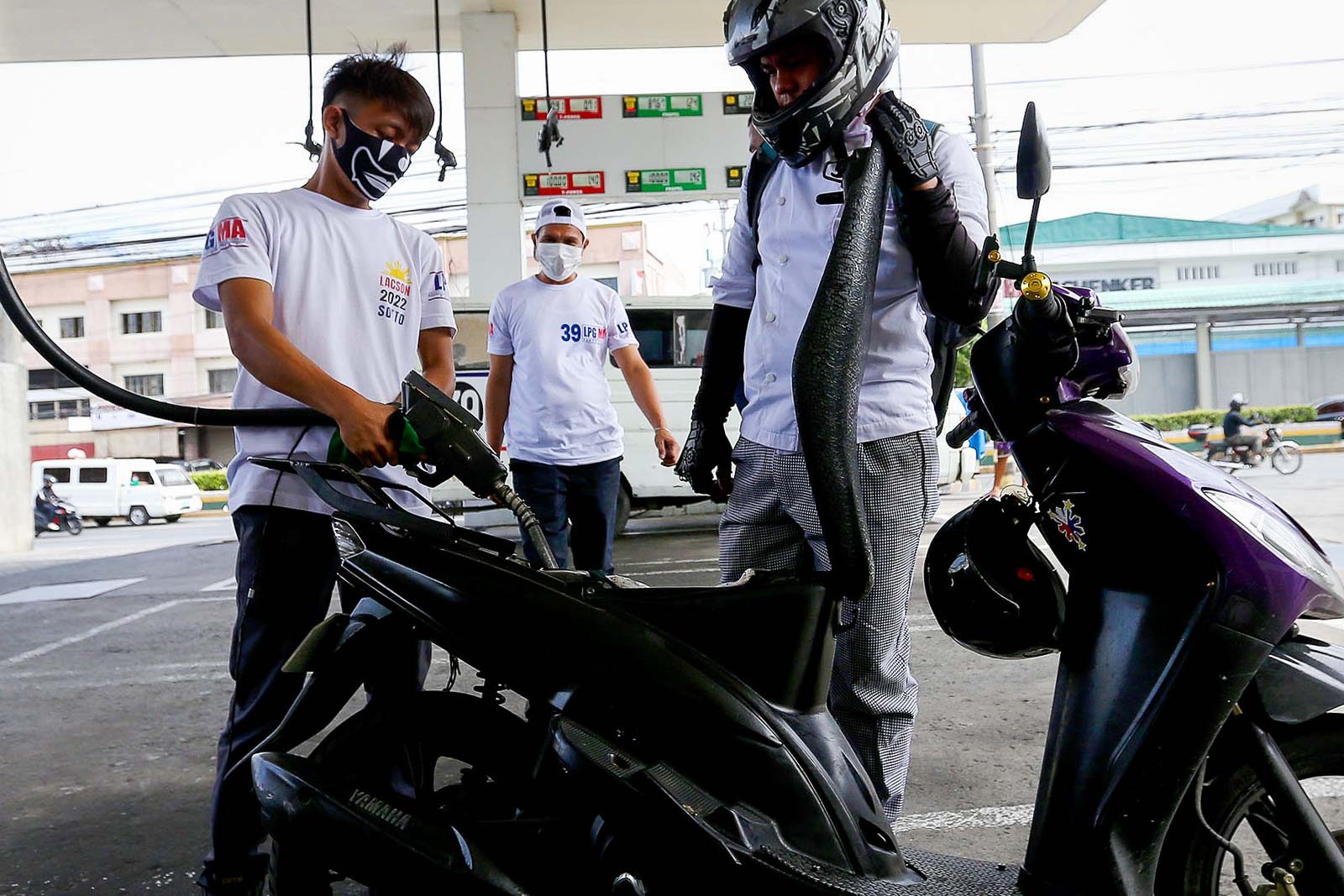 RISING PRICES. A pump attendant refills a motorcycle in Manila on March 9, 2022.

Bello said on Wednesday, March 9, that workers in Metro Manila earning P537 a day may no longer be able to cope with the prices of commodities and utilities.

“Setting and adjusting the wage level is one of the most challenging parts of minimum wage fixing. The minimum wage cannot be very low as it will have a very small effect on protecting workers and their families against poverty,” the labor chief said.

While there are no guarantees at this point, Bello mentioned that there is a pending petition to increase the minimum wage to P750 across regions.

“That’s why I said, it’s probably time for you (Regional Tripartite Wages and Productivity Boards) to work on this petition to see how we can address the concerns of this petition, taking into account the position of our stakeholders,” he said.

But Bello noted that if the minimum wage is set too high, it may have “an adverse employment effect.”

“There should be a balance between two sets of considerations,” he said.

Bello also said the regional wage boards should “speed up” the review of minimum wage, adding that the Russia-Ukraine conflict affecting oil prices “may be a compelling ground” to recommend a hike in minimum wage.

The labor chief expects wage boards to be able to submit recommendations before the end of April.

During the Duterte administration, the minimum wage in Metro Manila was increased for the first and only time in 2018. Bello defended the administration, saying that it focused on job preservation during the pandemic rather than wage hikes.

Oil prices have been increasing since 2021, but Russia’s invasion of Ukraine has sent global crude prices soaring to 14-year highs. Moscow is a major oil and gas producer and exporter.

Energy Secretary Alfonso Cusi, however, rejected House lawmakers’ suggestion to declare a state of economic emergency, saying that it is unnecessary. – Rappler.com