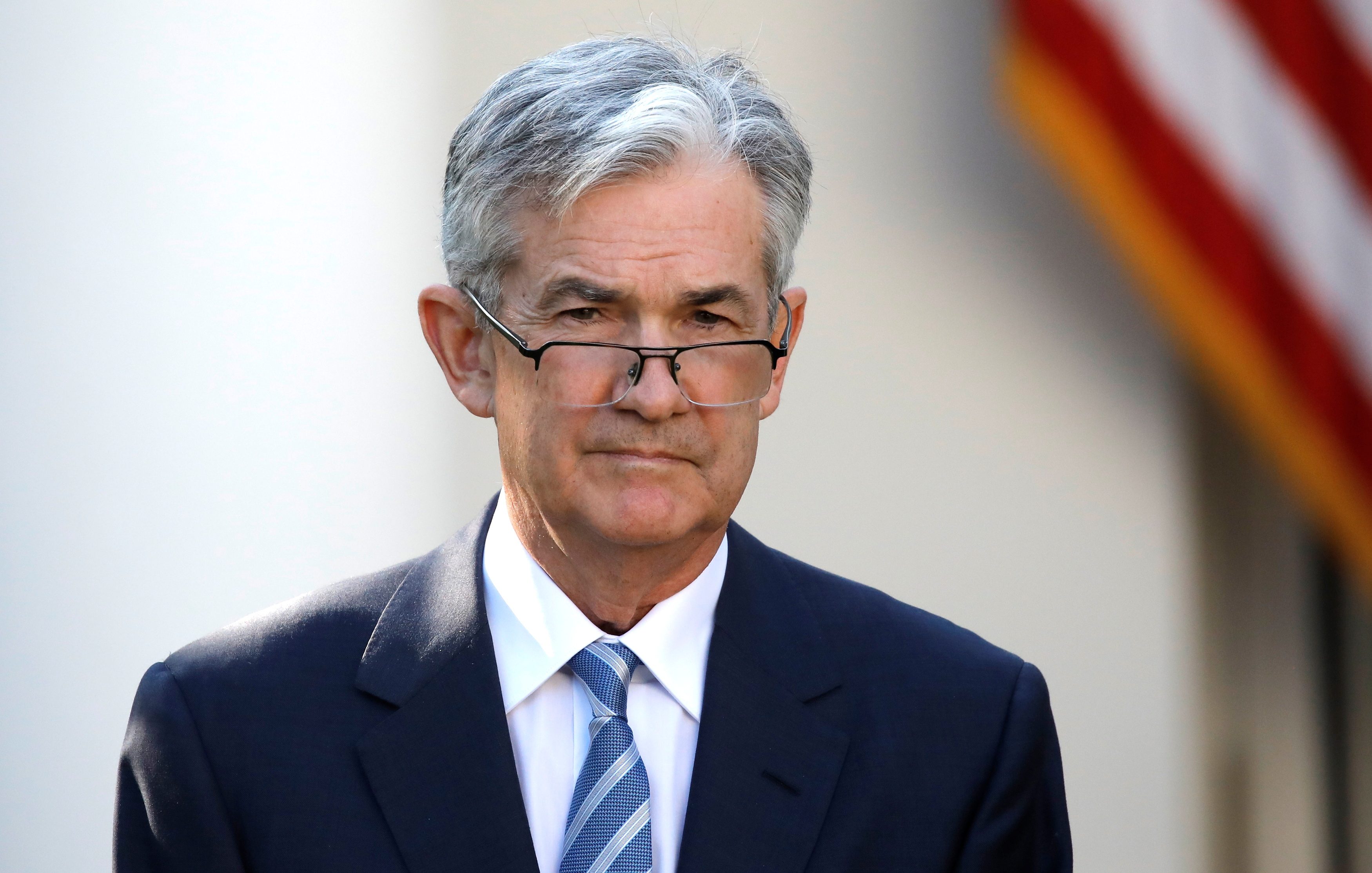 FED CHAIR. Jerome Powell at the Rose Garden of the White House in Washington, November 2, 2017.

Federal Reserve Chair Jerome Powell was nominated for a second four-year term by President Joe Biden on Monday, November 22, extending a tenure that began somewhat by chance, survived blistering criticism from former president Donald Trump, and now positions the ex-investment banker to finish the most consequential revamp of monetary policy since the 1970s.

Lael Brainard, the Federal Reserve board member who was the other top candidate for the job, will be vice chair, the White House said.

“While there’s still more to be done, we’ve made remarkable progress over the last 10 months in getting Americans back to work and getting our economy moving again,” Biden, a Democrat, said in comments emailed to reporters. “That success is a testament to the economic agenda I’ve pursued and to the decisive action that the Federal Reserve has taken,” he said.

Powell, 68, and Brainard, 59, will both need to be confirmed in their Fed leadership roles by the Senate, currently controlled by Biden’s Democratic party but closely divided.

The decision to stick with Powell, a Republican and former private equity lawyer elevated to the Fed’s top job by Trump, rejuvenates what in recent decades had been a bipartisan approach to filling the position, and several Republican senators have already endorsed the reappointment despite Powell’s rocky relationship with Trump.

It also is a vote for continuity at the central bank as the Fed navigates a period of unexpectedly strong inflation while also hoping to keep job growth underway. The two have worked together now for several years, collaborated on a recent revamp of Fed policy, and have complementary backgrounds – one a lawyer, the other a PhD economist, one from the private sector, the other with deeper roots in government.

US stocks opened higher after the news. Treasury bond yields also rose and the dollar strengthened.

Powell’s reappointment had been encouraged by a cross-section of investors and economists with both conservative and liberal leanings.

But controversy over stock trading during the pandemic by two former regional Federal Reserve bank presidents roiled the renomination process with calls for broader reform. Powell pivoted fast, quickly rolling out new ethics rules for top Fed officials far stricter even than the ones his critics in Congress apply to themselves.

His swift and aggressive actions at the start of the coronavirus pandemic in early 2020 were widely hailed as staving off a potential Depression. Later, some lauded his focus on jobs in the new policy framework launched just over a year ago, and others argued it would be too risky to oust the Fed chair during a sensitive transition from the emergency measures taken during the health crisis.

A recent run of inflation has added to the uncertainty – and the political risks that the White House might have taken on in switching gears now.

“Fundamentally, if we want to continue to build on the economic success of this year we need stability and independence at the Federal Reserve – and I have full confidence after their trial by fire over the last 20 months that Chair Powell and Dr. Brainard will provide the strong leadership our country needs,” Biden said in a statement.

The current recovery, somewhat unexpectedly, has produced risks of persistent inflation even with 4.2 million jobs still missing because of the pandemic – a potential conflict between the Fed’s twin goals of maintaining maximum employment and stable prices.

The nominations stop short of the broad and aggressive remake of central bank personnel that some Biden supporters have advocated. The White House statement noted that there were still open board seats to fill, including vice chair for supervision, that could be announced beginning in December.

A source familiar with the deliberations over Fed staffing said the president and his team have regularly engaged with a wide range of members of Congress and other stakeholders, including both progressive and moderate Democrats on Capitol Hill.

Biden recently met with Powell opponent and Massachusetts Senator Elizabeth Warren at the White House to gather her input on this decision, and the president and his team have been in regular and close consultation with Ohio Senator Sherrod Brown, chair of the Senate banking committee that will initially review the Powell and Brainard nominations. The president talked with both Brainard and Powell about his decision on Friday, November 19, the source said.

Powell’s second term would begin in early February, and the coming months will be crucial in determining whether his legacy will be as the Fed chair who elevated employment to the center of Fed policy, or as the one who let inflation surge and reestablish itself as a chronic problem.

Chance to cement a legacy

Powell, who joined the Fed as a governor in 2012, did not anticipate being named chair when Trump was elected. With a pre-Fed career that had included eight years as a partner at The Carlyle Group, one of the world’s largest private equity firms, and no formal economics training, he had instead eyed the vice chair for supervision position eventually filled by Randal Quarles. He was confirmed as Fed chair on an 84-13 vote, with Warren and Kamala Harris, now Biden’s vice president, among those opposing him.

He soon ran afoul of Trump, who hurled unprecedented public broadsides against Powell over Twitter and in frequent media appearances. At one point Trump labeled Powell an “enemy” of the United States for raising interest rates and explored whether he could fire him.

Powell not only survived but arguably grew in the job.

Initially hawkish as a governor, upon assuming the helm for US monetary policy he considered himself a student at first, paying particular attention to arguments over whether the Fed’s focus on inflation had disadvantaged workers. The years since the 2007 to 2009 financial crisis had convinced many that was the case.

In November 2018, Powell launched a policy review that culminated in August 2020 with the adoption of an approach allowing economic expansions to run longer and “hotter,” with temporarily higher rates of inflation. Ideally that would lead to job gains that reach broadly into society and narrow the gaps in unemployment among different demographic groups.

It was an approach that conformed to what seemed then to be the changing nature of the US economy, with embedded low inflation and low interest rates, and adapted as well to the demands of a pandemic crisis that threatened a permanent hole in the US job market.

Just over a year into that new approach, however, inflation is running at levels not seen in decades as resurgent demand for goods and services outstrips the supply of materials and labor in an economy still shaking off the rust of pandemic shutdowns. – Rappler.com