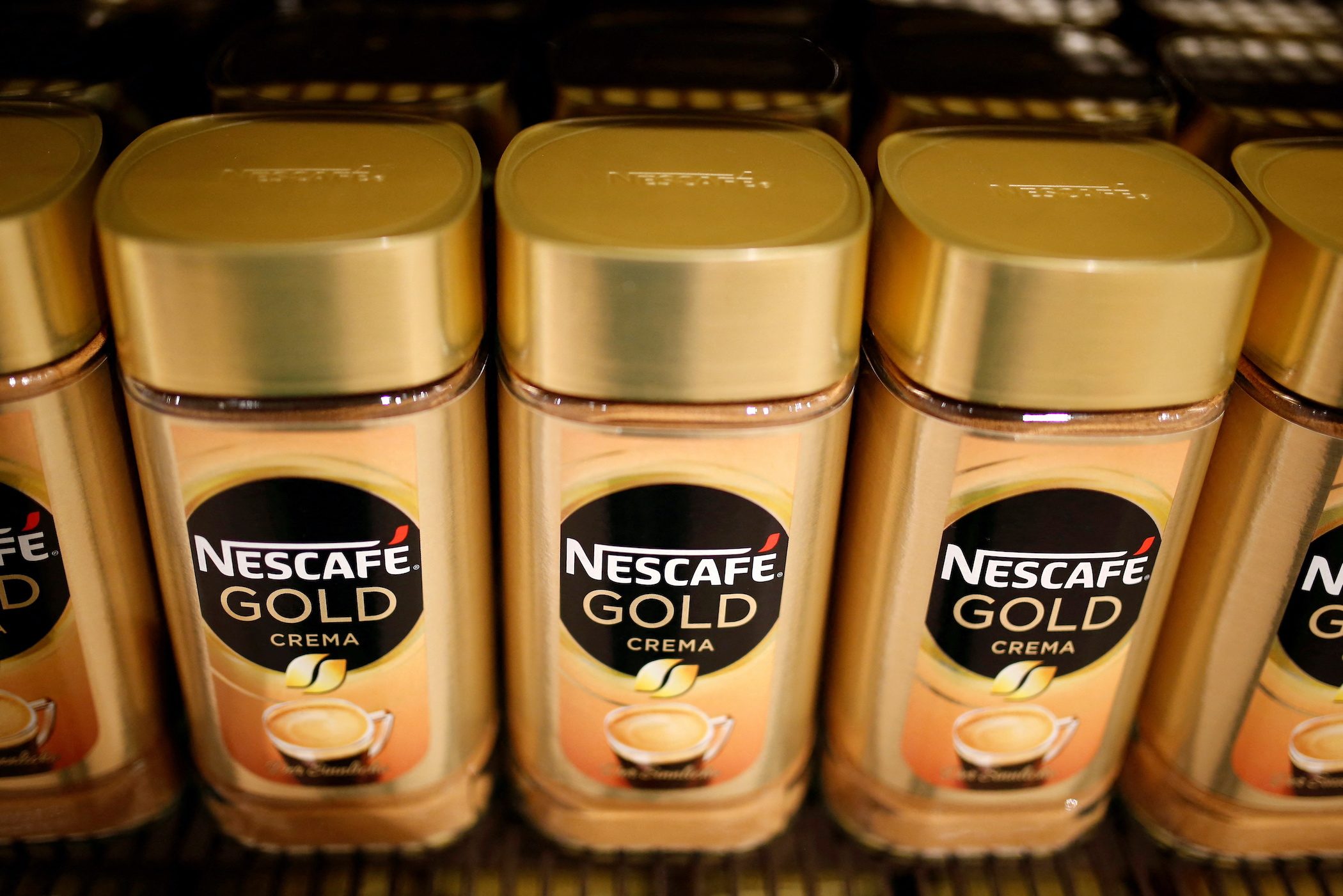 NESCAFE. Jars of Nescafe Gold coffee by Nestle are pictured at the Nestle headquarters in Vevey, Switzerland, February 13, 2020.

Facebook Twitter Copy URL
Copied
Some of Europe's biggest companies report sales increases for the first quarter of 2022, with Nestle, Danone, and Akzo Nobel saying they were able to accomplish the gains while raising their prices

But while cheering investors, with Nestle, ABB, and Akzo Nobel enjoying share price gains, the strategy is stirring worries about households’ ability to cope and the outlook for the rest of the year.

There have been some signs in US retail data that consumers have begun cutting back on discretionary spending amid high inflation and companies that thrived during the pandemic have lost some of their edge.

On Tuesday, April 19, Netflix blamed inflation, the war in Ukraine, and fierce competition on a loss of subscribers for the first time in more than a decade.

And while Nescafe owner Nestle was among the winners on Thursday, reporting a 7.6% rise in organic sales during the first three months of the year, its chief executive later warned that inflation has made its profit margin target more challenging.

Nestle beat a 5% average forecast for the sales measure that strips out currency swings and M&A deals in a company-compiled consensus thanks to price increases of 5.2%.

“We stepped up pricing in a responsible manner and saw sustained consumer demand,” the Swiss company, whose products include Purina pet food and Nespresso, said.

Still the world’s biggest food group said the current price rises were unlikely to be the last.

“Cost inflation continues to increase sharply, which will require further pricing and mitigating actions over the course of the year,” Nestle added.

French peer Danone, whose product lineup includes Activia yoghurt and Evian water, said it was also ready for further rounds of price increases “if needed” after reporting a 7.1% sales increase late on Wednesday.

The world’s biggest yogurt maker benefited from price increases at the start of the year as well as easier comparisons and stronger demand for baby formula in China.

Higher prices could be a sensitive topic in its French home market where the cost of living crisis sets the tone for the presidential runoff between incumbent Emmanuel Macron and his right-wing challenger Marine Le Pen.

Price rises have also not hurt demand for Dutch paint and coatings maker Akzo Nobel, which beat quarterly core earnings estimates on Thursday while reporting a 17% increase in prices compared with a year earlier.

CEO Thierry Vanlancker said that the group’s “vigorous pricing initiatives” had helped it manage “the unprecedented variable cost inflation that impacted our industry during the quarter.”

Beyond the consumer area, factory robots and industrial drive maker ABB also reported a 21% jump in orders during its first quarter despite increasing prices.

CEO Bjorn Rosengren said there were was no end in sight to price increases for components and metals, as well as rising transport costs.

This meant ABB would have to continue to lift prices to deal with it, he said, although there was no sign of customers holding back from equipping their factories with new products.

“They are still placing orders, I guess they are accepting it,” Rosengren told reporters. “We are not the only one lifting prices, everyone is doing that in the market. That is the new reality.”

Also on Thursday, Husqvarna, the world’s biggest maker of gardening power equipment, said it was raising prices further this month in response to rising supply and energy costs and said it had no indication retailers were holding back.

“They accept the price increases,” Henric Andersson, CEO of the Swedish group, told Reuters after the earnings report. – Rappler.com