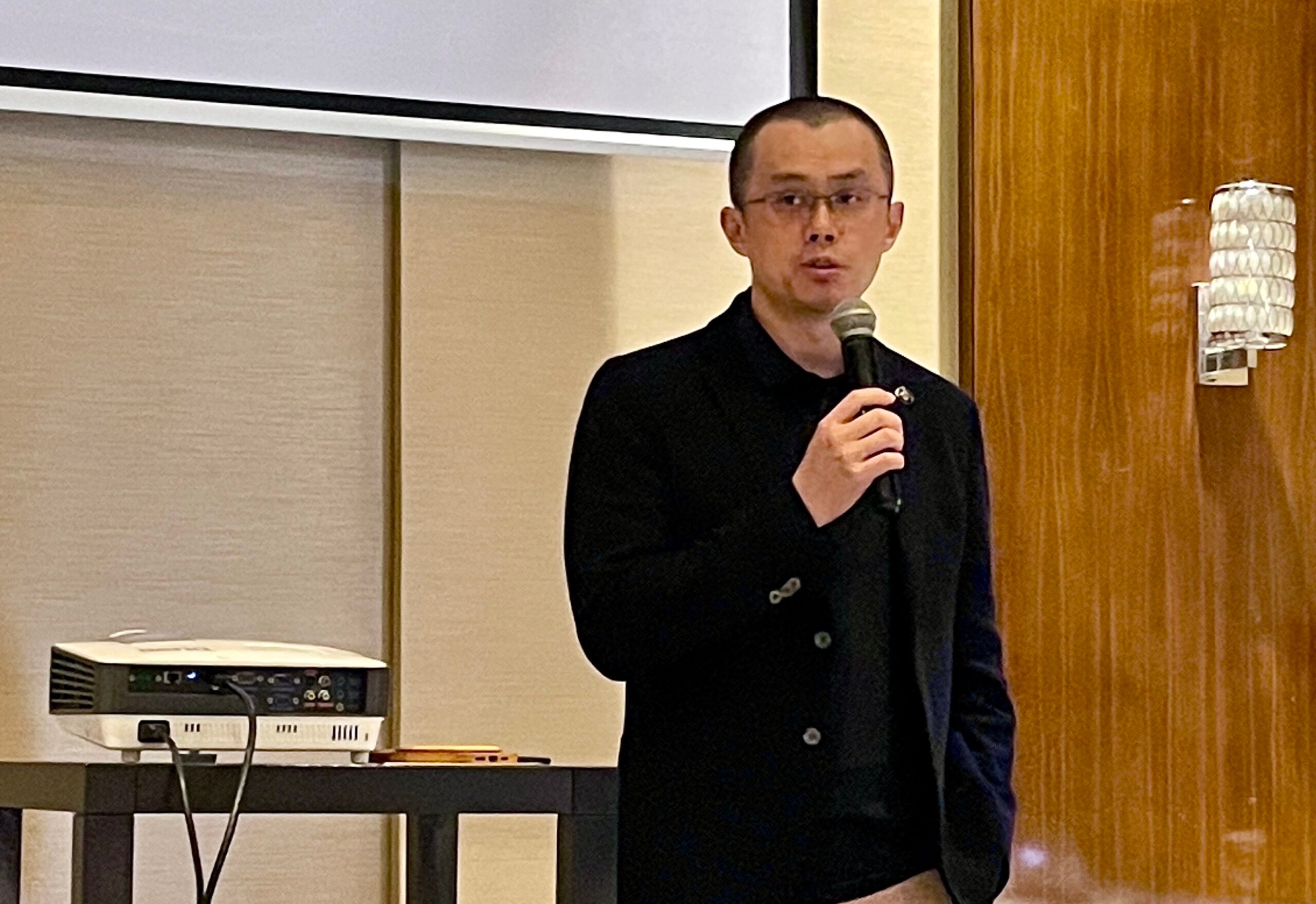 Facebook Twitter Copy URL
Copied
Binance CEO Changpeng Zhao says he's all for regulation, unlike the crypto OGs. He, however, shrugs off news reports of regulatory clampdowns the company is supposedly facing.

In a briefing in Manila on Wednesday, June 8, CZ said Bloomberg’s report of Binance facing an investigation by the US Securities and Exchange Commission (SEC) over its BNB token, the world’s fifth biggest digital token, is simply “not new news.”

“We could not confirm that and the SEC did not comment on that. Bloomberg also wrote a similar news a year ago, so this is not new news. Nothing happened to that either. So to us, we are very frustrated [by] the fact that they just report on rumors and didn’t provide any supporting evidence, etcetera,” Zhao said.

Binance is currently the world’s largest cryptocurrency exchange in the world in trading volume.

Bloomberg reported that the US SEC is examining whether the initial coin offering of BNB in 2017 was a sale of a security and should have been registered with the agency.

“A virtual currency may fall under the SEC’s remit if investors buy it to fund a company or project with the intention of profiting from those efforts. That determination is based on a 1946 US Supreme Court decision defining investment contracts,” the Bloomberg report said.

BNB’s value has surged to around $300 with a market capitalization of around $48 billion.

Meanwhile, a Reuters investigation found that Binance allegedly “served as a conduit” for laundering at least $2.35 billion in dirty money.

The report also said Binance “had no idea who was moving money” in the platform because of the anonymous nature of the accounts.

“We asked them for a list of transactions and we asked for them to clarify how they provided the number. They could not provide us supporting information. How did you calculate this? Give us the list of transactions. We would like to go through that list with law enforcement,” Zhao said.

“If it is a problem, we would like to fix it, but they could not provide the information, so it was just a headline number put out there but is now copied by many other news media. So this part is more frustrating for us. I don’t know where those came from,” he added.

Zhao was in Manila for a series of meetings with regulators, details of which were not disclosed, other than there are plans to invest in local banks and obtain licenses.

“There are at least two licenses that we are interested in. There is VASP (virtual asset service provider) license, crypto license. There is an EMI (electronic money issuer) license, which is more for traditional services,” he said.

Binance has no office in Manila, but it uses third-party companies which employ Filipinos for its tech and customer support.

While cryptocurrency fans frown upon tighter regulation, Zhao said Binance is all for it.

“I believe that regulation helps adoption, not the other way around. Not everybody on crypto agrees with me on that. There are many crypto OGs, the diehard, decentralized fans, they hate any type of rule, any type of regulation. I don’t believe that,” he said.

“Without regulation, we as industry players, we have less clarity on what we can and cannot do,” he added. –Rappler.com