Boeing says 141 jet orders in limbo amid war in Ukraine 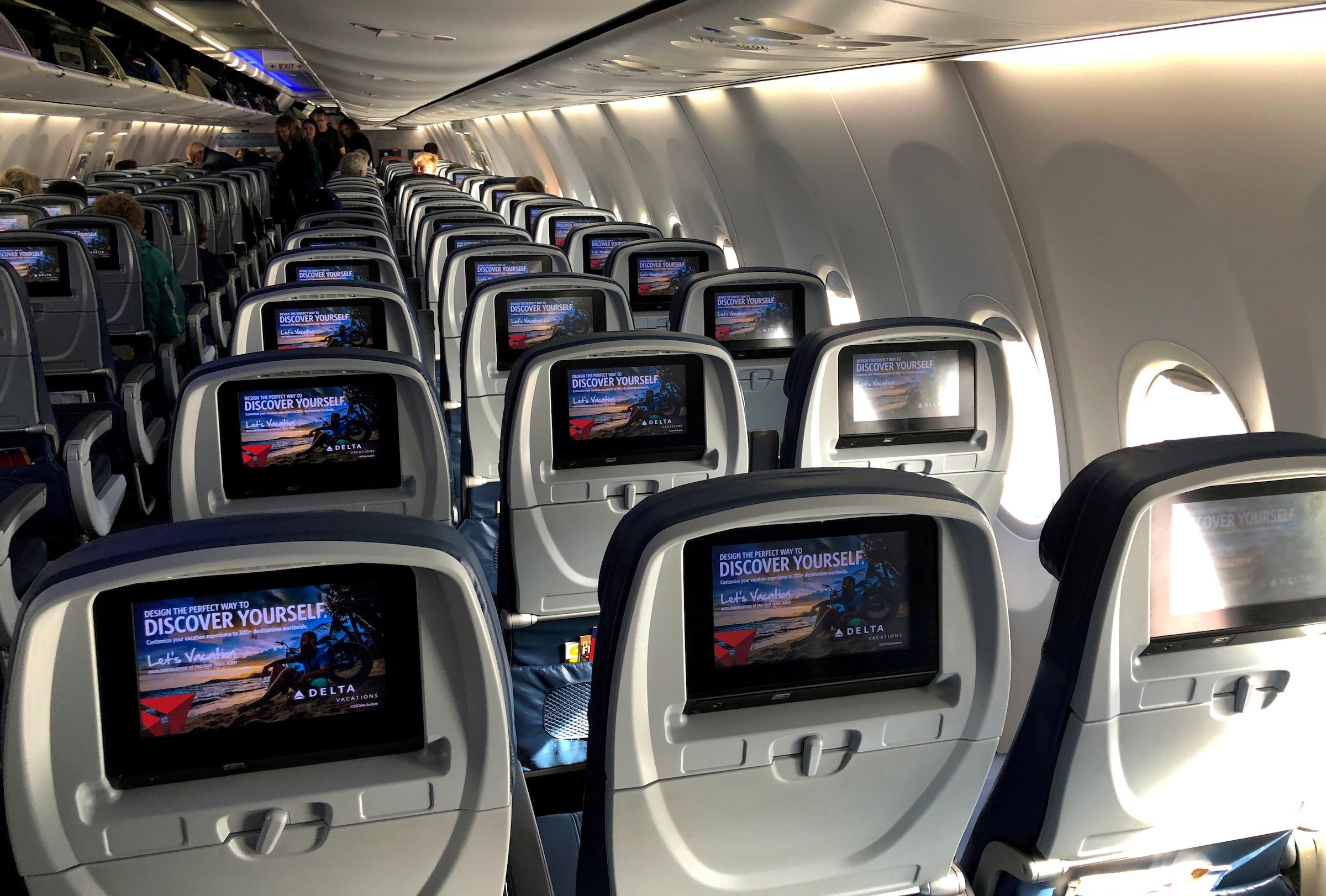 DELTA. Video screens are shown built into the backs of passenger seats on board a Delta Air Lines Boeing 737-900ER aircraft in San Diego, California, January 10, 2018.

SEATTLE, USA – Boeing on Tuesday, April 12, moved orders for 141 of its airplanes into accounting limbo due to the war in Ukraine and international sanctions against Russia, among other contractual issues, meaning it no longer expects the jets to be delivered.

Boeing unveiled the adjustment to its order backlog in monthly orders and deliveries data that also showed it had delivered 41 jets to customers in March.

The monthly deliveries tally included 34 of its cash-cow 737 MAX single-aisle jets, two 767 freighters for FedEx Corporation, and a 777 freighter for China Airlines.

The 41 March deliveries – nearly double the 22 it delivered in February and up from 29 a year ago – reflect rebounding travel and pandemic-driven cargo demand. Boeing said year-to-date deliveries stood at 95 aircraft.

Deliveries of its 787 Dreamliner remained frozen due to inspections and repairs for production flaws.

For the first three months of the year, Boeing’s orders rose to 167 from 114, Boeing said. Taking out cases where customers canceled orders or swapped models, orders stood at 145, up from 107, Boeing reported.

After adjustments for deals deemed unlikely to result in actual delivery, net orders year to date dropped to 76 from 179, Boeing said.

Boeing said the accounting adjustment included 141 aircraft removed from its backlog for financial and contractual considerations.

Most of the aircraft removed were due to the war in Ukraine, which prompted international sanctions against Russia and ruined Ukraine’s airline industry.

The orders were mainly for Russian carriers and included 138 of Boeing’s best-selling 737 MAX, and more than a dozen 777 and 787 widebody models.

Jet orders could return to the backlog if Boeing’s assessment changes.

Boeing rival Airbus said it delivered 142 planes in the first quarter, up more than 13% on the year.

Airbus said it sold a total of 253 jets in the first quarter, or a net total of 83 after cancellations.

Airbus does not publish a figure comparable to Boeing’s accounting adjustment, but industry sources said the European planemaker also has an internal filter for screening out orders that are unlikely to be delivered and does not place them into its production plan. – Rappler.com