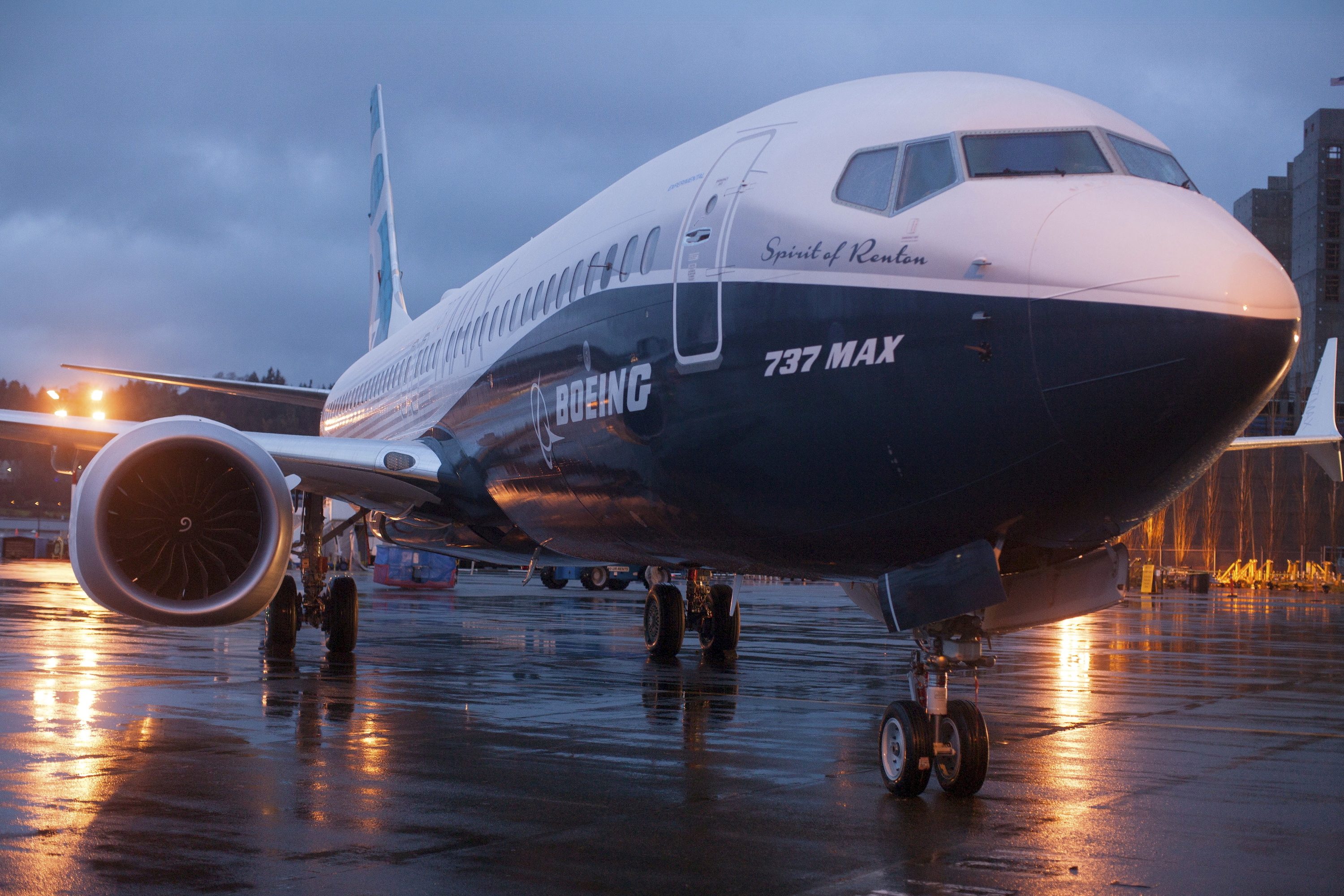 BOEING. A Boeing 737 MAX 8 sits outside the hangar at the Boeing plant in Renton, Washington, December 8, 2015.

Facebook Twitter Copy URL
Copied
Boeing reports a core operating loss of $353 million in the 1st quarter of 2021, its 6th straight quarterly loss, and the suspension of 737 MAX deliveries

Boeing said on Wednesday, April 28, it paused 737 MAX deliveries over an electrical issue that has partly regrounded the fleet, and sounded notes of caution over surging coronavirus cases in India and simmering US-China geopolitical tensions.

Boeing’s shares fell nearly 3% after the US planemaker reported its 6th straight quarterly loss and a charge on its high-profile Air Force One presidential jet program.

The smaller loss and a barrage of technical and financial challenges clouded optimism over a resurgent US domestic travel market fueled by vaccinations and pent-up demand.

“We view 2021 as a critical inflection point for our industry,” chief executive Dave Calhoun told analysts on a conference call.

Boeing has paused 737 MAX deliveries to address the electrical issues, and expects to “catch up on deliveries over the balance of the year,” Calhoun added. He also said he expects China to lift its grounding order on the 737 MAX in the 2nd half of 2021.

But Calhoun earlier told CNBC he could not predict when the 737 MAX’s electrical grounding issue would be resolved, and doubled down on caution over the long-off recovery of international travel, citing the pandemic’s impact and relations between Washington and Beijing.

Boeing has delivered more than 85 737 MAX jetliners since it was cleared by most regulators to reenter service late last year following two fatal crashes, lifting revenue and cash flow.

Boeing said it still expects to deliver half the 400 MAX jets in inventory by end-2021, with a return to positive cash flow in 2022.

But the new electrical grounding problem found on some models of the jet earlier this month has cast a shadow on Boeing’s freshly reaffirmed plans to increase 737 MAX production to 31 planes per month by early 2022. Airlines have pulled dozens of 737 MAX jets from service, awaiting repairs.

Boeing to pay $2.5 billion to settle US criminal probe into 737 MAX crashes 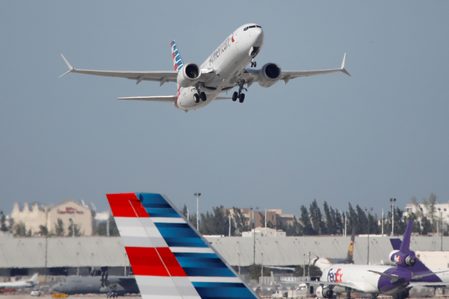 Calhoun, asked about concerns over Boeing’s falling market share in the narrow-body market against European rival Airbus, said, “I want to split that market.”

Highlighting Boeing’s risk in one of the most important battlegrounds for the next generation of jetliners, US major Delta Air Lines placed a firm order for 25 A321neo aircraft last week.

Calhoun’s remarks come after Boeing extended its required retirement age of 65 to 70 to allow Calhoun, 64, to stay in the top job.

Calhoun plans to stay in the role until he is 70, insiders say. His decision surprised many in the industry who saw him as a shorter-term crisis manager and triggered the upcoming exit of Boeing’s well-regarded chief financial officer and heir apparent for the job, Greg Smith, 54.

Boeing also reaffirmed a sharply-reduced production rate of 5 787 jetliners per month after consolidating production at its South Carolina factory.

It is facing reduced demand due to the pandemic’s impact on longer-haul travel, and a growing price tag for 787 retrofits due to production defects embedded in dozens of the advanced carbon-composite jetliners.

It still expects to deliver the first 777X mini-jumbo in late 2023 despite certification and design challenges, with a combined output of the new 777X and its 777 legacy model of two a month.

The US planemaker reported a core operating loss of $353 million in the 1st quarter, its 6th straight quarterly loss, compared with a loss of $1.70 billion a year earlier.

Boeing recorded a $318-million pre-tax charge related to Air Force One presidential aircraft due to a spat with a supplier.

In the quarter, Boeing completed a hot-fire engine test on NASA’s forthcoming SLS rocket and started production on the US Air Force’s new trainer jet. – Rappler.com