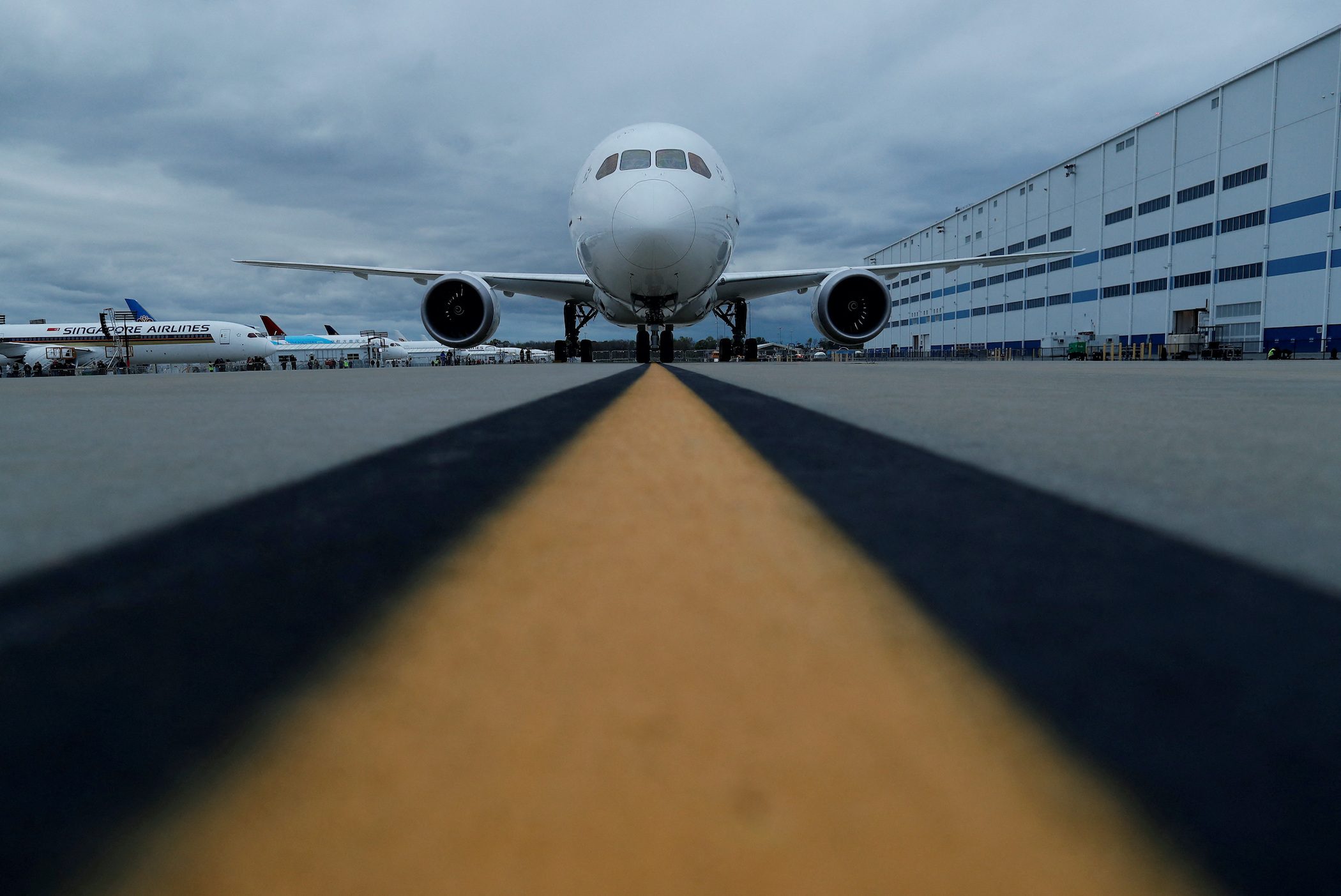 BOEING. The Boeing 787-10 Dreamliner sits on the tarmac before a delivery ceremony to Singapore Airlines at the Boeing South Carolina Plant in North Charleston, South Carolina, March 25, 2018.

WASHINGTON, USA – Boeing on Wednesday, August 10, delivered its first 787 Dreamliner since May 2021, a milestone for the planemaker that has faced production problems with its widebody jet.

American Airlines said it had taken delivery of its first Boeing 787 Dreamliner since April 2021, sending shares up 4.5%. American Airlines chief executive Robert Isom in an Instagram post reiterated the airline expects to receive nine 787s in 2022.

Reuters first reported on Monday, August 8, that the Federal Aviation Administration (FAA) had cleared the way for the delivery of the first plane.

In the aftermath of two fatal 737 MAX crashes in 2018 and 2019, the FAA pledged to more closely scrutinize Boeing and delegate fewer responsibilities to Boeing for aircraft certification. In September 2020, the FAA said it was investigating manufacturing flaws in some 787 jetliners.

Boeing has about 120 787s awaiting delivery. The FAA said it “will inspect each aircraft before an airworthiness certificate is issued and cleared for delivery.” Typically, the FAA delegates airplane ticketing authority to the manufacturer, but in some instances, like the 737 MAX, it has retained responsibility for approving each new airplane.

Boeing Commercial Airplanes chief executive Stan Deal told employees in an email seen by Reuters the planemaker will “continue to take the time needed to ensure each one meets our highest quality standards.”

In January, Boeing disclosed a $3.5-billion charge due to 787 delivery delays and customer concessions, and another $1 billion in abnormal production costs stemming from production flaws and related repairs and inspections. – Rappler.com