UK risks Christmas alcohol shortage due to lack of drivers 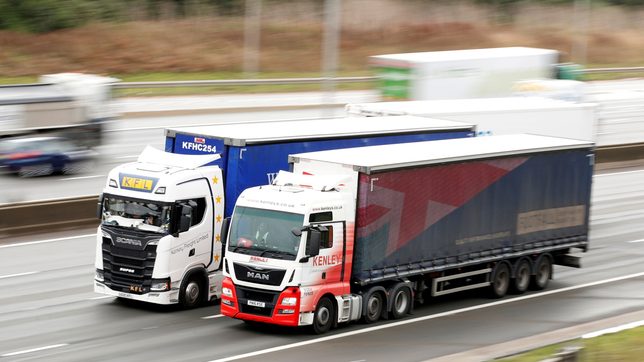 SHORTAGE. Trucks drive on the M1 motorway amid a fuel shortage, in Luton, Britain, September 30, 2021.

Britain could face a shortage of alcohol this Christmas unless the government steps up its efforts to address a shortage of heavy goods vehicle (HGV) drivers, the wine and spirits industry warned on Wednesday, November 24.

“There is mounting concern amongst our membership that unless urgent action is taken, we will fall deeper into delivery chaos,” said WSTA chief executive officer Miles Beale.

“We are already seeing major delays on wine and spirit delivery times which is pushing up costs and limiting the range of products available to UK consumers.”

The WSTA said its members had reported that importing products was taking up to five times longer than it did a year ago, with businesses that had previously been able to fulfill orders in two to three days experiencing shipments taking 15 days to process.

It also noted that freight costs had increased by 7%, as delivery firms have had to increase HGV drivers’ wages to retain them.

The WSTA wants Shapps to extend a temporary visa scheme for HGV drivers from February 28, 2022, to a minimum of one year, to ease the burden on industry and allow for a sufficient increase in domestic drivers.

It also wants his department to facilitate better routing of freight from ports and smaller UK-based driver networks for short-haul journeys.

The Department for Transport had no immediate comment. – Rappler.com